Four HHMI Scientists Elected to the National Academy of Medicine

Four HHMI investigators have been elected to membership in the National Academy of Medicine, an organization that honors professional achievement in the health sciences. 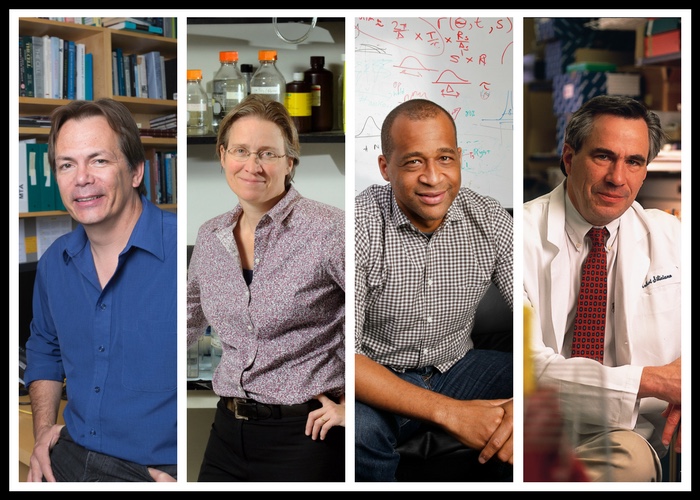 The HHMI investigators are among 70 regular NAM members and 10 international members announced today; all have been selected via a process that recognizes individuals who have made major contributions to the advancement of the medical sciences, health care, and public health.

“These newly elected members represent the most exceptional scholars and leaders in science, medicine, and health in the U.S. and around the globe,” said Victor J. Dzau, president of NAM. “Their expertise will help our organization address today’s most pressing health challenges and inform the future of health and health care to benefit us all."

The HHMI scientists elected today investigate a broad range of critical questions in the health sciences, including how genomic architecture influences neurocognitive function, how cellular machinery translates genetic messages into proteins, what neural circuitry underlies perception and behavior, and how HIV persists in the body.

Originally established by the National Academy of Sciences as the Institute of Medicine in 1970, the NAM honors professional achievement in the health sciences and serves as a national resource for independent, scientifically informed analysis and recommendations on health issues. The newly elected members raise NAM’s total active membership to 2,127, and the number of international members to 172.

The HHMI investigators elected today are: