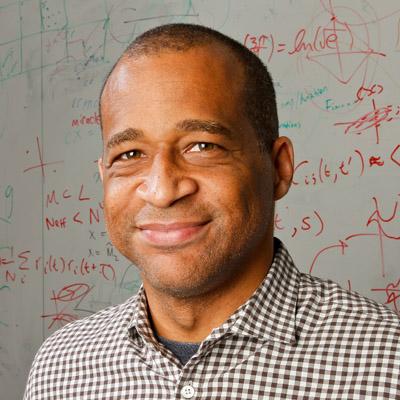 Dr. Moore is a professor of neurobiology at Stanford University School of Medicine. He was an HHMI early career scientist from 2009 to 2014.

The Moore lab focuses on identifying the neural circuits underlying fundamental perceptual and cognitive functions. Our research involves studying the activity of single neurons and large populations of neurons within the brain and testing how perturbing that activity affects neurons in other brain structures as well as how it affects the behavioral performance of behaving animals. A complementary objective of the lab is to develop and implement innovative approaches to fundamental problems in systems neuroscience.

A major challenge of studying the integrative functions of the nervous system is to understand how complex mental operations emerge from the interaction of distributed sensory and motor representations. To date, the level of detail at which neurobiologists can describe the chain of events giving rise to perceptions, thoughts, memories, and decisions is extremely rudimentary. Indeed, even defining those phenomena in physiological terms is difficult. Our understanding of the root causes of disorders and dysfunctions of these phenomena is likewise limited.

Much of the intense interest in understanding brain function is motivated by the hope that it might be possible to understand complex mental operations at the level of neurons and neural circuits. Research in my laboratory is focused precisely on that problem. Our primary goal is to identify the neural circuits and neural computations that are necessary and sufficient to drive fundamental cognitive functions. One key problem that my laboratory has focused on in recent years is how the nervous system selectively processes sensory input, or how it "pays attention."

Attention is the fundamental cognitive function that allows us to filter out irrelevant sensory information in favor of the relevant. For more than 100 years, philosophers, physicists, neurologists, and psychologists have recognized the broad significance of attention in human perception and behavior. Humans with impaired attention, such as the 5 percent of adults and children in the United States with attention-deficit hyperactivity disorder (ADHD), provide a compelling example of the importance attention plays in normal, adaptive behavior. ADHD, which is characterized by difficulty in "staying focused" and increased distractibility, is an impairment that is particularly disruptive in school-age children. In addition, as a fundamental cognitive function, abnormal attention is often observed in a number of other neurological disorders, such as autism spectrum disorder and Parkinson's disease. Attention is also a key component of the age-related decline in cognitive function observed in human subjects.

Over the past 10 years, work in my laboratory has taken important steps toward identifying the neural circuits that control visual attention. This work required integrating a large body of evidence from human perceptual studies with the available neuroanatomical and neurophysiological data from a broad range of studies across numerous visual and visuomotor brain structures of several species. Both sets of evidence suggest that candidate sources of attentional modulation of vision lay in the oculomotor system and specifically in an oculomotor structure within the prefrontal cortex (PFC) called the frontal eye field (FEF).

In a set of studies involving rigorous behavioral measurements and a novel combination of single-neuron electrophysiology and electrical microstimulation, we demonstrated that not only is the FEF a source of perceptually defined attention, but it is also a source of the neural correlates of attention observed within visual cortex. By now, the "textbook" view of the FEF's role in visually guided behavior focuses on its role in visual attention and its role in oculomotor control.

Relationship of Identified Attentional Control Mechanisms to Attention Disorders
More recently, we have begun integrating the above discovery with clinical evidence of a role of prefrontal dopamine in attention disorders, such as in ADHD. ADHD in humans is known to involve abnormal dopaminergic neurotransmission within PFC. Thus, we hypothesized that dopamine might mediate the PFC's top-down control of sensory signals. Using a newly refined neuropharmacological approach designed in my laboratory, we manipulated dopamine-mediated FEF activity in behaving monkeys and measured both its effect on oculomotor decisions and its effects on the sensory properties of neurons within visual cortex. The dopamine manipulation increased the tendency of monkeys to choose to look at visual targets within the corresponding part of space. In addition, it increased the degree to which neurons in visual cortex responded to visual stimuli at the same location and the degree to which these neurons conveyed information about the shape of visual stimuli.

This result shows that neural circuits involved in motor decisions are causally linked to those representing sensory stimuli at corresponding spatial locations. The results also provide a much-needed bridge between what is known about the importance of dopamine in normal and abnormal attentional control and the widely studied neural correlates of attention in sensory cortex.

Cellular Components and Cortico-Cortico Microcircuitry of Attentional Modulation
Because it is clear that most, if not all, high-level cognitive functions involve at least one region of the cerebral cortex, the importance of understanding how cortical microcircuits contribute to cognition has also become apparent. In particular, it remains unknown how the previously mentioned prefrontal control of posterior sensory cortices affects signals within each cortical column. As we have shown, neurons within the FEF influence feedforward signals within visual cortex, and this influence is mediated by dopamine. It also appears that the connections between the FEF and visual cortex involve recurrent excitatory interactions between pyramidal neurons within cortical pairs (e.g., FEF and area V4). However, the specific effects of these interactions on visual cortical microcircuitry have not yet been explored.

Our goal is to identify the specific cellular components that comprise the recurrent cortico-cortico circuits formed between the FEF and areas of visual cortex so that we may understand how operations such as attentional filtering emerge from these networks. Recently, we began pursuing this goal along two primary fronts. First, we have begun measuring the effects of selective attention across layers of single cortical columns. This work provides an unprecedented look at how attentional modulation develops and varies among neurons distributed across laminae of each columnar microcircuit, in which feedforward and feedback inputs are largely held constant. This study involves the implementation of newly developed laminar multi-electrodes within visual cortex of behaving monkeys and has thus far revealed a clear laminar dependence of the magnitude of attentional modulation—the first result of its kind.

Second, we have recently begun identifying the functional class(es) of neurons within the FEF that send projections to posterior visual cortex (e.g., area V4). Neurons within the FEF exhibit a continuum of visual, motor, and memory-related properties, which must be defined behaviorally. To date, it is unknown which of these signal properties are conveyed back to visual cortex. Indeed, we do not even know whether an efference "copy" of the movement commands that trigger saccade eye movements is sent to visual cortex, although it has been assumed to be the case for more than 50 years. Therefore, we have begun identifying the types of FEF neurons that project feedback to visual cortex using antidromic electrical stimulation. Thus far, we have found that FEF neurons carrying (working) memory-related signals are prominent among those projecting to visual cortex.

A grant from the National Institutes of Health provided additional support for this research.