A new analysis of difficult-to-access genetic variation is the most comprehensive ever conducted in plants. It could guide the improvement of tomatoes and other crops. 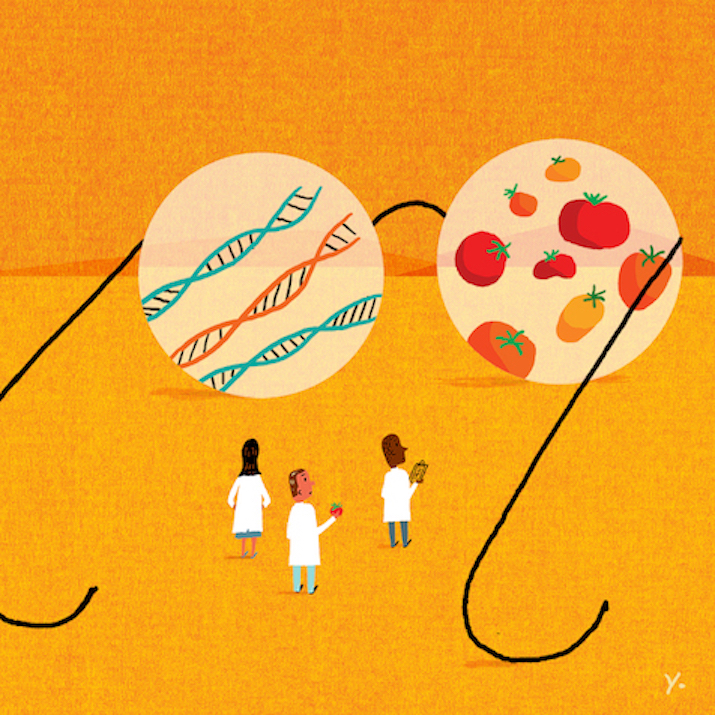 Human appetites have transformed the tomato – DNA and all. After centuries of breeding, what was once a South American berry roughly the size of a pea now takes all sorts of shapes and sizes, from cherry-like to hefty heirloom fruit.

Today, scientists are teasing out how these physical changes show up at the level of genes – work that could guide modern efforts to tweak the tomato, says Howard Hughes Medical Institute Investigator Zachary Lippman.

He and colleagues have now identified long-concealed hidden mutations within the genomes of 100 types of tomato, including an orange-berried wild plant from the Galapagos Islands and varieties typically processed into ketchup and sauce.

Their analysis, described June 17, 2020, in the journal Cell, is the most comprehensive assessment of such mutations – which alter long sections of DNA – for any plant. The research could lead to the creation of new tomato varieties and the improvement of existing ones, Lippman says. A handful of the mutations his team identified alter key characteristics, like flavor and weight, the researchers showed.

Previous studies have long shown that these mutations exist in plant genomes, says Lippman, a plant geneticist at Cold Spring Harbor Laboratory. “But until now, we didn’t have an efficient way to find them and study their impact,” he says.

A window into the genome

Mutations, or changes, in the four types of DNA letters carried within an organism’s cells can alter its physical characteristics. Scientists studying plants have generally focused on a small, tractable kind of mutation, in which one DNA letter is swapped for another. 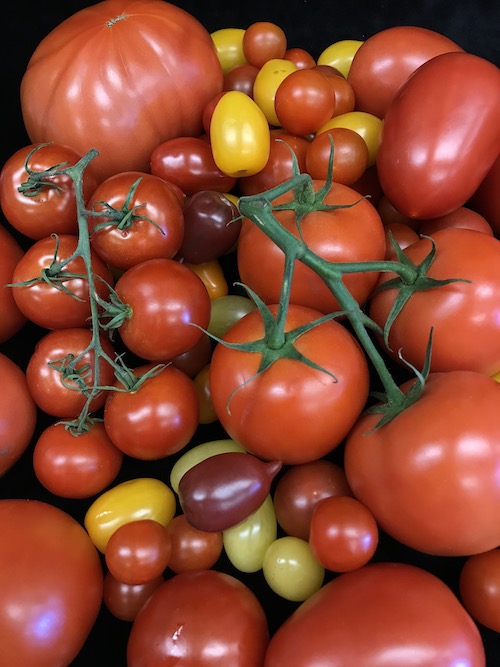 The mutations Lippman’s team studied are much bigger – they modify DNA’s structure by copying, deleting, inserting, or moving long sections of DNA elsewhere in the genome. These mutations, also called structural variations, occur throughout the living world. Studies in humans, for example, have linked these variations to disorders such as schizophrenia and autism.

Scientists can identify mutations by reading out the letters of DNA using a technique known as genetic sequencing. Limitations in this technology, however, have made it difficult to decode long sections of DNA, Lippman says. So researchers haven’t been able to capture a complete picture of structural mutations in the genome.

Even so, plant geneticists have suspected that these mutations contribute significantly to plants’ traits, says Michael Purugganan, who studies rice and date palms at New York University and was not involved in the new study. “That’s why this paper is so exciting,” he says. Lippman’s team not only found these mutations in tomato and its wild relatives, but also determined how they function within the plants, he says.

A guide for future tomatoes

The new study, a collaboration with Michael Schatz at Johns Hopkins University and others, identified more than 200,000 structural mutations in tomatoes using a technique called long-read sequencing. Lippman likens it to looking through a panoramic window at large sections of the genome. By comparison, more conventional sequencing offered only a peephole, he says.

The majority of the mutations they found do not change genes that encode traits. But what’s clear, Lippman says, is that many of these mutations alter mechanisms controlling genes’ activity. One such gene, for instance, controls tomato fruit size. By modifying DNA structure – in this case, the number of copies of the gene – Lippman’s team was able to alter fruit production. Plants lacking the gene never made fruit, while plants with three copies of the gene made fruit about 30 percent larger than those with just a single copy. 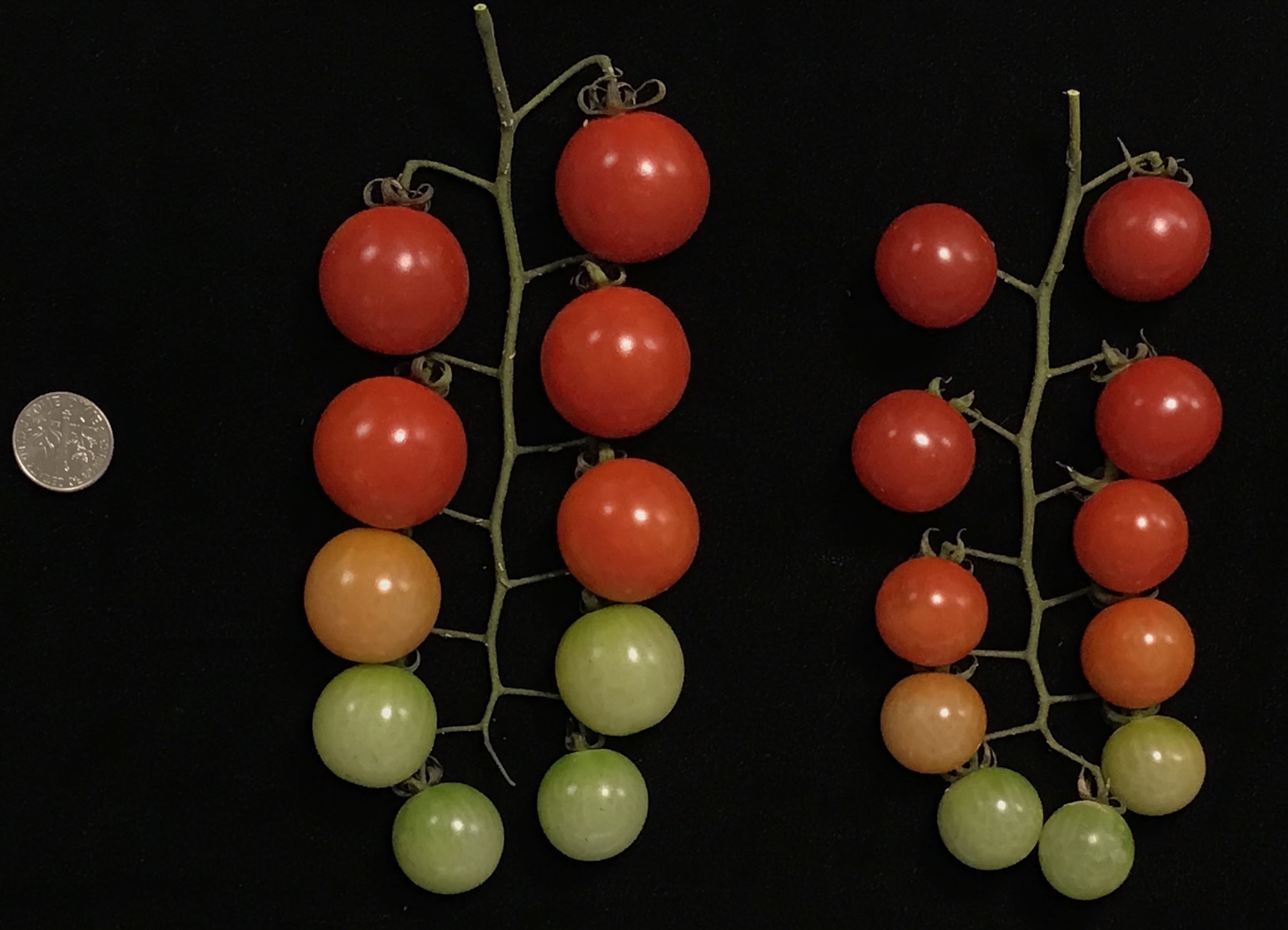 Lippman’s team also demonstrated how DNA structure can influence traits in an example he calls “remarkably complex.” They showed that four structural mutations together were needed for breeding a major harvesting trait into modern tomatoes.

These sorts of insights could help explain trait diversity in other crops and enable breeders to improve varieties, Lippman says. For instance, perhaps adding an extra copy of the size gene to tiny ground cherries, a close relative of the tomato, could increase their appeal by making them larger, he says.

“One of the holy grails in agriculture is to be able to say, ‘If I mutate this gene, I know what the output will be,’” he says. “The field is making important steps toward this kind of predictable breeding.”