The Neural Circuitry of Parental Behavior 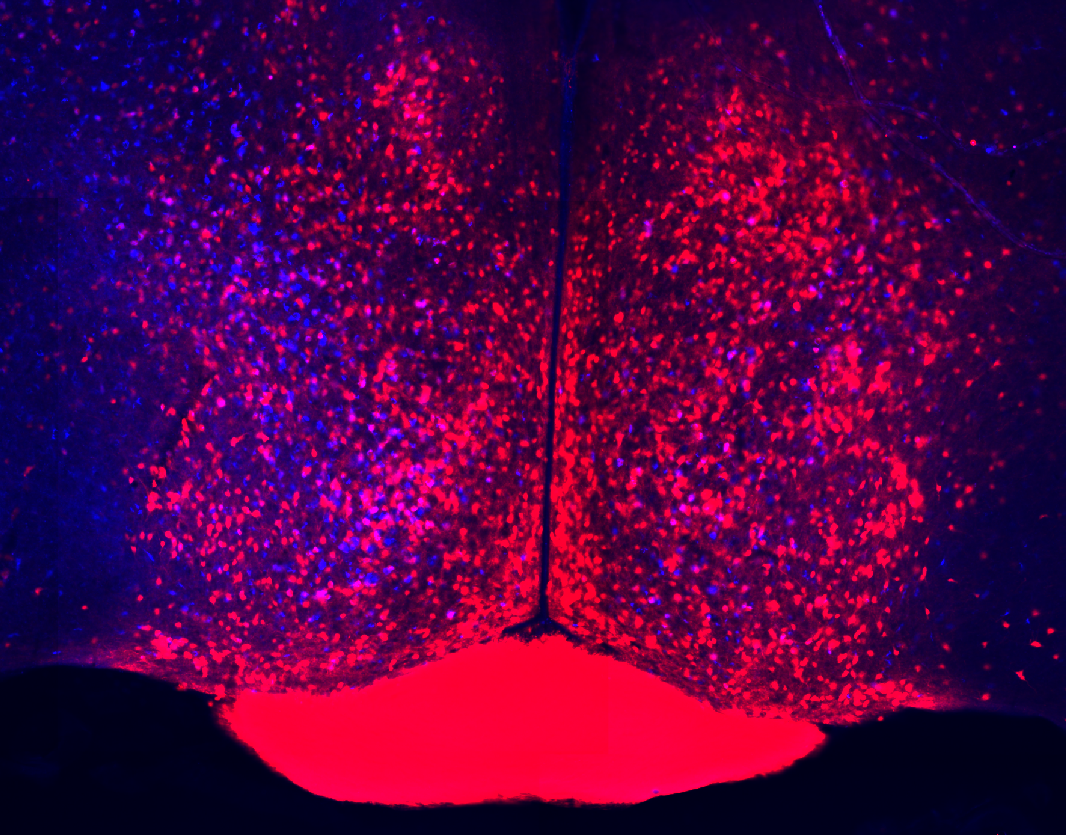 For the first time, scientists have deconstructed the brain circuits that orchestrate parenting behavior in mice.

The team, led by Howard Hughes Medical Institute Investigator Catherine Dulac, has discovered that more than 20 different parts of the brain are integrated into this circuitry. Distinct sets of cells within a parenting-control hub trigger the motivational, behavioral, and hormonal changes involved in the nurturing of young animals, Dulac’s team reports April 11, 2018, in the journal Nature.

“Nobody has ever dissected control of any complex social behavior in such detail, at this level of understanding,” says Dulac, a neurobiologist at Harvard University.

It’s not yet known whether humans and other animals share the parental brain circuits identified in mice. But Dulac notes that neurons that have been found to control other essential behaviors in mice do exist in other vertebrates. Teasing out how the brain controls parenting might one day help researchers devise ways to help mothers bond with their infants in cases of postpartum depression, she says.

Dulac was curious about the brain circuits that control parenting not only because of the many different activities they must coordinate, but also because of a key distinction between males and females.

Female mice exhibit maternal behaviors whether or not they have pups of their own. Male mice don’t share that parenting instinct, unless they have recently mated. Their usual behavior toward young mice is aggression, but three weeks after mating ­– about the time potential offspring would be born ­– things change. “Males lose their aggression toward pups, and their behavior looks exactly like that of a female,” Dulac says.

Like mothers, father mice also nurture their young, and will carry them to the nest and groom them. In males and females, this parental behavior maps to similar circuits in the brain. Credit: Dulac Lab/HHMI/Harvard

These mice spend their time building nests, huddling near pups, grooming them and keeping them near. They become less interested in interacting with adult animals, and much more interested in interacting with pups. Hormone levels change, too. “What we group in one term, parental care, actually means a lot of things change,” Dulac says. “A lot of neural circuits are modified within the brain.”

Several years ago, Dulac and her team discovered a cluster of neurons in a part of the brain known as the medial preoptic area that coordinates these widespread changes. For the current study, the team traced connections to and from these parenting-control cells, all of which produce a signaling molecule called galanin. Their maps revealed that the parenting hub receives signals from 20 different brain regions and relays information to just as many. Each individual galanin-producing neuron projects to only one of these brain regions, suggesting that subsets of cells control different functions, Dulac says.

To unravel these roles, the team, along with first author Johannes Kohl, a postdoctoral fellow in the Dulac lab, used light-based tools to manipulate the activity of different sets of cells. One set projects from the parenting center to a region within the brain’s premotor midbrain area called the periaqueductal gray. “Those neurons are dedicated to the motor control of parenting,” Dulac says. When the team activated these neurons, mice increased their grooming of pups – even virgin males, which normally have no such instinct. Switching off the same neurons reduced pup grooming in both males and females.

Another set of galanin neurons sends signals to the ventral tegmental area, a key component of the brain’s reward center. Activating those neurons dramatically increased animals’ motivation to interact with pups. When the team switched these cells on, both male and female mice scaled plastic barriers placed in their cage to reach pups on the other side. Activating these cells had no impact on the animals’ parenting behavior, however. This was clearest in experiments with virgin male mice, which climbed the barrier only to attack the pups.

A mother mouse will scale a barrier to reach her pups on the other side. Researchers have pinpointed the neural circuitry behind this parental motivation. Credit: Dulac Lab/HHMI/Harvard

The team also showed that galanin neurons projecting to the amygdala, an almond-shaped region known for its role in emotional processing, keep parents focused on their pups. Parents stayed focused by ignoring social cues from other adults, Dulac’s team found.

And cells signaling to a hormone-regulating region of the brain’s hypothalamus appear to modulate the parenting-related hormones oxytocin, vasopressin, and the stress hormone corticotropin-releasing hormone.

The team found no dramatic differences in the wiring of parenting circuitry between males and females. They will continue to investigate what activates males’ post-mating parenting mode.

Interestingly, Dulac says, the parenting circuitry her team discovered shares organizational similarities to neurons in the spinal cord that control muscle movement. Both comprise coordinated but distinct pools of cells that control discrete functions. It remains to be seen whether the circuits that underlie other social behaviors share this logic, she says.