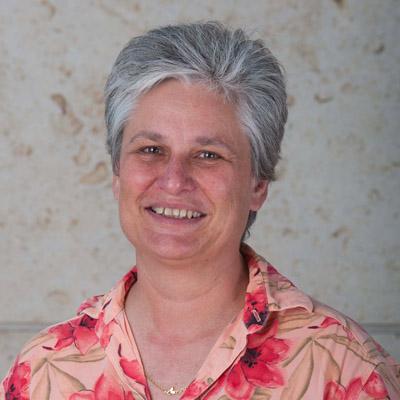 Catherine Dulac is investigating the molecular and cellular architecture of neuronal circuits underlying social interactions in the mouse brain.

Mice strongly rely on chemical cues to guide social and defensive behaviors, offering a unique opportunity to explore the molecular and functional principles of associated neural circuits. Dr. Dulac’s work led to the discovery of novel families of candidate pheromone receptors as well as signaling molecules associated with the process of pheromone detection in the vomeronasal organ (VNO). In turn, the molecular and functional characterization of VNO specific receptors and signaling molecules has provided significant insight into the logic of the pheromone-evoked responses in mammals. In more recent work, the Dulac lab developed a strategy to uncover the nature of the signals detected by individual VRs, thus offering new avenues to explore how patterns of receptor activation trigger distinct behavioral responses. This approach provided significant insights into the molecular logic of VNO detection and enabled for the first time to identify individual VRs activated by single compounds, providing powerful new tools to investigate the functional organization of discrete behaviors circuits.

In order to gain insight into sensory processing modulating behavioral and endocrine changes related to reproduction, the Dulac laboratory used conditional strains of neurotropic viruses to retrogradely trace the inputs to neurons synthesizing luteinizing hormone releasing hormone (LHRH), the master regulator of reproduction and fertility produced in the hypothalamus and medial septum. Strikingly, the study failed to document any anatomical or functional connectivity between LHRH-expressing neurons and structures of the vomeronasal pathway, thus contradicting the established notion that VNO activity exerts a direct influence on LHRH neuronal activity, and in turn, on the endocrine control of reproduction. Instead, the data reveal the existence of other sensory inputs, including a major projection pathway from the primary olfactory cortex originating from a circumscribed population of olfactory sensory neurons in the MOE, and uncover the severe reproductive defects of animals lacking MOE function.

The genetic manipulation of pheromone signaling led to a novel assessment of the respective roles of the vomeronasal organ (VNO) and the main olfactory epithelium (MOE) in pheromone-mediated behaviors. We discovered that, in contrast to previous thinking, VNO activity is not required for the initiation of male-female mating behavior in the mouse, and instead, ensures sex discrimination among conspecifics. In contrast MOE signaling appears essential to trigger mating in the mouse. In a followup study, Dr. Dulac showed that female mice lacking TRPC2 display unique characteristics of male sexual behaviors and show defect in female-typical behaviors. These data led to the hypothesis that functional neuronal circuits underlying both male-and female-specific behaviors exist in the mouse female brain, and that, in normal females, the vomeronasal system controls the sex-specificity of social behaviors by activating female-specific effector circuits, while repressing male-specific circuits.

The sexual dimorphism of male and female behavior towards pups offers a unique opportunity to explore the nature and function of the underlying neural circuits. Using c-fos induction as readout of neuronal activity, Dr. Dulac identified Galanin-expressing neurons in the Medial Preoptic Area (MPOA) as specifically activated during parental behavior of both males and females and showed that their ablation results in dramatic impairment of parental responses in males and females, while optogenetic activation in virgin males suppresses pup-directed aggression and induces pup grooming. These data provide significant insights into the control of opposing social behaviors: parenting versus pup-directed aggression, and open new avenues to dissect circuits underlying parental behaviors and their modulation by social experience.

An intriguing and fundamental property of brain function is the ability to sustain long-term changes in neuronal activity. Recent years have seen an extensive search for gene regulatory mechanisms that persist over long time scales, and that may underlie long-term behavioral changes. To explore these issues, Dr Dulac has initiated a genome-wide characterization of genomic imprinting in the adult and embryonic mouse brain, and identified over large number of genes with parent-of-origin allelic expression differences, underscoring genomic imprinting as a major mode of epigenetic regulation in the brain. These data have significant implications for the understanding of epigenetic regulation of brain function and behavior.

These projects have been partially supported by awards from the National Institute of Health and the Simons Foundation.