A map of interactions between the novel coronavirus and human proteins is helping scientists identify drugs that might work as therapeutics. 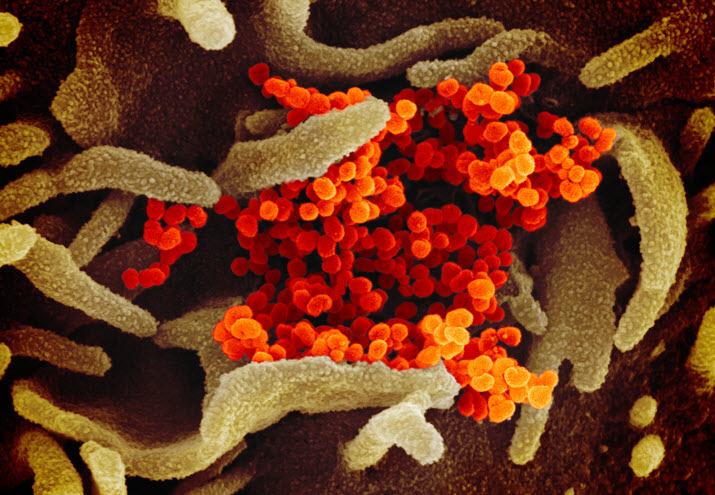 As hospitals around the world become increasingly overwhelmed by severe cases of COVID-19, researchers are hunting for existing drugs that could quickly be repurposed to fight the infectious respiratory disease.

“It’s been more and more urgent almost every day,” says Howard Hughes Medical Institute Investigator Kevan Shokat, a chemical biologist at the University of California, San Francisco (UCSF). He’s part of a large multi-university initiative to identify and test existing drugs that might lessen the severity of COVID-19 symptoms.

So far, Shokat and his colleagues have found 69 such drugs, which they’re now shipping to scientists around the world for clinical testing. They posted their preliminary findings to the preprint server bioRxiv on March 22, 2020.

Developing a coronavirus-specific antiviral drug from scratch could take years, Shokat says. And a vaccine to prevent infection in the first place won’t be broadly available for 12 to 18 months, at best, experts estimate. A drug that’s already been approved by the U.S. Food and Drug Administration, or one that’s currently in development, has the potential to reach patients more quickly. Still, even an existing drug will need rigorous testing and ramped-up production before it can be deployed widely against COVID-19, he cautions.

This approach of repurposing drugs to fight new diseases isn’t new, Shokat says, but the speed at which it’s being implemented is unprecedented. “This is like compressing two years of work into two weeks.” 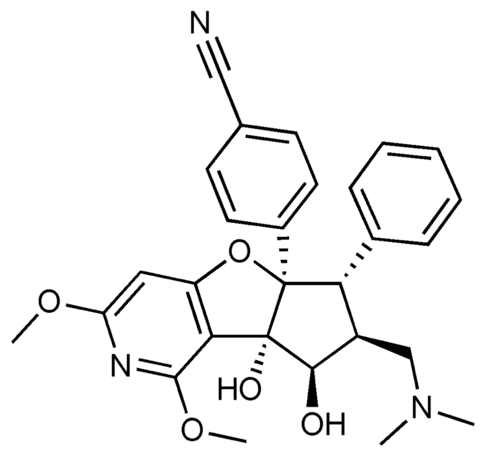 In January, as the coronavirus outbreak intensified in China, UCSF biologist Nevan Krogan and his team at the Quantitative Biosciences Institute (QBI) began mapping interactions between human proteins and SARS-CoV-2, the virus that causes COVID-19. Over just a few weeks, the scientists pinpointed all the places on human cells that the virus interacted with. That map provided a starting point for understanding how SARS-CoV-2 fights off the immune system and co-opts human cells to replicate.

Krogan’s map identified 332 “host factor” proteins that the new coronavirus targets. Then, his team turned to Shokat, who studies host factor proteins in his lab. Shokat and other researchers at UCSF helped identify existing drugs that interact with the same human proteins that SARS-CoV-2 binds to.

Drug designers often hunt for molecules that can bind to a specific virus and block it from interacting with human cells. But for almost a decade, Shokat’s team has been pursuing the opposite approach: targeting human proteins that viruses interact with. Viruses don’t have the tools they need to multiply on their own. Instead, they hijack the cellular machinery of their hosts. Drugs directed at a host’s proteins work by blocking a virus’s access to cell toolboxes.

These drugs can be tricky to develop, Shokat says. There’s a risk that they might also disrupt normal cellular activities and cause harmful side effects. But many host-directed drugs have already been tested and approved – for cancer, high blood pressure, autoimmune diseases, and other conditions.

Shokat and his colleagues have spent long days digging through databases of such drugs. It’s the kind of research their team is well-positioned to do. They’ve previously worked on compounds to thwart a common cancer-causing protein. Now, they’re reaching out to colleagues with specialized knowledge about other proteins and drugs – including those still in development.

The pace has been frenetic. “You spend an hour on one drug, digging through papers, talking with people on Slack,” Shokat says. “Then the next one lands in the discussion, and you have to jump over to that, and you keep going through that for 12, 14 hours per day.”

Already, the team has some ideas of cellular activities that might be particularly fruitful to target. One idea is human cells’ protein production machinery, which SARS-CoV-2 and other viruses use to make copies of themselves, says Ziyang Zhang, a postdoc in Shokat’s lab. A drug that disrupts parts of that machinery might prevent the virus from commandeering it for its own benefit.

So far, Shokat and the QBI COVID Research Group have found 66 proteins targeted by 69 drugs that are already FDA-approved or are in development. While UCSF is mostly shuttered now, the researchers have rounded up samples of the drugs from labs around campus and sent them off to colleagues at Mount Sinai Hospital in New York and the Pasteur Institute in Paris for further testing.

It’s too soon to say whether any of these molecules will prove effective against SARS-CoV-2 in the clinic. “All we know right now is that the virus binds to these host proteins,” Shokat explains. But even if those drugs don’t pan out as treatments, he says, watching how the virus responds to them can still offer valuable information about how SARS-CoV-2 infiltrates human cells.

This paper was first posted as a preprint on bioRxiv.