Karl Deisseroth honored with research award for work on the biological basis of psychiatric disorders. 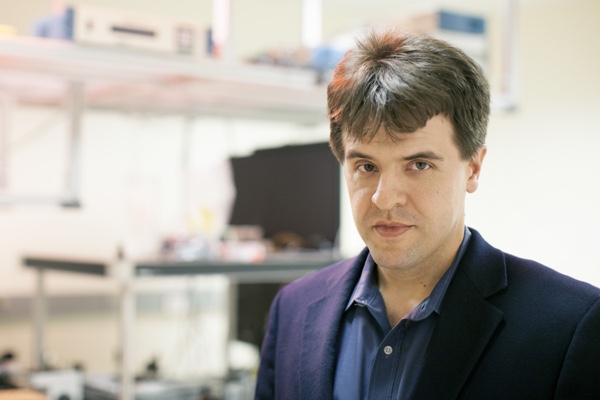 Karl Deisseroth, a Howard Hughes Medical investigator at Stanford University has been awarded the Else Kröner Fresenius Prize, which was dedicated this year to research into the biological basis of psychiatric disorders.

The international prize honors groundbreaking scientific contributions to the field and supports awardees’ future work in medical research. Deisseroth is the second person to receive the quadrennial prize, which was first awarded in 2013 to HHMI Investigator Ruslan Medzhitov, an immunologist at Yale University.

Deisseroth was honored for his discoveries in optogenetics and hydrogel-tissue chemistry, as well as his research into the neural circuit basis of depression, according to the Else Kröner-Fresenius Foundation, which announced the news May 31 at a ceremony in Berlin.

As a neuroscientist and practicing psychiatrist, Deisseroth focuses on understanding brain circuits involved in clinically relevant symptoms and behaviors, including anxiety, depression, and social dysfunction. He has created innovative optical tools that let researchers manipulate neurons with unprecedented precision and visualize neural circuits in fine detail.

Deisseroth’s research group pioneered optogenetics, a technology that uses light to control the activity of specific cell types in the brains of mammals. And to improve observation of the brain’s structure, his team created a method called CLARITY. The method removes light-scattering fats from biological tissue and introduces a permeable hydrogel as support, generating an optically transparent sample that retains the tissue’s original structure and molecular information.

The Else Kröner Fresenius Prize was established in honor of the lifetime achievements of Else Kröner, a German pharmacist and humanitarian who helped build a global healthcare company. At 4 million euros (nearly $4.5 million U.S.), the Else Kröner Fresenius Prize is the most generously endowed of any medical research prize. Five hundred thousand euros will be awarded to Deisseroth in person and 3.5 million euros will be dedicated to his future research.