How to Rapidly Image Entire Brains at Nanoscale Resolution

Two scientists, Ruixuan Gao and Shoh Asano, wanted to use his team’s microscope on brain samples expanded to four times their usual size – blown up like balloons. The duo, part of Ed Boyden’s lab at the Massachusetts Institute of Technology (MIT), uses a chemical technique to make small specimens bigger so scientists can more easily see molecular details.

Their technique, called expansion microscopy, worked well on single cells or thin tissue sections imaged in conventional light microscopes, but Boyden’s team wanted to image vastly larger chunks of tissue. They wanted to see complete neural circuits spanning millimeters or more. The scientists needed a microscope that was high-speed, high resolution, and relatively gentle – something that didn’t destroy a sample before they could finish imaging it.

So, they turned to Betzig. His team at the Howard Hughes Medical Institute’s Janelia Research Campus had used their lattice light-sheet microscope to image the rapid subcellular dynamics of sensitive living cells in 3-D. Combining the two microscopy techniques could potentially offer rapid, detailed images of wide swaths of brain tissue.

“I thought they were full of it,” Betzig remembers. “The idea does sound a bit crude,” Gao says. “We’re stretching tissues apart.” But Betzig invited Gao and Asano to try the lattice scope out.

“I was going to show them,” Betzig laughs. Instead, he was blown away. “I couldn’t believe the quality of the data I was seeing. You could have knocked me over with a feather.” 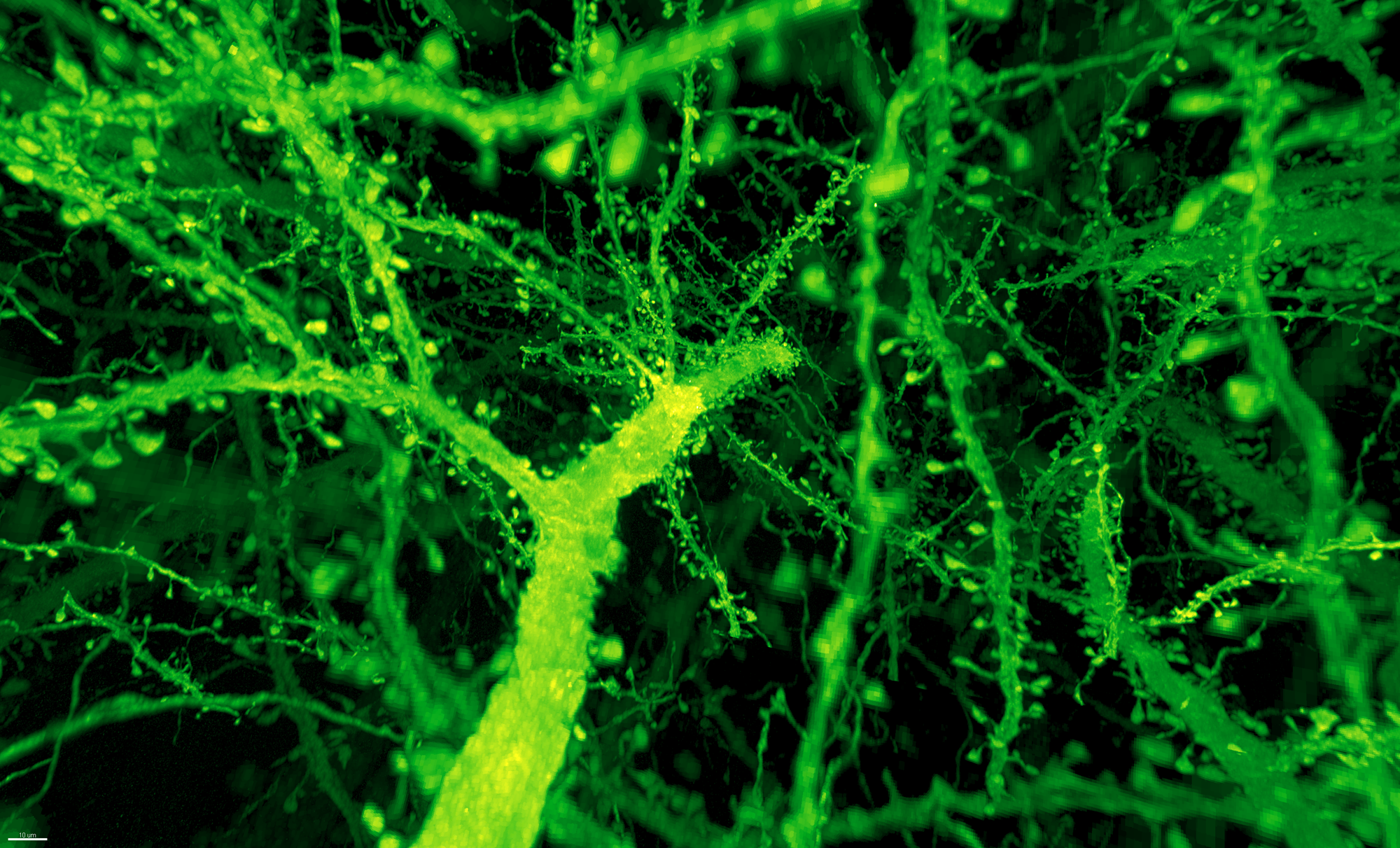 Now, he and his Janelia colleagues have teamed up with Boyden’s group and imaged the entire fruit fly brain and sections of mouse brain the thickness of the cortex. Their combined method offers high resolution with the ability to visualize any desired protein – and it’s fast, too. Imaging the fly brain in multiple colors took just 62.5 hours, compared to the years it would take using an electron microscope, Boyden, Betzig, and their colleagues report January 17, 2019, in the journal, Science.

“I can see us getting to the point of imaging at least 10 fly brains per day,” says Betzig, now an HHMI investigator at the University of California, Berkeley. Such speed and resolution will let scientists ask new questions, he says, like how brains differ between males and females, or how brain circuits vary between flies of the same type.

Boyden’s group dreams of making a map of the brain so detailed you can simulate it in a computer. “We’ve crossed a threshold in imaging performance,” says Boyden, who was selected as an HHMI investigator in 2018. “That’s why we’re so excited. We’re not just scanning incrementally more brain tissue, we’re scanning entire brains.”

Making detailed maps of the brain requires charting its activity and wiring – in humans, the thousands of connections made by each of more than 80 billion neurons. Such maps could help scientists spot where brain disease begins, build better artificial intelligence, or even explain behavior. “That’s like the holy grail for neuroscience,” Boyden says.

Years ago, his group had an idea to figure out how everything was organized: What if they could actually make the brain bigger – big enough to look inside? By infusing samples with swellable gels – like the stuff in baby diapers – the team invented a way to expand tissues, making the molecules inside less crowded and easier to see under a microscope. Molecules lock into a gel scaffold, keeping the same relative positions even after expansion.

But it wasn’t easy to image large tissue volumes. The thicker a specimen gets, the harder it is to illuminate only the parts you want to see. Shining too much light on samples can photobleach them, burning out the fluorescent “bulbs” scientists use to light up cells.

Expanding a sample just four-fold increases its volume 64-fold, so imaging speed also becomes paramount, Gao says. “We needed something that was fast and didn’t have much photobleaching, and we knew there was a fantastic microscope at Janelia.”

The lattice light-sheet microscope sweeps an ultrathin sheet of light through a specimen, illuminating only that part in the microscope’s plane of focus. That helps out-of-focus areas stay dark, keeping a specimen’s fluorescence from being extinguished.

Inside the mouse cortex, myelin sheaths insulate nerve cells. Scientists can measure how these sheaths vary along the length of a nerve cell’s axon. Credit: Gao et al./ Science 2019

When Gao and Asano first tested their expanded mouse tissues on the lattice scope, they saw a thicket of glowing nubs protruding from neurons’ branches. These nubs, called dendritic spines, often look like mushrooms, with bulbous heads on skinny necks that can be hard to measure. But the scientists were able to see even “the smallest necks possible,” Asano says, while simultaneously imaging synaptic proteins nearby.

“It was incredibly impressive,” says Betzig. The team was convinced that they should explore the combined technique further. “And that’s what we’ve been doing ever since,” he says. 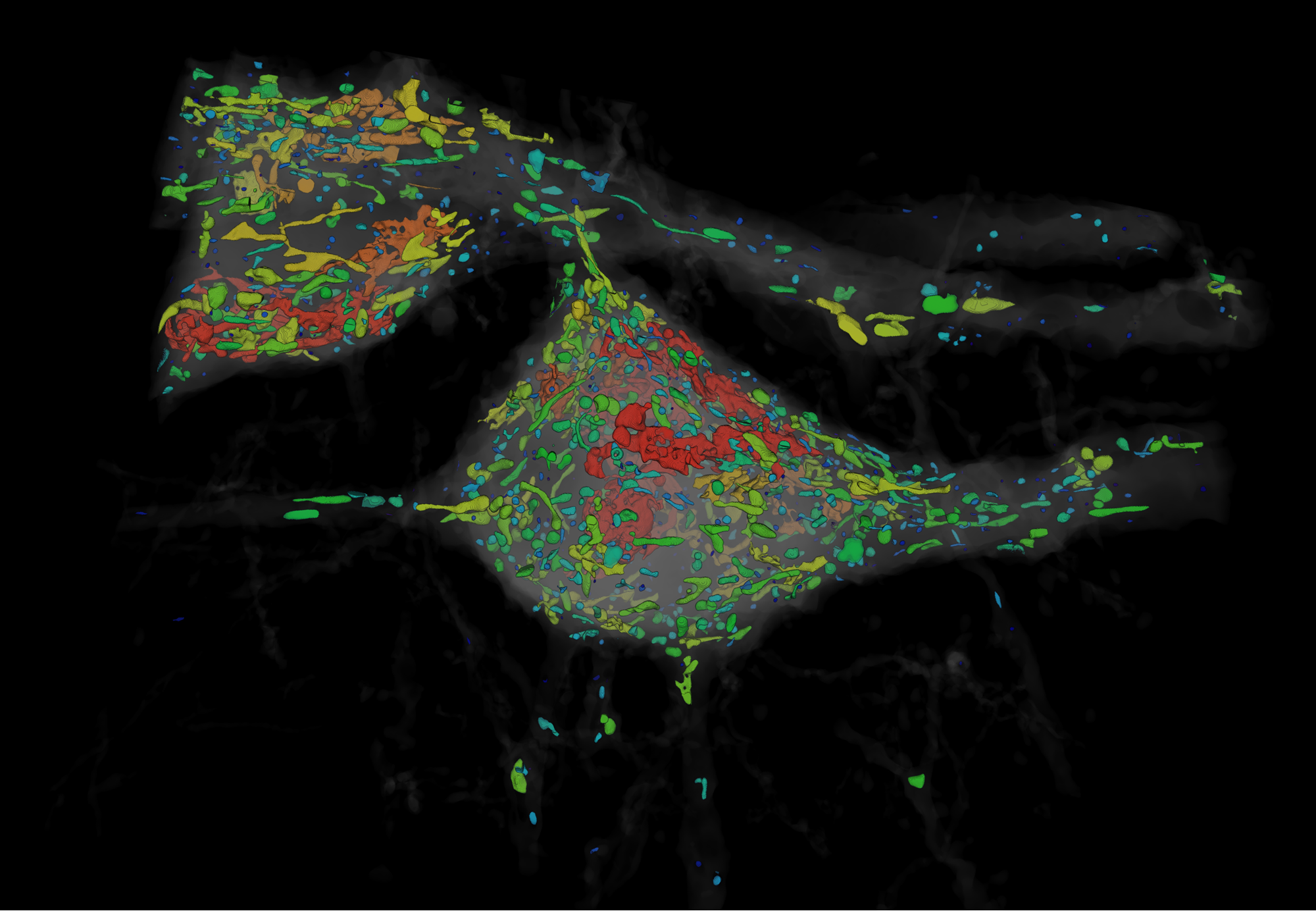 The brain and beyond

Over the last two years, Gao and Asano have spent months at Janelia, teaming up with biologists, microscopists, physicists, and computer scientists across the campus to capture and analyze images. “This is like an Avengers-level collaboration,” Gao says, referring to the crew of comic book superheroes.

Yoshinori Aso and the FlyLight team provided high-quality fly brain specimens, which Gao and Asano expanded and used to collect some 50,000 cubes of data across each brain – forming a kind of 3-D jigsaw puzzle. Those images required complicated computational stitching to put the pieces back together, work led by Stephan Saalfeld and Igor Pisarev. “Stephen and Igor saved our bacon,” Betzig says. “They dealt with all the horrible little details of image processing and made it work on each multi-terabyte data set.”

Next, Srigokul Upadhyayula from Harvard Medical School and Boston Children's Hospital, a co-first author of the report, analyzed the combined 200 terabytes of data and created the stunning movies that showcase the brain’s intricacies in vivid color. He and his coauthors investigated more than 1,500 dendritic spines, imaged fatty sheaths that insulate mouse nerve cells, highlighted all of the dopaminergic neurons, and counted all the synapses across the entire fly brain.

With the help of expansion microscopy and lattice light-sheet microscopy, scientists can pinpoint subsets of neurons in the fly brain and color code them by region. Credit: Gao et al./ Science 2019

The nuances of Boyden’s team expansion technique make it well suited for the lattice scope; the technique produces nearly transparent samples. For the microscope, it’s almost like looking through water, rather than a turbid sea of molecular gunk. “The result is that we get crystal clear images at blazingly fast speeds over very large volumes compared to earlier microscopy techniques,” Boyden says.

Still, challenges remain. As with any kind of super resolution fluorescence microscopy, Betzig says, it can be hard to decorate proteins with enough fluorescent bulbs to see them clearly at high resolution. And since expansion microscopy requires many processing steps, there’s still the potential for artifacts to be introduced. Because of this, he says, “we worked very hard to validate what we’ve done, and others would be well advised to do the same.”

Now, Gao and the Janelia team are building a new lattice light-sheet microscope, which they plan to move to Boyden’s lab at MIT. “Our hope is to rapidly make maps of entire nervous systems,” Boyden says. 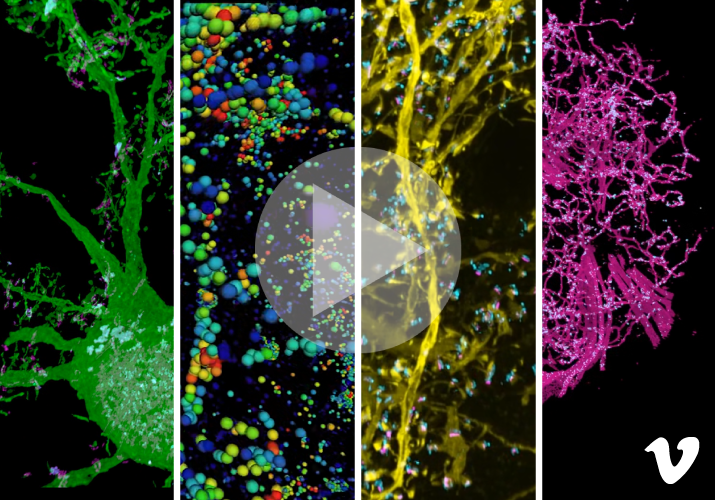