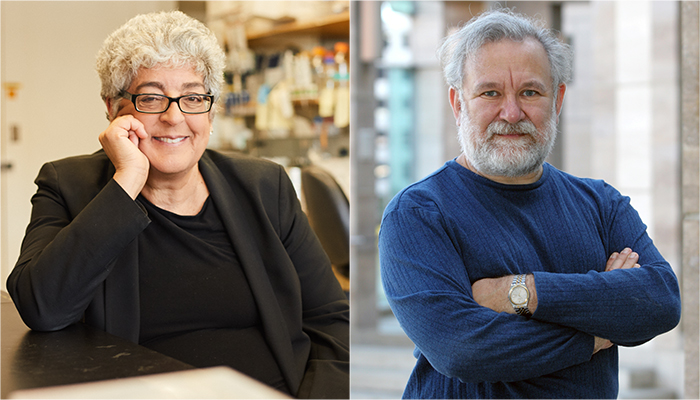 The prizes, announced by the Breakthrough Prize Foundation on December 3, 2017, honor transformative advances toward understanding living systems and extending human life. Life sciences is one of three scientific areas recognized by the Foundation, along with fundamental physics and mathematics.

“The Breakthrough Prize was created to celebrate the achievements of scientists, physicists, and mathematicians, whose genius help us understand our world, and whose advances shape our future,” said Mark Zuckerberg, a founder of the Breakthrough Prize Foundation and Facebook.

Chory and Walter, who have both been HHMI investigators since 1997, are among five scientists honored for the life sciences awards; each will receive an award of $3 million. Chory, a plant biologist and geneticist at Salk Institute for Biological Sciences, was honored for discovering how plants optimize their growth, development, and cellular structure to transform sunlight into chemical energy.

Work in Chory's lab has led to the discovery of a steroid hormone, brassinolide, which controls plant development in response to light, and has identified the plant steroid receptor and signaling pathway. Her work exploring plant hormones’ roles in growth and development may help scientists understand how these processes are regulated in other organisms, too. It could also promote advances in agriculture.

Walter, a biochemist at the University of California, San Francisco, was recognized with Kazutoshi Mori of Kyoto University for elucidating the unfolded protein response, a cellular quality-control system that detects disease-causing unfolded proteins and directs cells to take corrective measures.

Inside cells, newly made proteins pass through a maze-like structure called the endoplasmic reticulum (ER), where they are folded into their final shapes before being shipped to precise destinations. The ER enforces strict quality control standards to ensure that defective or misfolded proteins don’t slip through. The unfolded protein response senses when misfolded proteins accumulate and spurs the cell to make more ER. This response “makes life-or-death decisions for cells,” Walter said. “If misfolded proteins in the ER persist, cells kill themselves.”

In addition to Chory, Walter, and Mori, the winners of the 2018 Breakthrough Prizes in Life Sciences are:

Walter and Chory join a distinguished group of HHMI investigators who have won Breakthrough Prizes in previous years. Last year, the Foundation recognized Stephen Elledge of Brigham and Women’s Hospital, Roel Nusse of Stanford University, and Huda Zoghbi of Baylor College of Medicine.

The Breakthrough Prize Foundation is a not-for-profit corporation dedicated to advancing breakthrough research, celebrating scientists, and generating excitement about the pursuit of science as a career. The Breakthrough Prizes were founded by Sergey Brin and Anne Wojcicki, Mark Zuckerberg and Priscilla Chan, and Yuri and Julia Milner.

This year’s winners will be honored at a gala awards ceremony – known as the “Oscars of Science” – at NASA Ames in Palo Alto.