Activity goes awry for hundreds of genes in Down syndrome, the most common genetic cause of intellectual disability. Scientists have now found a way to calm the disordered activity – and restore cognitive abilities in mice. 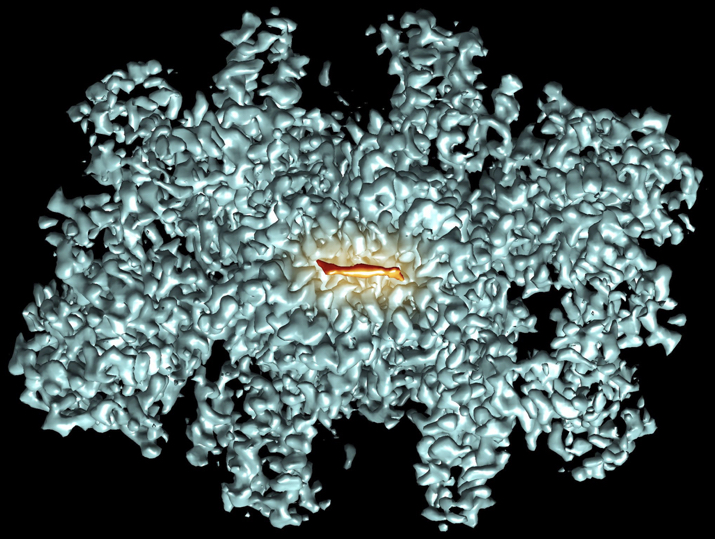 An experimental drug that enhances memory in mice could also help treat cognitive deficits linked to Down syndrome.

In lab mice with symptoms like those seen in the human disorder, the drug improved the animals’ ability to perform several tasks, including exploring a maze and recognizing familiar places and objects, Howard Hughes Medical Institute Investigator Peter Walter, his close collaborator Mauro Costa-Mattioli at Baylor College of Medicine, and their colleagues report in the November 15, 2019 issue of Science.

The drug, a small molecule called the integrated stress response inhibitor (ISRIB), could one day offer scientists a promising avenue for treating Down syndrome and other conditions that affect the brain – including traumatic injuries and neurodegenerative disorders such as Alzheimer’s, Walter says. “We don’t want to over-promise,” he adds. “But at least in these mice, we can restore cognitive function with the drug.”

Humans normally have 23 pairs of chromosomes, distinct bundles of DNA that each contain thousands of genes. But people with Down syndrome are born with three copies of chromosome 21 instead of just two. This extra copy wreaks havoc on gene activity across chromosomes, throwing off the normal production levels of hundreds of proteins. Such disruption can lead to a wide array of medical problems, including heart defects, poor muscle tone, and intellectual disabilities. 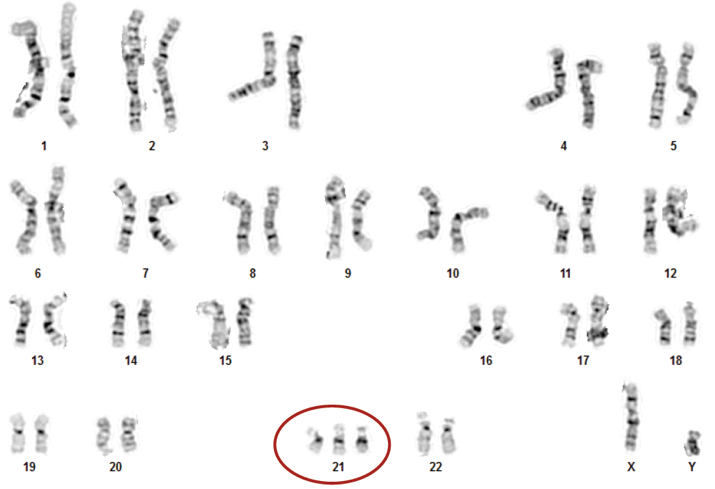 With so many genes out of whack, scientists have had a hard time homing in on the underlying causes of any particular symptom, says Walter, a biochemist at the University of California, San Francisco (UCSF). That also makes it challenging to come up with treatments. “Most of the field has been studying individual genes on chromosome 21,” he says. “Our approach has instead looked at a general problem with protein assembly.”

Costa-Mattioli and Walter’s team focused on a quality-control mechanism called the integrated stress response (the ISR). This mechanism plays a key role in cellular health: it puts the brakes on protein production when something goes awry, like when the cell’s protein-assembly machinery makes mistakes. Scientists think the ISR slows the buildup of bad proteins, giving cells a chance to catch up. “If you make fewer proteins, the machinery should be able to handle them more efficiently,” Walter says. “That prevents cellular garbage from accumulating.”

In people with Down syndrome, though, the brakes seem to get stuck in the “on” position, Costa-Mattioli and Walter’s team discovered – so protein production is constantly suppressed. Too much suppression can disrupt all sorts of important brain functions, including memory formation, Walter says.

The researchers saw a similar result in mouse models of the disorder. These mice were genetically engineered to have three copies of the mouse versions of the genes that lie on human chromosome 21.

Costa-Mattioli and Walter’s team wanted to know if easing up on the brakes (switching the ISR off) could restore protein production and reverse the cognitive problems characteristic of Down syndrome. The researchers dialed back ISR activity in their genetically altered mice using the small molecule ISRIB and other genetic manipulations. In both cases, turning the ISR off let protein synthesis ramp up in the hippocampus, a brain structure involved in memory formation.

“Most of the field has been studying individual genes on chromosome 21. Our approach has instead looked at a general problem with protein assembly.”

What’s more, the mice’s willingness to explore new parts of a maze (an indicator of memory function) and ability to recognize familiar places and objects improved – by almost as much as 50 percent, the team found. Treated mice actually performed about as well as typical, healthy mice.

The findings suggest that the ISR is at the core of the learning and memory dysfunctions linked to Down syndrome, says Costa-Mattioli. “I believe that there’s the potential to develop therapeutic approaches that act on this response.”

Walter and colleagues discovered ISRIB in 2013 and have previously shown that it can eliminate learning and memory deficits in mice with concussions. Last year, Walter’s team published a detailed structure of the brain-boosting compound. UCSF has licensed ISRIB to Calico Labs, a research and development company founded by Alphabet, Google’s parent company, to research aging.

It’s still too early to say how challenging drug development might be, says Samuel Barondes, a former UCSF psychiatrist and molecular biologist who was not involved in the study. The broad influence of the ISR could make it difficult for scientists to reign in unwanted effects, he cautions. Still, Barondes thinks ISRIB could be an important tool in memory research. “I really think it’s worth pursuing,” he says.

ISRIB has yet to move into clinical trials and will probably be tested in other disorders before being evaluated for Down syndrome treatment, Walter says. But he thinks the ISR’s broad link to memory disorders makes it likely that ISRIB drug development will move steadily forward.

In 2007, Costa-Mattioli and colleagues discovered that the ISR serves as a molecular switch for memory. “It’s entirely surprising to find that the cognitive deficits in so many different pathological conditions funnel through this one pathway,” Walter says. “This gives us hope that we might actually be able to do something about them.”