Blood Test Could Reveal When Rheumatoid Arthritis Will Strike

Scientists have identified a new type of cell that appears in the bloodstream of rheumatoid arthritis patients shortly before joint inflammation flares. 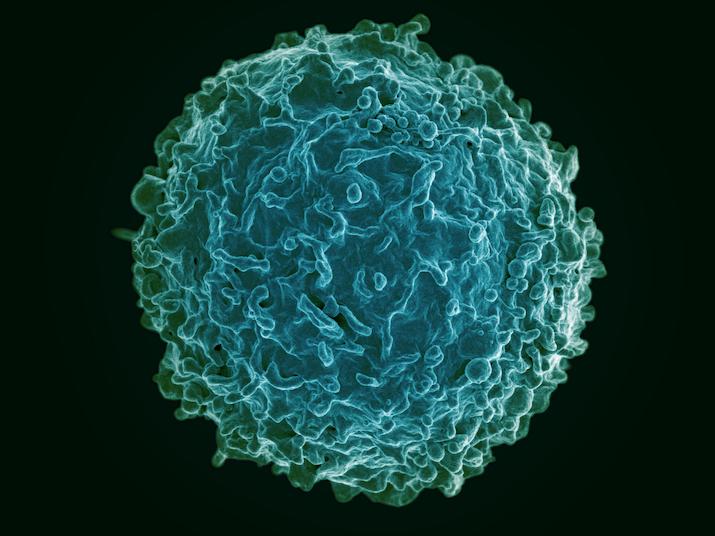 A never-before-seen cell type could forewarn of rheumatoid arthritis symptoms.

The cells, dubbed “PRIME cells,” accumulate in the blood during the week prior to disease flare-ups, Howard Hughes Medical Institute Investigator Robert Darnell's team reports July 15, 2020, in the New England Journal of Medicine. The findings could lead to better prediction of when severe pain and swelling, called “flares” will occur, as well as provide new avenues for treatment.

“PRIME cells are one thing you might want to target to arrest the flare before it happens,” Darnell says. “That’s the ideal of medical science – to know enough about a disease that you can put your finger on what’s about to make someone sick.”

Rheumatoid arthritis is a disease of the immune system that causes inflammation in the joints, especially around the hands and feet. It can be debilitating and frequently strikes people in their 30s or 40s. The symptoms come in waves, with stretches of relative quiet interspersed with painful flares.  Current therapeutics, chiefly steroids, can treat these symptoms, but there’s no cure.

To study this sort of disease, where symptoms vary dramatically from week to week, it’s critical to track changes in the body over an extended time. But it’s hard for patients to trek to a clinic for frequent testing. So Darnell, a neuro-oncologist at the Rockefeller University, and his colleagues developed an at-home blood collection system. Patients with rheumatoid arthritis did simple finger sticks and sent their blood to his lab. Each participant also kept a record of symptoms to identify when flares occurred.

“PRIME cells are one thing you might want to target to arrest the flare before it happens.”

Armed with these records, the researchers tested the blood samples, looking for molecular changes preceding the onset of symptoms. By analyzing the RNA of cells in the bloodstream, Darnell’s team could identify which types of cells were present during symptom-free times and in the weeks preceding a flare.

But in samples collected one week before a flare, his team noticed something odd. They saw an increase in RNA that didn’t match the genetic signature of any known type of blood or immune cell. “That got us thinking there was something fishy going on,” says study coauthor Dana Orange, a rheumatologist at Rockefeller. The RNA signature instead resembled that of bone, cartilage, or muscle cells – cells not typically found in the blood.

Darnell’s team called the newfound cell type a PRIME cell, for “pre-inflammation mesenchymal” cell.  (Mesenchymal cells are a type of stem cell that can develop into bone or cartilage.) In the patients, PRIME cells accumulated in the bloodstream a week before the flare but disappeared during the flare. This observation, combined with previous work from another lab in mice, suggests a possible role for PRIME cells in rheumatoid arthritis flares, Darnell says.

One of the team’s next steps is to test in more patients whether the presence of these cells can predict a flare, Darnell says. The researchers are still recruiting patients for this study; currently the team’s blood collection system is only available for use in research. Darnell also wants to study PRIME cells’ molecular characteristics. If the cells do indeed take part in causing flares, he says, “understanding the unique aspects of PRIME cells might enable us to target them with a drug and get rid of them.”