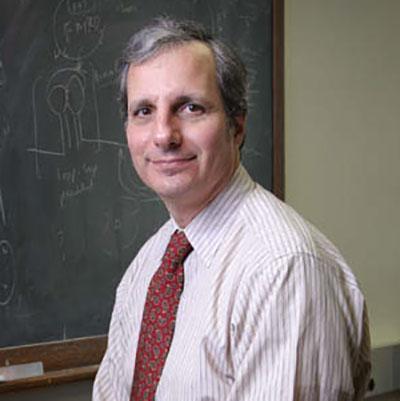 Dr. Darnell is Robert and Harriet Heilbrunn Professor in Cancer Biology at the Rockefeller University.

Robert Darnell uses high throughput sequencing and other techniques to investigate the proteins that regulate RNA and thereby affect gene expression. He became interested in these RNA-binding factors through his work on a group of rare brain disorders, and his interests have since expanded to neuron-specific RNA-binding proteins in the mammalian brain and in human disease.

Robert Darnell’s work identifying the target proteins for a group of rare brain disorders has led to an emerging understanding of the roles of RNA regulation, including the discovery that neurons make a unique set of RNA-binding proteins. These interests grew from studies of paraneoplastic neurologic disorders (PNDs), a group of diseases thought to arise when tumors — typically breast, ovarian, or lung cancers — start making proteins normally only made by the brain.

Patients with PNDs carry antibodies that specifically target these proteins, but identifying the target antigens — intracellular proteins — challenged the dogma that the antibodies mediate disease by causing an autoimmune attack on brain tissue. Using a combination of biochemical and genetic approaches, Darnell’s lab discovered that the immune systems of PND patients thwart tumors with what is essentially an antiviral response: The patients’ T cells produce CD8+ killer T cells that recognize the neuronal antigens present within their tumors. The lab also found that apoptotic tumor cells serve as potent instigators of the T cell immune response and has worked on developing cancer vaccines to mimic PND tumor immunity. This work, demonstrating that killer T cells mediate naturally occurring human tumor immunity, provided key support for the emerging field of immuno-oncology.

This work merged with studies of the PND antigens: What is their normal role in neurons, and why do tumors induce their expression? These questions led Darnell’s lab to discover and explore the function of neuron-specific RNA-binding proteins in the mammalian brain. Studies have focused on proteins involved in RNA regulation in the PND antigens Hu (nElavl) and Nova, the related protein FMRP (the protein mutated in fragile X mental retardation), Argonaute (which works with microRNAs to regulate messenger RNA translation and stability), and others, including Ptbp2, Mbln2, and Rbfox. Their function has been studied using a general and powerful method the lab developed called high throughput sequencing cross-linking immunoprecipitation, or HITS-CLIP, to create genome-wide maps of where RNA-binding proteins bind to RNA in living tissue. HITS-CLIP, together with analysis of knockout mice and bioinformatic approaches, led to the discovery that the position of protein binding in the messenger RNA is a prime determinant of the outcome of alternative splicing or polyadenylation, general rules applicable to many splicing factors. Recent computational improvements in analyses of HITS-CLIP maps have allowed robust genome-wide predictions of combinatorial RNA regulation and single-nucleotide resolution of protein interaction sites in the brain.

The lab has also developed functional insight into RNA dysregulation in disease, including that mediated by FMRP in autism spectrum disorders. Studies with Nova have led to insight into the balance of neuronal inhibition and excitation and control of spinal motor neuron function, leading to new approaches to study Lou Gehrig’s disease.

This work is also supported by grants from the National Institutes of Health and the Starr Foundation.