In a vast, unprecedented experiment, scientists showcase evolution in real time, as predation from owls and hawks selects for genetic variations in mice that boost survival.

Rowan Barrett was trying to keep the animals from breaking out of outdoor enclosures in the Sand Hills of Nebraska. It was a problem that had stymied researchers before – mice can squeeze through dime-sized holes and burrow under fences. “I had no idea what I was doing,” he admits. He first experimented with pens constructed with materials from the hardware store, and then turned to huge galvanized steel sheets, each 10 feet long by five feet wide.

Barrett, then a postdoc in Howard Hughes Medical Institute Investigator Hopi Hoekstra’s lab at Harvard University, was attempting to pull off a “crazy science experiment.” He and Hoekstra were trying to watch evolution happen in real time – out in the wild.

They wanted to show how natural selection can cause gene variants that boost survival to spread through wild populations – in this case, a gene that affects coat color in mice. Just three months after constructing escape-proof enclosures and tracking mouse survival, the team hit the scientific jackpot.

Under pressure from predators like hawks and owls, surviving mice in the enclosures were more likely to carry gene variants that helped them blend into their surroundings, Hoekstra’s team reported February 1, 2019, in the journal, Science. She and her colleagues even uncovered a single genetic alteration responsible for the change in hair color shade – a direct link between natural selection and genetics, Hoekstra says.

The study is “groundbreaking,” says biologist Jonathan Losos of Washington University in St. Louis, who was not involved in the work. Telling such a complete evolutionary story “can be done in the lab with fruit flies,” he explains. “But to do it in nature is extraordinary. The scale of it is so astonishing.” 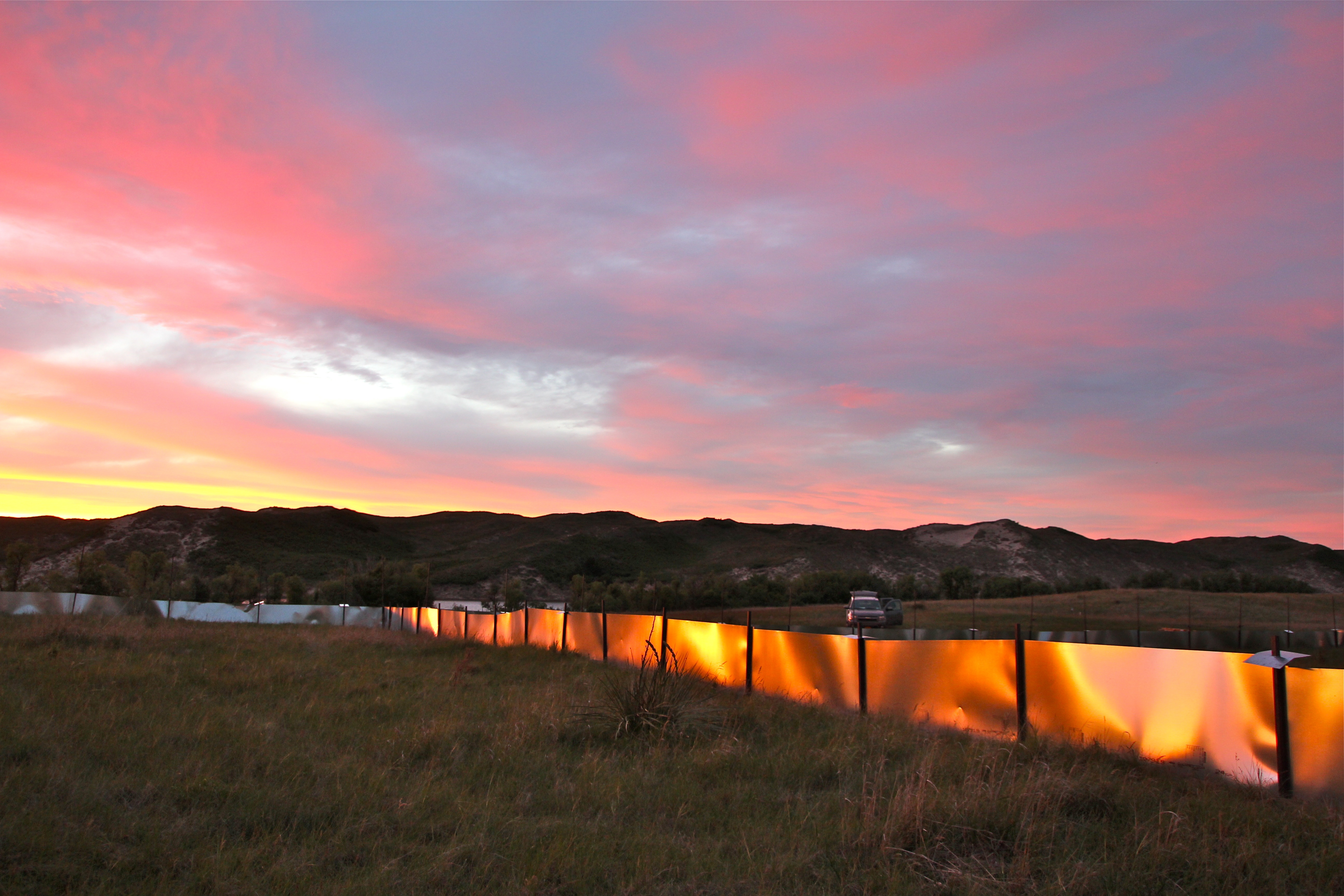 Pulling off this grand experiment required huge amounts of time and effort – and a little bit of luck. Hoekstra had already discovered some of the genes that control hair color in deer mice (Peromyscus maniculatus) and related species. Mice from sandy environments are typically lighter in color than those that live on darker soil. Scientists believed the variations in the genes evolved in response to predation, ultimately boosting mouse survival. “People, including us, make up a nice story for the genes we think are related to fitness,” explains Hoekstra. But such narratives might not actually be true, she says.

So, could this particular story be put to the test? 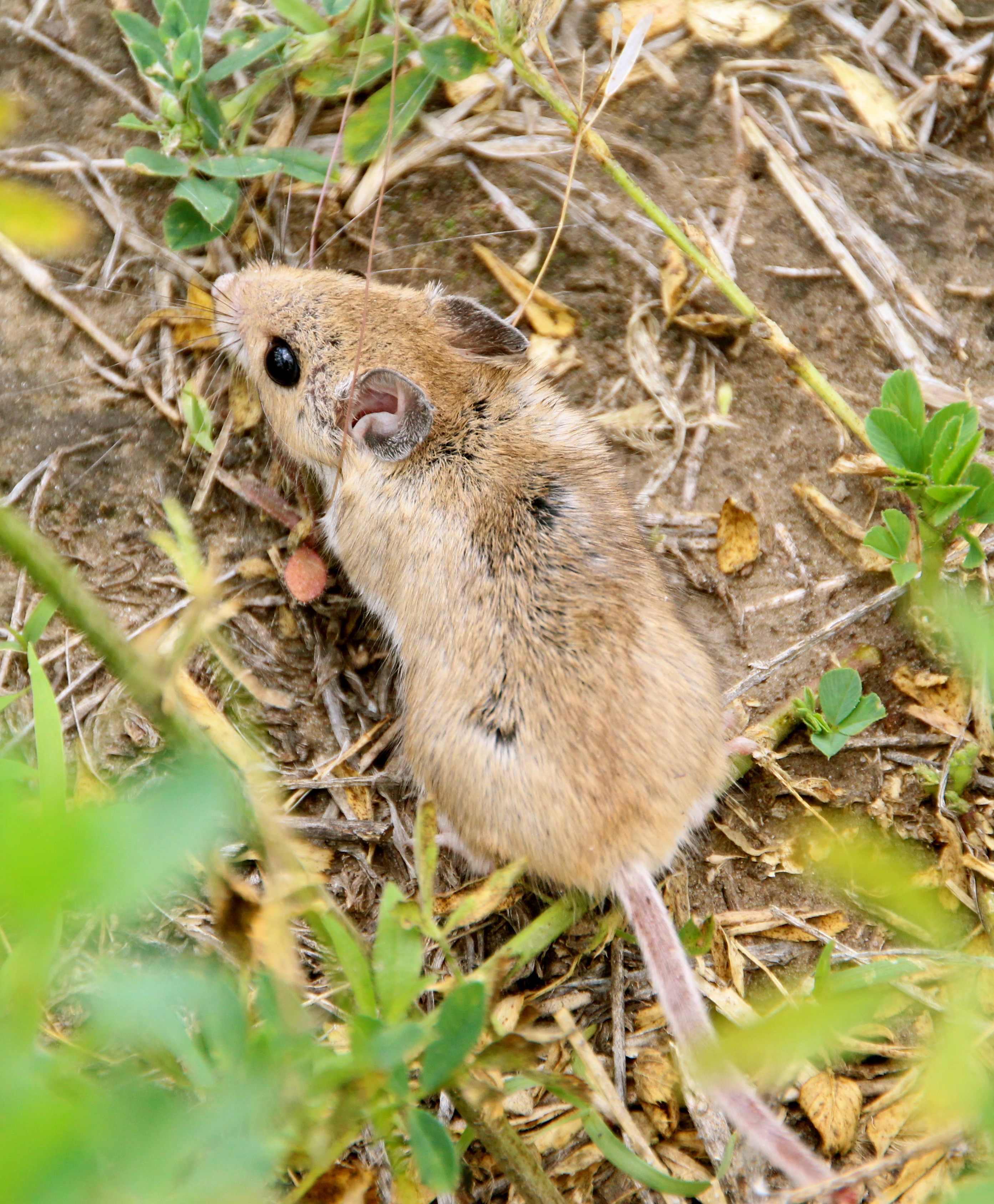 Enter Barrett, who had just finished a PhD study showing that, over time, saltwater stickleback fish lost their armor when they colonized fresh water because the change conferred a growth advantage. Now, he was looking for a project that was bigger and bolder.

Barrett was well aware of Hoekstra’s pioneering molecular work in mice, he says, “but I felt like a piece of the study was missing.” He wanted to prove that natural selection was actually at work on those hair color genes out in the wild. And he had just the place in mind to do it: Nebraska’s Sand Hills, where light, sandy hills exist not far from dark agricultural soils, and mice with both light and dark coats can be easily trapped.

He pitched the experiment to Hoekstra. “To her credit, she didn’t laugh me out of the room,” he recalls. “A lot of principal investigators would have said it was just too high risk.”

They planned to build four vast enclosures on the sandy soil and four more on the dark soil, and watch how mice with different coat colors fared in each. Barrett quickly got a permit for the sandy soil enclosures in a wildlife refuge area, but finding a spot with dark soil was much harder. “I spent a lot of time knocking on doors,” he says. By chance, he ended up in a bar in the town of Valentine – “drowning my sorrows” – and spilling his woes to a local character nicknamed Wild Bill. Use my alfalfa field for free, Bill said. “That was just total luck,” Barrett recalls.

The next challenge was transporting and erecting nearly half a mile of steel sheet fencing. The metal is too tall and smooth for the mice to climb and could be sunk two feet deep in the soil. “Usually, we work with pipettes and sequencers,” Hoekstra says. “Here, we were working with a trencher and heavy machinery. We had to deal with rattlesnakes and tons of metal.” Even when the enclosures were built, the mice still managed to scamper out by burrowing down and wriggling though gaps between sheets. So, the scientists had to dig out around every single post – hundreds of them – and fill the holes with concrete.

Just reading the paper in Science, “I thought ‘Wow!’ at the amount of work and the blood, sweat, and tears involved,” says Erica Bree Rosenblum, an evolutionary biologist at the University of California, Berkeley.

The finished enclosures stretched across the Nebraska landscape “like a Christo [and Jeanne-Claude] installation in steel,” Losos says. The team then trapped hundreds of wild deer mice, carefully selected to have a mix of light and dark coats, and put 75 to 100 mice into each enclosure. Each mouse got an implanted microchip and had its tail snipped for a DNA sample. Then, the team let nature do its work. 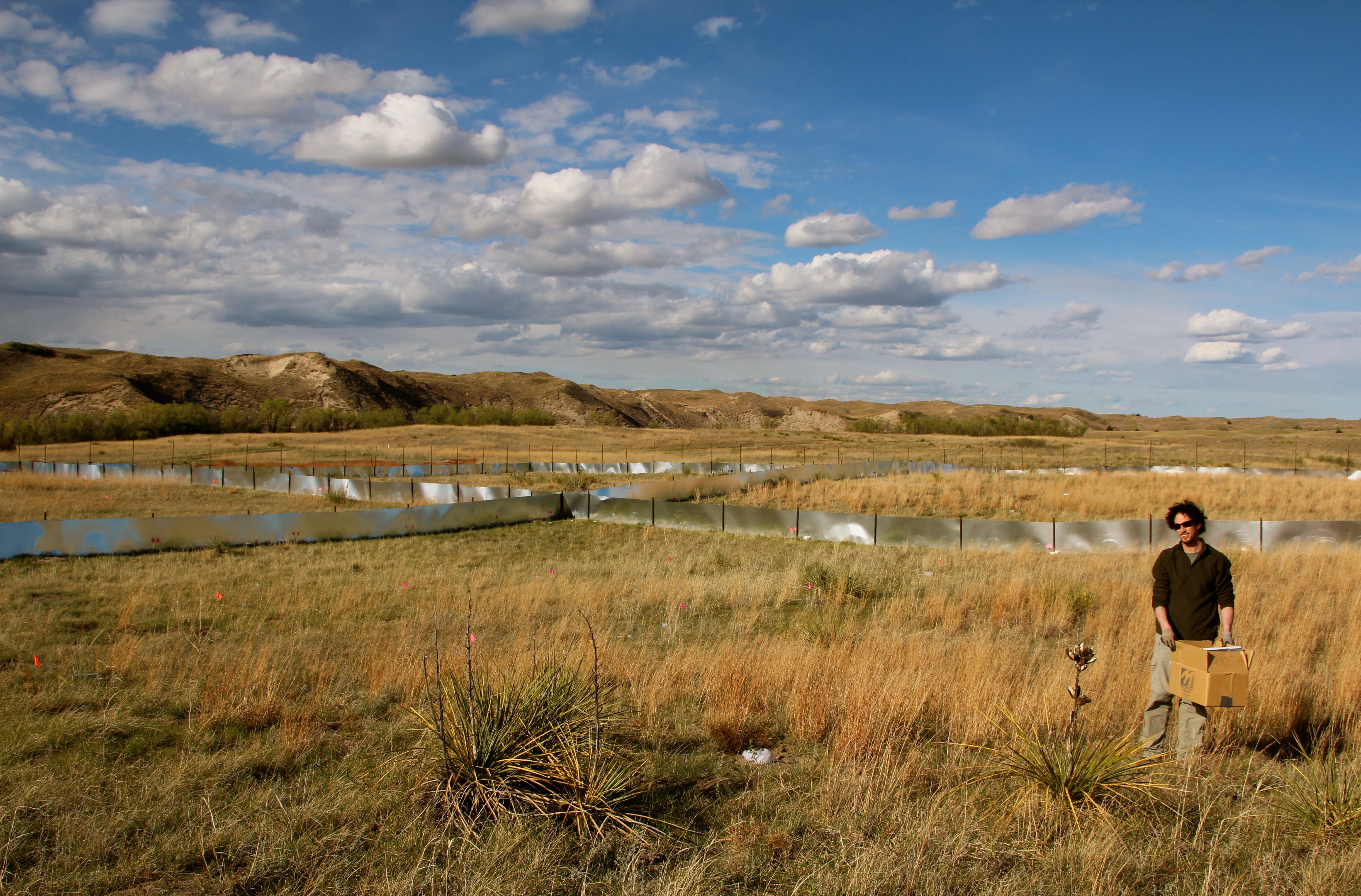 Like owls, mice are nocturnal. So, to monitor the mice’s fates, the researchers stayed up all night, checking dozens of traps every two hours to recapture and ID the animals. That’s how the researchers kept track of which animals survived, explains Barrett, who became adept at nabbing scampering mice with his bare hands. To while away the night hours, “we spent a lot of time sitting in the truck looking at the stars,” recalls Barrett, now at McGill University. 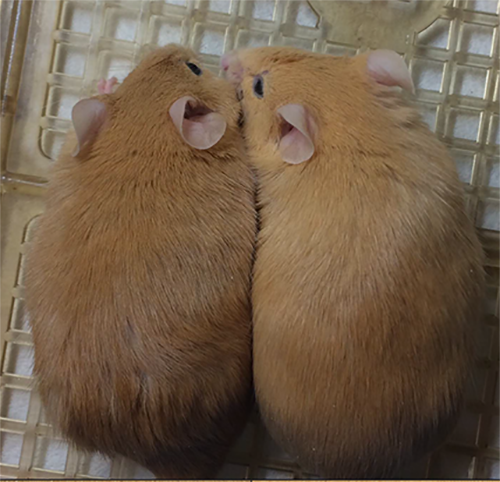 The results showed that the simplest evolutionary story was the correct one. Owls and hawks did find it easier to spot – and snatch up – lighter-colored mice in the dark soil enclosures and darker mice on the light soil. After three months, the team showed, this powerful natural selection had pushed the population in the light soil enclosures to have a higher proportion of lighter mice, whereas the opposite happened in the dark soil enclosures. “We gave a huge sigh of relief when we saw the phenotypic change,” Hoekstra says. “There were so many ways the experiment could have failed.”

Next, the scientists elucidated the full molecular story behind the adaptation. Working with gene sequencers and transgenic mice in the lab, Hoekstra’s team showed that a single amino acid deletion in a gene named Agouti changes the way two proteins interact. That change reduces the production of a coat pigment and leads to lighter-colored mice. Out in the sandy fields, the team proved, the pressure from predators selected for mice with the deletion because their lighter color offered a survival advantage. “This study is so exciting because it illuminates the full process of evolution by natural selection out in nature, going all the way from fitness to the underlying molecular mechanism,” says Hoekstra.

It also adds to growing evidence that, in cases where organisms already have a certain amount of genetic diversity, they can adapt in a flash. “We know evolution creates light-colored mice, but we used to think it took millennia,” says Rosenblum. “Now, we’re seeing how incredibly quickly that can happen.”