The vision for the Howard Hughes Medical Institute (HHMI) began to coalesce in the late 1940s among a small group of physicians and scientists advising the aviator and industrialist Howard R. Hughes.

Early on, they established an important principle: The entity would be a “steady operating organization with its own laboratories and not a general program of giving money away.”

Late in 1953, Hughes created the medical institute that bears his name and decided to fund its work through the profits of the Hughes Aircraft Company. In signing the documents to create HHMI on December 17, 1953, Hughes pursued a characteristically bold course of action: He wished to create an institute committed to basic research, to probe into “the genesis of life itself.” The HHMI charter states:

"The primary purpose and objective of the Howard Hughes Medical Institute shall be the promotion of human knowledge within the field of the basic sciences (principally the field of medical research and medical education) and the effective application thereof for the benefit of mankind." 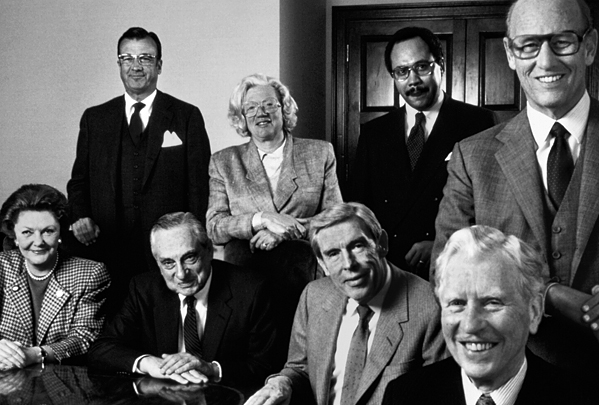 When Hughes died in 1976, he was the sole trustee of HHMI. In the aftermath of Hughes’s death, the Delaware Court of Chancery in 1984 appointed a group of charter trustees to assume responsibility for the Institute. The charter trustees – George W. Thorn, Hanna H. Gray, Helen K. Copley, Donald S. Fredrickson (who also served as the Institute’s first president), Frank William Gay, James H. Gilliam Jr., William R. Lummis, and Irving S. Shapiro – made the critical decision in 1985 to sell the Institute’s sole asset, the Hughes Aircraft Company, to create a more flexible endowment for the support of biomedical research. During the process of selling the company, the trustees reaffirmed the Institute's status as a medical research organization (MRO) and thereby declined to transform it into a private foundation.

By 1984, HHMI scientists focused on four areas of research – cell biology, genetics, immunology, and neuroscience – with a fifth, structural biology, being added in 1986. During its first three decades, the Institute also established the relationship with its researchers that has proved singularly productive. The Institute employs Hughes investigators, but they conduct their research in the laboratories of their host institutions, allowing for a cross-fertilization of ideas and people that has ramifications throughout the biomedical sciences.

The sale of the Hughes Aircraft Company established the Institute's net worth, which in turn determined the amount that HHMI must spend each year on research. The trustees expanded the HHMI Investigator Program beyond a small number of institutions. That same year, the trustees elected Purnell W. Choppin as the Institute’s president. Both events were critical and set the stage for an extraordinary period of growth and change. The Institute decided, among other initiatives, to make a major investment in structural biology, to help with the initial funding for the sequencing of the human genome, and to create a separate grants program. 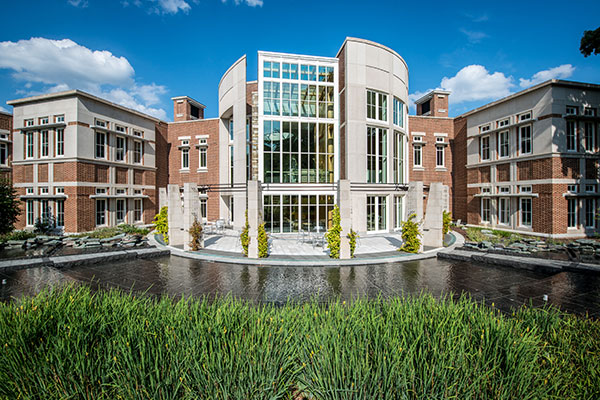 During the last 30 years – under the leadership of HHMI presidents Choppin (1987-1999), Thomas R. Cech (2000-2009), Robert Tjian (2009-2016), and Erin O’Shea (2016-present) – the Institute established itself as a driving force in biomedical research and science education. HHMI scientists are increasing our understanding of some of society’s most vexing health problems – including AIDS, cardiovascular disease, cancer, and diabetes – with the ultimate aim of improving the lives of people everywhere. The Institute’s flagship research effort, the HHMI Investigator Program, has joined with more than 60 distinguished U.S. universities, hospitals, institutes, and medical schools to create an environment that provides flexible, long-term support for more than 250 scientists and their research teams. HHMI Investigators are widely recognized for their creativity and accomplishment: numerous HHMI Investigators are members of the National Academy of Sciences, and HHMI has supported 30 Nobel laureates.

In 2006, HHMI opened the Janelia Research Campus, where leading scientists pursue long-term, high-risk/high-reward research in a campus specially designed to bring together researchers from disparate disciplines. Janelia scientists are working on some of science's most challenging problems: discovering the basic rules and mechanisms of the brain's information-processing system and developing optical, biological, and computational technologies for creating and interpreting biological images.

HHMI’s science education program, which was established in 1987, is the largest privately funded education initiative of its kind in the United States. Through innovative science education programs, HHMI seeks to strengthen education in biology and related sciences from elementary school to graduate studies and beyond. HHMI is dedicated to expanding the ranks of individuals who pursue science-related careers and to broadening access to science for all, including women and members of underrepresented groups.