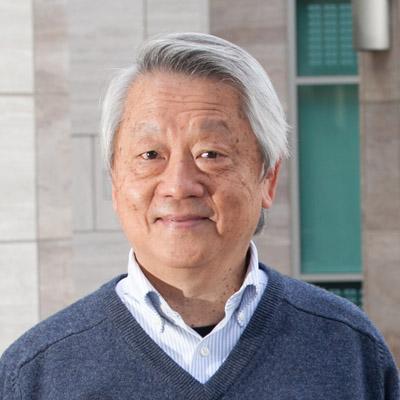 Dr. Jan is the Jack and DeLoris Lange Professor of Molecular Physiology at the University of California, San Francisco.

As part of a long term collaboration with Dr. Lily Jan, we are interested in the basic mechanisms of neural development. Our strategy is to use the relatively simple Drosophila peripheral nervous system (PNS) to discover the genetic program that controls its development. In doing so, we hope to uncover evolutionarily conserved core programs that control different steps of neural development in animals. We started with the earliest steps in neural development (neurogenesis and neuronal cell fate specification) and gradually worked our way toward later steps (neuronal morphogenesis and the assembly of a functional neuronal circuit). Some highlights of our earlier efforts include the discoveries of atonal and numb. Atonal is a basic-helix-loop-helix (bHLH) protein, which is the founding member of an important family of proneural genes that initiate the development of two major types of sensory neurons used in vision and hearing. Its mammalian homologues include Neurogenin, Math 1, and Math 5. Numb functions as a cell fate determinant during asymmetric cell division. Numb provided a starting point for the study of asymmetric cell division in Drosophila and vertebrates and led to considerable insight into the molecular basis of asymmetric cell division. In recent years, the major focus of our lab has shifted to the study of dendrite development, the relationship between neuronal morphology and function, as well as neuronal circuit assembly. The following are the areas of our ongoing investigation.

Mechanisms Controlling Dendrite Development in Drosophila
Dendrite arborization patterns are critical determinants of neural circuit formation and influence the type of synaptic or sensory inputs a neuron is able to receive. Moreover, dendrite defects are associated with a variety of human mental disorders such as autism. Relatively little is known about the molecular mechanisms that control dendrite development. We use the fly transgenic technique to express green fluorescent protein (GFP) in the dendritic arborization (da) neurons, a group of sensory neurons with a stereotyped dendritic branching pattern. This allows us to visualize the development of the dendrites of da neurons in the living fly embryos and to use them as an assay system for a genetic dissection of neuronal polarity and dendrite development. We have identified and studied many genes affecting different aspects of dendrite development and have begun to gain insights into the underlying mechanisms of (1) how axons and dendrites are made differently, (2) how a neuron acquires its neuronal type specific morphology, (3) how the dendrites of different neurons are organized, (4) how the size of a dendritic arbor is controlled, and (5) how the pruning and remodeling of dendrites are regulated during development.

The dendritic arbor of each neuron has a class-specific branching pattern and occupies a unique area in the body, and its development is controlled by both intrinsic and extrinsic mechanisms.

Intrinsic factors that regulate dendritic arbor size and complexity. Previously, we and others have found that the neuronal type specific dendrite morphology is determined by the combined action of multiple transcription factors such as Abrupt, Cut and Knot as well as epigenetic factors of the Polycomb group of genes. We have continued to identify additional factors that affect dendrite morphogenesis, for example, the transcription factor Dar1 (Dendritic arborization reduction 1) and the epigenetic factor Fs(1)h, a double-bromo and extraterminal domain protein that specifically affects dendrite but not axon growth.

We have also made progress in elucidating the role of MT in dendrite morphogenesis. Similar to the majority of vertebrate neurons, the Drosophila da neurons show clear dendrite vs. axon polarity including the orientations of microtubules (MT). It is well known from studies in various organisms that the differences in MT polarity in dendrites and axons underlie the structural and functional differences of axons and dendrites. The Uemura group and our group independently found that Dyenin controls the orientation of the MT in axon and the dendrite specific localization of Golgi outposts. Interestingly, we recently found that Golgi outposts shape the morphology of class IV da neurons by functioning as acentrosomal MT nucleating sites in their dendrites.

Extrinsic factors that regulate dendritic arbor patterning: the important roles of dendrite-dendrite and dendrite-substrate interactions. Dendrite-dendrite repulsion strongly influences the size, shape, and the spatial relationship of dendritic arbors. The dendrites of each da neuron repel one another (known as self-avoidance) to spread out without crossing over. Additionally, Class III and Class IV da neurons exhibit tiling, i.e., there is little overlap between the adjacent dendritic arbors of the neurons of the same class due to their homo-typic repulsion.

Dendrite self-avoidance requires the Down syndrome cell adhesion molecule (Dscam), without Dscam, the dendrites of each da neuron bundle together or cross over due to the lack of self-avoidance. The recognition molecules that mediate the homo-typic repulsion for tiling are not yet identified.

Recently, the Grueber lab and our lab independently found that epidermal cells function to tether the dendrites to the ECM via integrins to confine the dendrites to a 2D space so that dendritic repulsion can take place for self-avoidance and tiling. Without being tethered to 2D space, the dendrites can avoid contacting each other by growing in slightly different planes along the Z-axis and thus can cross over and result in self-avoidance or tiling defects on the projected X-Y plane. Further, we discovered that the evolutionarily conserved protein kinase Tricornered (Trc) and its adaptor protein Furry (Fry), that we previously found to be important for self-avoidance and tiling, actually function by regulating this tethering to ECM. More recently, we found several additional genes involved in tethering dendrites to ECM including Sema 2b, Plexin B, and Ret kinase and there is extensive genetic interaction among them. We are continuing to elucidate the genetic pathway and molecular mechanisms that restrict the da dendrites to a 2 dimensional space, a phenomenon similar to the stratification of neurites in various parts of vertebrate nervous system such as retina.

This finding adds to our growing appreciation of the importance of epidermal cells, which are situated adjacent to the dendrites, in patterning dendrites, as they are also required in dendritic scaling and debris removal. During development, as the larva grows, the dendrites of da neurons grow proportionally to maintain coverage of the body wall, a phenomenon known as dendritic scaling. This requires a microRNA bantam functioning in the epidermal cells to send a signal to the neighboring neuron to control its dendritic growth. More recently we discovered that contrary to the general belief, it is actually the epidermal cells rather than the circulating macrophage-like hemocytes that function as the phagocytes to clear degenerating dendrites during injury or developmental pruning.

Functional Implication of Dendrite Morphogenesis and the Study of Mechanosensation
To understand dendrite morphogenesis, we felt that we needed to study it in the context of function. The fly uses a variety of mechanisms such as self-avoidance and tiling in order to form a beautiful array of class IV da neuronal dendrites to tile the body wall. Why? Based on the work of several labs including ours, we know that class IV da neurons are poly-model nociception receptors: they can sense high temperature or noxious mechanical stimuli. Unexpectedly, we discovered that class IV da neurons also function as photoreceptors. It turns out that Drosophila larvae have two different types of photo-sensors. The previously known larval photoreceptors, the Bolwig organ, function primarily in avoidance of low light, whereas class IV da neurons constitute a second photoreceptor system using a novel photo-transduction machinery to sense harmful short wave length light. This regular array of photo-sensors enable the larvae to sense light exposure over its entire body to move out of danger. This may explain why the organization of class IV da neurons is so similar to that of tiled neurons in the vertebrate retina.

NOMPC is one of the very few bona fide pore-forming subunits of mechano-transduction channels that can be functionally expressed in a heterologous system, thus allowing us to study mechano-gating mechanisms. Several models have been proposed regarding how the mechanical force triggers channel opening. In the membrane force model, the force exerted via lipids in the membrane gates the channel. Alternatively, the tether model posits that the channel is tethered to intra- or extra-cellular structures and the force exerted by these molecular tethers gates the channel as has been proposed for hearing channels. While there is considerable evidence supporting the membrane force model, direct molecular evidence for the tethered gating model has been lacking. Recently, we have obtained strong evidence that the 29 amino-terminal Ankyrin repeats (ARs) of NOMPC act as tethers (or gating spring) that convey forces to the channel. We are continuing to study NOMPC as well as using Drosophila to discover new mechano-sensitive channels to gain insight of mechanosensation.

Degeneration and Regeneration of Dendrites and Axons
Recently, we found that after severing, the class IV da neuron’s axon regenerates in a manner strikingly similar to that of mammalian dorsal root ganglion neurons after injury, namely it regenerates well in the periphery but poorly in the CNS. Furthermore, as in mammals, activating the Akt pathway enhances axon regeneration of da neurons in the Drosophila CNS. Those results strongly suggest that class IV da neurons can serve as an excellent model system for uncovering and studying the evolutionarily conserved axon regeneration mechanisms. We are currently performing a candidate-based screen, as well as unbiased screen to identify potential inhibitors for CNS axon regeneration. This strategy offers an opportunity to gain insights into the repertoire of regulators for axon regeneration, which may ultimately inspire novel treatments for nerve injury and neurodegenerative diseases.

Extension of our Drosophila Work to Dendrite Development of Mammalian Central Neurons and Potential Implications in Neurological Disorders
We have been trying to extend what we learned from our Drosophila studies of dendrite development to mammalian cortical neurons. We showed previously that the Hippo kinase signaling pathway is important for dendrite morphogenesis in Drosophila. Recently, we demonstrated that NDR kinases, the mammalian homologues of Trc kinase in the Hippo pathway of Drosophila, have an evolutionarily conserved role in controlling mammalian dendrite morphogenesis. Furthermore, in collaboration with Dr. Kevan Shokat at UCSF, we have succeeded in applying the chemical genetic approach developed in Shokat lab to identify NDR kinases substrates that also have important functions in dendrite morphogenesis. We have continued to apply this powerful technique to identify the substrates of the mammalian homologues of other kinases in the Hippo pathway such as MST3 and to study their roles in dendrite morphogenesis. Some of the substrates including TAO2 have been implicated in certain mental disorders such as autism and schizophrenia.

Drosophila Behavior and Underlying Neuronal Circuitry
Our lab has also contributed to characterizing certain adult behaviors in Drosophila, including egg-laying site selection, female post-mating switch from receptive behavior to rejection of male courtship, rival induced prolongation of mating duration in the male, and social influence of male aggression. We have made progress in identifying components of neuronal circuitry underlying those behaviors.