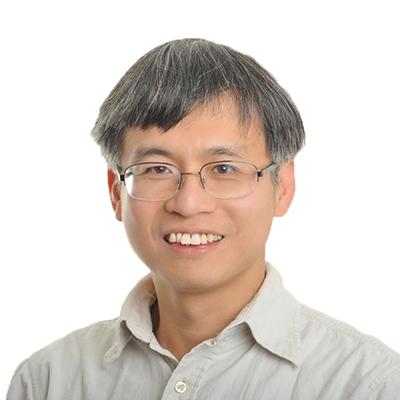 Dr. Lee is a group leader at the Janelia Research Campus.

We develop and apply sophisticated genetic mosaic tools to determine how the Drosophila brain develops and may undergo dynamic changes to govern organism behavior. We identify neuron types and describe their connectivity in the adult fly brain by systematically labeling single neurons based on lineage origins and the orders of birth within individual lineages. We use these neuron types as model systems to elucidate how numerous types of neurons are derived from a limited number of neural progenitors, how distinct types of neurons are wired in specific patterns, and how neuron-type compositions or neuronal connectivity may dynamically change throughout the life of an organism. In addition, to unravel the neurological basis of organism behavior, we are extending the powerful genetic mosaic tools that we have developed for studying neural development to manipulate neuron-type compositions, neuronal connectivity, or patterns of neural activity in lineage- or neuron-type-specific manners.

MARCM, an Ideal Tool for Studying Neuronal Temporal Identity
We use MARCM (mosaic analysis with a repressible cell marker) to target specific neurons in intact organisms. MARCM enables us to label and to manipulate the genome of single neurons in behaving organisms. Most importantly, MARCM allows us to target specific neurons based on lineages and the orders of birth within lineages.

From lineages to individual cells, we have identified many neuron types with different stereotyped projections and have observed that specific neuron types are not only derived from specific progenitors but also born at specific developmental times. In particular, we have resolved the lineages of mushroom body (MB) neurons that constitute the olfactory learning and memory center in insects.

Using the MB lineages as a model system, we have uncovered chinmo (chronologically inappropriate morphogenesis), a gene encoding a BTBzinc finger nuclear protein, as a novel master gene for birth time/order-dependent neuronal cell fates. Intriguingly, Chinmo proteins exist in gradients. The levels of Chinmo, governed by a 5'-UTR-dependent translational control, in newly derived postmitotic neurons dictate their temporal cell fates. We are investigating how the temporal gradients of Chinmo are generated. An understanding of this will shed light on the origins of neuronal temporal identity. Elucidating the mechanisms by which a neural progenitor can be programmed or instructed to make specific neuron types will enhance our ability to modulate brain development for dissecting brain function or rectifying its anomalies.

Study of Non-Cell-Autonomous Regulation of Brain Development and Function by Dual-Expression Control
Diverse morphogens, patterned environmental cues, and intricate cell-cell interactions govern the development and function of the brain. Although MARCM has permitted single-cell analysis of brain development and allowed us to study gene cell-autonomous function in mosaic organisms, targeting one cell type at one time in MARCM (or other existing tools) is insufficient for fully understanding how the brain develops and evolves to control organism behavior dynamically. We have thus established another binary transcriptional system in Drosophila. Having two widely applicable, independent systems for targeted transgene induction (GAL4/UAS plus LexA/lexAop) allows investigators to differentially mark and independently manipulate gene function or neural activity in different brain cells of the same organism.

We are investigating by dual-expression control (1) the mechanisms that non-cell autonomously govern MB neurogenesis, (2) the genes required in glia for proper neural development or function, and (3) the effects that prior patterns of neural activity may exert on the connectivity of the circuitry. Identifying genes non-cell autonomously involved in neuron development and function and elucidating their mechanisms of action will greatly advance our understanding of the brain.

Twin-Spot MARCM for Identification of Individual Neurons in the Adult Drosophila Brain
Genetic mosaics carry sister clones that are homozygous for different homologous chromosome arms. MARCM uniquely labels one type of the sister clones and permits targeting of specific neurons for manipulation of gene function, as well as analysis of neuronal projection. It is difficult, however, to determine the identity of targeted neurons. This compromises the power of MARCM, especially in previously uncharacterized brain regions. For more informative mosaic analysis, we recently developed a MARCM system that allows us to label paired sister clones with distinct reporters as "twin spots." This system reveals the developmental origins of randomly targeted clones, providing critical insight into the identity of individual clones.

Systematic labeling of single neurons by twin-spot MARCM will allow us to construct a cellular and developmental fly brain map in which every single neuron is identifiable and its developmental origin has been determined (as illustrated in the figure). Such a map will provide the foundation for precise determination and functional dissection of the circuitry. It will also give us a complete picture of how a complex brain develops and direct access to specific neuron precursors for elucidating the mechanisms by which distinct neurons are specified.