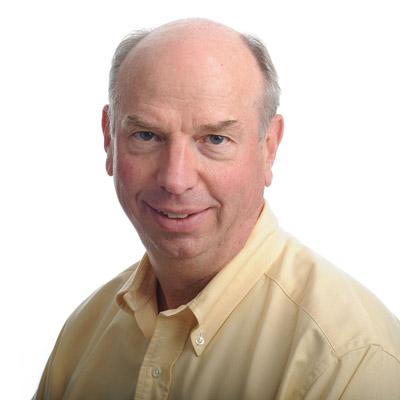 Dr. Harris is director of the Applied Physics and Instrumentation Group at the Janelia Research Campus.

Tim Harris, Director of the Applied Physics and Instrumentation Group, says "applied physics is here at Janelia to develop tools for other scientists' research." Although the physics team collaborates with scientists in most of Janelia's research projects, its current emphasis is on inventing ways to study neural circuits at work in living organisms. "The problem is so complex that no circuit is completely observable," Harris notes.

The greatest challenge in understanding the function of neurons and the neural circuits in which they operate is measurement. And measurement of neural circuits in the brains of small organisms such as fruit flies, dragon flies, C. elegans, and even mice, cannot be accomplished without new tools made of the right components and of the right size to record neural activity without disrupting it. The Applied Physics and Instrumentation Group is working on the development of two-photon excited fluorescence probes; creation of an autonomous voltage sensor, the most forward looking project; new approaches to array tomography; and extracellular electrodes that will record neuron activity across a wider area of the brain.

These new probes have also been designed for use in organisms whose brains range from small to smaller in size and number of neurons. A high sensor count array probe reveals activity in high-density, small neurons. This probe surveys a large area of tissue consistent with active neurons detectable on more than one site in the brain. A probe created especially for Drosophila research has been made to access neurons in the tiny fly brain. Shanks of the new probes are no more that 3–5 μm wide and are thinned to 1–2 μm in thickness. These tools, currently unique to Janelia Farm, will be available to the wider research community when they are perfected and easily replicable.