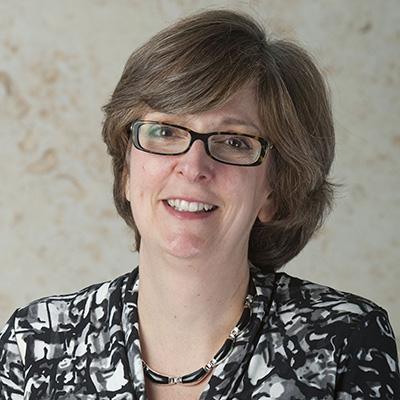 Susan Ackerman is working to identify and analyze the genes, pathways, and networks involved in the maintenance of neuronal homeostasis and age-related death of neurons in the central nervous system.

Molecular Mechanisms of Neurodegeneration
We use forward genetics to identify the molecular pathways associated with loss of neurons in the aging mammalian brain. Specifically, we study chemically induced and spontaneous mouse mutants with adult-onset neurodegeneration leading to progressive movement abnormalities associated with cerebellar ataxia. Because these mutants often have additional sites of neuron loss, pursuing this phenotype gives us access to genes affecting survival of multiple types of neurons.

The advantage of this approach is that it allows the identification, without a priori assumptions, of molecules critical to survival of terminally differentiated neurons in the mammalian central nervous system (CNS). Analysis of these mutants and determination of the underlying molecular defects, combined with identification of single-locus suppressor/enhancer genes of these mutations, will allow identification of the molecular mechanisms that underlie neuron death in the aging CNS and enhance progress toward prevention and development of effective therapies.

Ribosome stalling, tRNA deficiency, and neurodegeneration. Cerebellar, hippocampal, cortical, and retinal neurons degenerate in mice homozygous for the ENU-induced mutation nmf205. We determined that these mice have a null mutation in the gene encoding GTPBP2, a novel translational GTPase that interacts with the ribosome rescue factor Pelota.

The neurodegeneration associated with loss of Gtpbp2 function tremendously varies depending on genetic background, suggesting the presence of genes that modify this phenotype. By positional cloning we identified a mutation in a transfer RNA (tRNA) gene that results in neuron death when combined with the Gtpbp2 mutation. Surprisingly, this tRNA gene is expressed only in the nervous system. Although five tRNA genes with the same anticodon are present in the mouse genome, ribosome profiling demonstrated that loss of this isodecoder tRNA resulted in increased ribosome pausing during translation elongation when the codon complementary to the anticodon of the mutated tRNA was present in the ribosomal A site. Ribosome occupancy at this codon dramatically increased when Gtpbp2 and the tRNA gene were mutated, suggesting that GTPBP2 is a newly identified ribosome rescue factor. Together, these results demonstrate that ribosome stalling can underlie neuron death. Furthermore, our data suggest that isodecoder tRNAs may play specific roles during translation.

We identified a chemically induced mutation in one member of the U2 small nuclear RNA (snRNA) family that results in degeneration of cerebellar and hippocampal neurons. U2 snRNAs are essential components of the spliceosome and are encoded by multiple genes. Cell-based splicing assays and RNA-Seq analysis demonstrate that this mutation leads to abnormalities in alternative splicing of many pre-mRNAs. Furthermore, our studies demonstrate that levels of the mutated U2 gene are higher in regions with the most degeneration, suggesting although the U2 RNAs are identical, genes encoding these RNAs may be specifically regulated. To investigate the expression of these genes and the phenotypes that result from their disruption, we have mutated other mouse U2 genes through TALEN (transcription activator–like effector nuclease) mutagenesis. Studies of mice with these mutations and the mechanisms underlying neurodegeneration induced by altered pre-mRNA splicing are ongoing.

Purkinje cell loss in mice homozygous for the spontaneous sticky (sti) mutation is associated with accumulation of ubiquitinated proteins in the cytoplasm, endoplasmic reticulum, and nucleolus. We have determined that the sti molecular defect is a point mutation in the editing domain of alanyl tRNA synthetase (AlaRS). The aminoacyl tRNA synthetases establish the genetic code that links each amino acid to its cognate tRNA that bears the anticodon triplet of the code. The high accuracy of protein translation is largely attributable to the precision of these aminoacylation reactions, and much of this accuracy resides in the editing domains of these synthetases that clear misactivated amino acids or mischarged tRNAs. In collaboration with Paul Schimmel (Scripps Research Institute), we demonstrated that the sti mutation causes an increase in mischarged tRNAAla. This likely leads to random misincorporation of amino acids at Ala codons, ultimately causing production of unfolded, heterogeneous proteins. The loss of translational fidelity in sti mutant mice is an exciting new mechanism underlying neurodegeneration.

We have recently created a mouse with an AlaRS conditional knockin mutation that produces a more severe disruption of AlaRS editing than is caused by the sti mutation. We are using various Cre lines to induce expression of this defective molecule and examine the effects of mistranslation on different neuronal populations. In addition, by positional cloning, we have identified a modifier gene that suppresses protein inclusion formation and neurodegeneration in sti/sti Purkinje cells in a gene dosage–dependent manner. We are working to determine the function of this gene and its role in other neuron populations.

Work on these projects, as well as investigation of other genes identified in our screen, should continue to yield exciting insights into the mechanisms underlying neurodegeneration.

Portions of these projects were supported by grants from the National Institutes of Health.