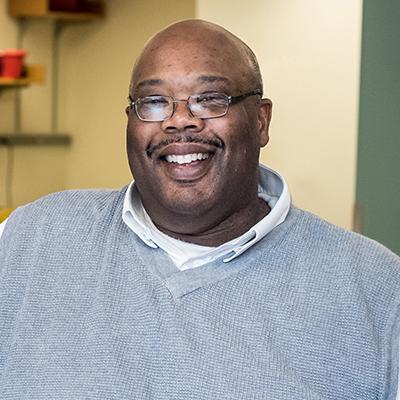 Squire Booker wants to understand novel ways in which the compound S-adenosylmethionine (SAM) is used in enzyme catalysis. Specifically, Booker and his team are focused on a family of enzymes called radical SAM, in which SAM is used as a precursor to a potent radical that initiates a multitude of complex reactions. These enzymes are involved in biosynthesis of numerous natural products, the modification of nucleic acids and proteins, and antiviral defense mechanisms and antibiotic resistance, among other processes. Radical SAM enzymes number in the hundreds of thousands, and the functions of most are unknown; one of the team’s goals is to develop methods to annotate their function.