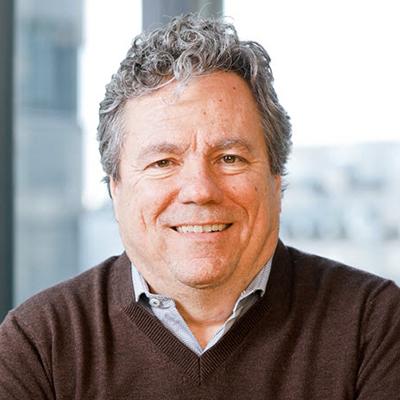 Scott Lowe is interested in characterizing tumor-suppressor networks and how mutations in network components influence tumorigenesis and resistance to chemotherapy. His goals are to characterize innate cellular mechanisms that resist malignant transformation, as well as to identify cellular vulnerabilities created by cancer-promoting mutations that can be harnessed therapeutically.

Cancer arises through an evolutionary process whereby normal cells acquire mutations that erode growth controls, leading to inappropriate cell proliferation and survival. Mutations can involve activation of cancer-promoting oncogenes or inactivation of cancer-inhibiting tumor-suppressor genes. Although such mutations contribute new capabilities to the developing cancer cell, they also pose potential liabilities that can be leveraged for therapeutic intervention.

Our laboratory is interested in understanding precisely how genetic alterations in cancer cells contribute to tumor progression, alter treatment response, and create vulnerabilities that may be targeted therapeutically. Our approach involves combining genetic and genomic tools that enable us to explore various aspects of cancer biology in a comprehensive way. For example, we optimized short hairpin RNA (shRNA) technology to improve its potency and selectivity and used these tools to screen for new cancer drivers and dependencies, both in vitro and in vivo. We also established two mouse models: one in which tumors are produced by orthotopic delivery of premaligant cells and/or genes to particular tissues, and a second in which tumors arise in genetically engineered mouse models based on embryonic stem cells (GEMM-ESCs) harboring multiple cancer-predisposing or functionality alleles. We combine these approaches to study the impact of genetic changes that occur in human tumors on tumor progression and ask which genes are required for tumor maintenance in established cancers.

p53 Tumor-Suppressor Gene
One long-standing area of investigation involves research into the p53 tumor-suppressor gene, which represents the most frequent somatic mutation event in human cancers. Normally p53 acts to limit proliferation in response to DNA damage or hyperproliferative signals induced by oncogenic stress. Loss of or mutations in p53 allow for inappropriate proliferation and survival in the context of oncogene activation and various cytotoxic cancer drugs. One of several key mechanisms whereby p53 acts to restrict cancer involves its ability to promote cellular senescence, a stable if not permanent form of cell cycle arrest. We have shown that p53 promotes this process through both cell-autonomous mechanisms that trigger cell cycle arrest and non-cell-autonomous mechanisms involving secreted proteins that alter the tissue microenvironment. In some settings, these secreted factors promote the immune clearance of senescent cells, enhancing the tumor-suppressive effects of senescence. In others, they produce an antitumor microenvironment that allows p53 to suppress tumorigenesis in a non-cell-autonomous manner.

Studies also show that p53 can limit normal stem cell self-renewal and the reprogramming of induced pluripotent stem (iPS) cells, and cells that evade oncogene-induced senescence become "immortalized" in a continuous state of self-renewal. Merging these ideas, we showed that p53 loss enables the aberrant self-renewal of RAS-expressing myeloid progenitor cells, thereby increasing their leukemia-initiating potential. Most recently, we showed that p53 can repress the "stemness" gene Nestin in adult hepatocytes through an indirect mechanism that restricts liver tumorigenesis by limiting cellular plasticity and the expansion of progenitor-like populations in response to oncogenic stress. Consequently, p53 loss, together with lineage-specific lesions, enables the emergence of either hepatocellular carcinoma or bile duct cancers with progenitor-like properties that, in patients, confer reduced survival. These observations support links between p53 loss, aberrant self-renewal, cellular plasticity, and malignant transformation and are consistent with studies showing that p53 can limit epigenetic reprogramming of iPS cells.

In addition to inactivating p53, p53 missense mutations often encode stable proteins with gain-of-function activities that enhance invasion and metastasis beyond p53 loss alone. Using a murine pancreas cancer model, we showed that one way in which mutant p53 promotes metastasis is by binding its family member p73 and increasing the levels and activity of platelet-derived growth factor β (PDGFRβ). Consequently, small-molecule PDGFRβ antagonists effectively suppress metastasis in this model.

Other Tumor-Suppressor Genes
Beyond p53, we have taken a multipronged approach to assemble and characterize other tumor-suppressor networks. For example, we survey genomic information from human tumors to identify candidate tumor suppressors and use functional studies in mice to identify those genes whose disruption contributes to tumorigenesis in different genetic and tissue subcontexts. Such approaches identified the polyamine-hypusine network as tumor suppressive in lymphoma and identified a cluster of cooperating tumor suppressors on chromosome 8p that limits liver cancer. Additionally, in complex karyotype acute myeloid leukemia (AML) – a disease defined by large deletions encompassing p53 on chromosome 17 and other regions – we identified MLL3 as a 7q tumor suppressor whose attenuation cooperates with p53 to promote self-renewal, and SPRY4 as a 5q tumor suppressor whose loss cooperates with other negative regulators of the RAS pathway leading to tumorigenesis without gain-of-function mutations in RAS genes.

Although traditional mouse-modeling approaches have elucidated the role of tumor-suppressor gene inactivation on tumor initiation or progression, it has been more challenging to study whether these events are needed for disease maintenance, since it is generally not possible to restore wild-type gene function to tumors harboring inactivating mutations. Still, such information is crucial for understanding tumor-suppressor action and points toward whether and how the network might be targeted for therapeutic purposes. The inducible shRNA transgenic models solve this issue by enabling tumor-suppressor function to be turned off and on at different stages of tumorigenesis. We have used these models to establish a role for p53 loss in maintaining MYC-induced lymphoma, INK4a/ARF suppression in sustaining lung cancer progression, and, most recently, PTEN loss in sustaining murine T cell acute lymphoblastic leukemia (T-ALL). In the latter case, PTEN restoration selectively induced apoptosis in disseminated leukemia cells but not those present in hematopoietic organs. These results identify a novel form of tumor heterogeneity dictated by the tissue microenvironment.

Our efforts on tumor-suppressor gene biology have also provided more general insights into the nature and genomic organization of cancer genes. As examples, we note that many tumor suppressors are haploinsufficient, encode secreted proteins, or have pro-oncogenic activities in other contexts. Also, many recurrent chromosomal deletions often harbor more than one relevant activity, implying they have an impact on cancer that goes beyond single-gene mutations and should be considered a distinct type of mutational event.

Therapeutic Response
Since its inception, our laboratory has been interested in understanding how the path of cancer evolution influences its subsequent response to conventional and molecularly targeted therapies; for example, we showed that p53 inactivation in AML and other cancers could produce resistance to cytotoxic chemotherapy. Now, by exploiting our powerful genetic tools and model systems, we are developing systematic approaches to identify and validate therapeutic targets in cancer contexts for which new drugs are desperately needed. For example, we performed a genetic screen for therapeutic targets in hepatocellular carcinoma (HCC), a disease for which there are no effective therapies. Our efforts identified cyclin-dependent kinase-9 (CDK9) – a molecule involved in transcriptional elongation – as required for the maintenance of MYC-overexpressing murine and human HCC cells, establishing both CDK9 and transcription elongation as therapeutic targets in cancer cells overexpressing MYC.

In many instances where a target has been suggested from genomic or functional screening or from a hypothesis-driven approach, we exploit our mouse models to provide in-depth in vivo validation of targets and/or utilize these as preclinical models to test new agents. Such efforts can produce information that contributes to the development or interpretation of clinical trials. In leukemia, our efforts to study isocitrate dehydrogenase (IDH2) mutants or BRD4 have helped validate these molecules as therapeutic targets and, in the case of BRD4, also suggested potential toxicities arising from target inhibition.

The large-scale characterization of human cancer genomes has cataloged most of the genetic events that contribute to cancer but is not sufficient to determine which changes are required to initiate and maintain disease. By functionally characterizing cancer genes and the mechanism whereby they subvert normal growth controls, we expect our research will continue to produce mechanistic insights into cancer evolution and provide key information needed to attack the disease rationally.

Grants from the National Cancer Institute, the Starr Cancer Consortium, and the Liddy Shriver Foundation provide partial support for this research.