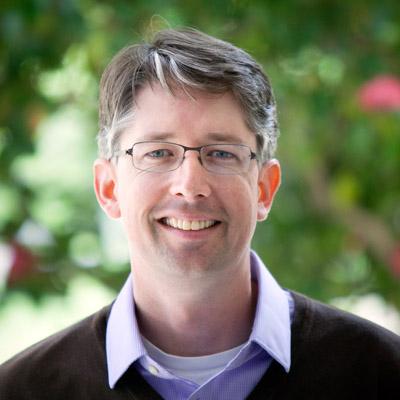 Dr. Vance is a professor of immunology and pathogenesis at the University of California, Berkeley.

My lab is interested in determining the molecular basis by which pathogens are detected by the innate immune system. In particular, we are intrigued by the problem of how harmful microbes are distinguished from the background of harmless microbes that are natural ubiquitous residents of our bodies and our environment. We have hypothesized that the innate immune system can respond selectively to pathogens by detecting "patterns of pathogenesis"—the virulence-associated activities specifically expressed by pathogens.

One major pattern of pathogenesis we have studied is invasion of the host cell cytosol. Many, if not most, pathogens invade the host cell cytosol in order to manipulate the inner workings of host cells. To access the host cytosol, pathogens use a wide variety of strategies, including specialized secretion systems and toxins. By contrast, non-pathogens tend to leave the host cytosol untouched. Our work endeavors to show how deployment of specific innate immune sensors in the cytosol provides a mechanism for detection of specific pathogens.

Cytosolic Sensing of Legionella pneumophila
Many of our studies have utilized the intracellular bacterial pathogen Legionella pneumophila, the causative agent of Legionnaires' disease. L. pneumophila has proved to be an outstanding model for studies of innate immunity. Work on L. pneumophila led to the identification of the cytosolic sensor protein Naip5. My lab showed that Naip5 functions to sense L. pneumophila and other bacteria by serving as a specific cytosolic detector of bacterial flagellin. By generation of mice lacking Naip5 and by complementary biochemical experiments, we showed that detection of flagellin by Naip5 leads to assembly of a multiprotein signaling complex called an inflammasome. Once activated, the inflammasome activates signaling pathways that provide host defense to infection.

We have also identified a paralogous protein, Naip2, as a sensor of bacterial type III secretion system rod proteins. In addition, we have recently shown how activation of inflammasomes by Naip proteins can also orchestrate potent pathological immune responses in vivo by leading to the rapid production of inflammatory lipid mediators such as leukotrienes and prostaglandins. We have also identified a pathological role for the Naip5 inflammasome in a gram-negative bacterial sepsis model in mice.

Naip5 is just one of many immune sensors that are activated by L. pneumophila. We are also interested in the alternative innate immune pathways that provide immune defense to L. pneumophila infection, particularly the mechanisms leading to the production of immunoprotective cytokines. Recently we found that cytokine production in response to L. pneumophila occurs in response to specific secreted toxins of L. pneumophila that inhibit host protein synthesis. This novel immunosensing pathway also appears to be involved in the detection of other bacterial pathogens, including Pseudomonas aeruginosa.

The NLR Superfamily
The Naip immunosensor proteins are members of a superfamily of related proteins called the nucleotide-binding domain (NBD)/leucine-rich repeat (LRR)-containing (NLR) proteins. Most NLRs are believed to play a role in pathogen recognition, but the molecular mechanisms by which NLRs sense pathogens remain poorly understood. Recently we have become interested in the NLR family member Nlrp1b. Nlrp1b was shown to be a specific cytosolic detector of the lethal toxin produced by Bacillus anthracis, the bacterium that is the causative agent of anthrax. B. anthracis produces its lethal toxin in order to cleave and inactivate signaling proteins that are important for the host immune response. As a countermeasure, the Nlrp1b sensor detects lethal toxin and initiates inflammasome activation as an alternative protective immune response. We found that cleavage of Nlrp1b by anthrax lethal toxin is sufficient to activate the Nlrp1b sensor. This mechanism is an excellent illustration of the idea that the innate immune system can detect pathogen-encoded activities.

Cytosolic Detection of Cyclic Dinucleotides and Mouse Mutagenesis
We discovered a novel cytosolic immunosurveillance pathway that detects unique bacterial signaling molecules called cyclic dinucleotides. We used mouse mutagenesis to identify the host protein Sting as essential for the response to cyclic dinucleotides, and we proved biochemically, with recombinant purified protein, that Sting is the cytosolic cyclic-dinucleotide receptor. These studies led us to discover a novel cyclic dinucleotide, cyclic [G(2'-5')pA(3'-5')p], produced by mammalian cells as a second messenger molecule that is critical for the interferon response to cytosolic DNA. We are expanding our mutagenesis studies to identify additional novel genes involved in the host defense to the significant global pathogen Mycobacterium tuberculosis.

All the immunosensors we are characterizing localize to the host cell cytosol and thus selectively detect pathogenic bacteria, which typically access or invade the host cytosol. By contrast, avirulent microbes, which are typically relegated to the extracellular space, are ignored. Our studies are providing molecular explanations for the fundamental problem in immunology: how are pathogenic and harmless microbes discriminated? We expect that a better understanding of how the innate immune system detects pathogens will lead to the development of immunotherapeutics that can regulate inflammation in the context of numerous diseases, including infectious diseases, autoimmune diseases, and cancer.

Grants from the National Institutes of Health and the Burroughs Wellcome Fund provided partial support for some of these projects.