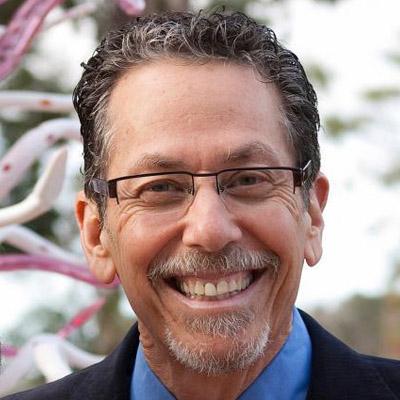 Dr. Evans is a professor in the Gene Expression Laboratory and March of Dimes Chair in Molecular and Developmental Biology at the Salk Institute for Biological Studies in La Jolla, California.

The discovery of steroid receptors and, subsequently, the family of orphan nuclear receptors provides a molecular approach to the study of metabolic regulation by fat-soluble hormones, vitamins, and dietary lipids. Ronald Evans is interested in the origins of physiology and the molecular genetics of muscle performance, metabolic disease, inflammation (including atherosclerosis and diabetes), and cancer and using this information to devise small-molecule therapy.

The concept of fat—a single word expressing the melding of nutrition, physiology, energy metabolism, diet, and disease—is simple to grasp. While an abundance of food may be perceived to be good, there is little to be achieved in its excess. The association between excess weight (obesity) and a tetrad of medical problems—hypertension, cardiovascular disease, hyperlipidemia, and diabetes—has come to be known as metabolic syndrome or syndrome X. The peroxisome proliferator-activated receptor (PPAR) family of orphan receptors comprises three related gene products, each of which uniquely contributes to the etiology and potential treatment of this syndrome.

Obesity and Metabolic Syndrome
The PPARs are a class of orphan receptors that are the product of the closely related α, γ, and δ genes. The γ isoform, which functions as an adipocyte differentiation factor, is the target of the antidiabetic drugs Actos and Avandia. In mature adipose cells or macrophages, activation of PPARγ promotes lipid uptake and storage. Activation of PPARγ by antidiabetic drugs promotes expression of the oxycholesterol receptor LXRα, which in turn induces the efflux pump ABC-A1, resulting in cholesterol removal from the foam cell macrophages. Despite this knowledge, it is not known how PPARγ contributes to diabetes and how thiazolidinediones (TZDs) act therapeutically. In the body, PPARγ is expressed at its highest levels in brown and white adipose tissue, suggesting an important role for fat in the etiology and treatment of insulin resistance. We are employing chromatin immunoprecipitation (ChIP) to identify key direct target genes by hybridization to DNA promoter chips (ChIP on Chip).

Losing Weight by Increasing Metabolism
In Western cultures, excess adipose mass, or obesity, has reached epidemic proportions, resulting in metabolic syndrome, typified by type II diabetes, cardiovascular disease, and hyperlipidemia. In contrast to the well-established roles of PPARγ and PPARα in lipid metabolism, little is known about PPARδ in this process. We have recently demonstrated that targeted activation of PPARδ in adipose tissue specifically induces expression of genes required for fatty acid oxidation and energy dissipation, which then leads to improved lipid profiles and reduced adiposity. Importantly, these animals are completely resistant to weight gain on a high-fat diet. As predicted, acute treatment of obese mice with a synthetic PPARδ agonist also prevents lipid accumulation. In parallel, PPARδ-deficient mice challenged with a high-fat diet show reduced energy expenditure and are prone to obesity. In the LDL (low-density lipoprotein) receptor–deficient mouse, we show that the PAPRδ agonist dramatically slows atherogenic lesion progression. Our findings suggest that PPARδ serves as a widespread regulator of fat burning and is a potential therapeutic target in the treatment of obesity, diabetes, and heart disease.

The Marathon Mouse
Endurance exercise training can promote an adaptive muscle fiber transformation and an increase of mitochondrial biogenesis by triggering scripted changes in gene expression. Exercise also improves metabolic profiles by lowering glucose and raising HDL (high-density lipoprotein). However, no transcription factor has yet been identified that explains the molecular basis of these observations. We speculate that PPARδ may be the common link. Mice engineered to express more PPARδ in their muscle acquired the ability to run up to twice the distance of normal mice. Moreover, these genetic endurance mice are resistant to diet-induced obesity, even in the absence of exercise. This work demonstrates that complex physiologic properties such as fatigue, endurance, and running capacity can be genetically manipulated. The dramatic impact of PPARδ on normal muscle leads us to speculate on its potential benefit to mice harboring genetic defects that mimic human muscular dystrophies.

AMPK and PPARδ Agonists: Exercise Mimetics and the Circadian Clock
One of the Holy Grails of exercise physiology is a pill that offers the promise of fitness—especially for those who cannot work out. Although certain natural compounds, such as resveratrol, have endurance-enhancing activities, their exact metabolic targets remain elusive. We therefore tested the effect of pathway-specific drugs on endurance capacities of mice in a treadmill running test. We found that a PPARδ agonist and exercise training synergize to increase running endurance by 80 percent in adult mice. Because training activates the master energy sensor AMPK and PGC1α, we tested whether the orally active AMPK agonist AICAR might be sufficient to overcome the exercise requirement. Unexpectedly, even in sedentary mice, 4 weeks of AICAR treatment alone enhanced running endurance by 44 percent. These results demonstrate that the AMPK-PPARδ pathway can be targeted by orally active drugs to enhance training adaptation or even to increase endurance without exercise.

In mammals, sleeping, feeding, and most other physiological processes are influenced by a circadian system and therefore display daily oscillations. These rhythms are generated by self-sustained and cell-autonomous molecular clocks that exist in virtually all cell types. The core of the mammalian circadian clock is thought to constitute a network of interconnected transcriptional and translational feedback loops that control the oscillatory expression of genes encoding clock components and specific output genes. We provide evidence that AMPK can act to transduce nutrient signals into the circadian clock and thus provide a novel basis of non-light-dependent clock entrainment. The abilities of AMPK to mediate circadian regulation and of CRY1 to function as a chemical energy sensor suggest a close relation between metabolic and circadian rhythms and potential new ways to treat metabolic disease.