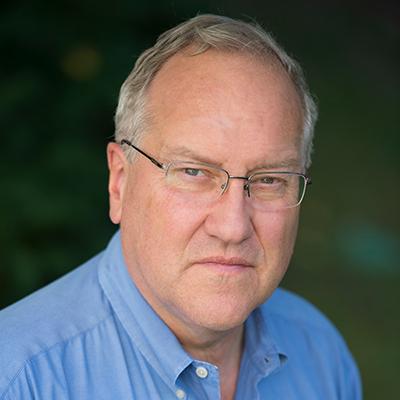 Influenza A and B viruses cause important diseases in humans and animals, with tremendous socioeconomic consequences, for influenza continues to occur in regular epidemics and occasional pandemics and is a leading cause of morbidity and mortality. Paramyxoviruses cause many biologically and economically important diseases of humans and lower animals. These viruses include parainfluenza virus (PIV) types 1–5, mumps virus, measles virus, respiratory syncytial virus, canine distemper virus, Newcastle disease virus of chickens, and Hendra and Nipah viruses, which cause fetal encephalitis in horses, pigs, and humans.

Virus-Mediated Cell-to-Cell Fusion
Paramyxoviruses enter cells by fusion of the viral envelope with the cellular plasma membrane, and the viral fusion (F) protein mediates this process. The initial folding of the F protein causes it to be trapped energetically in a metastable form. Activation of the F protein for fusion activity requires coexpression of the viral receptor-binding protein, hemagglutinin-neuraminidase [HN]).  When HN binds its receptor, sialic acid, HN undergoes a conformational change, which in turn causes a further conformational change in the F protein. Finally, refolding of the F protein and the formation of a six-helix bundle (6HB; core trimer) cause the merger of the cell target membrane with the viral membrane. We are using a combination of cellular assays, biophysical measurements, and microscopic assays, as well as protein structural determination at the atomic level, to approach this problem.

We hypothesize that the F protein is a biological nanomachine that undergoes a series of conformational changes and is controlled such that fusion only occurs at the right time and in the right place.

We determined the crystal structure of both the prefusion and postfusion forms of the paramyxovirus F protein (in collaboration with Theodore Jardetzky, now at Stanford University). We solved the prefusion F structure for PIV5 and the postfusion F structure for human (h) PIV3. In large part the structures are thought to be representative of the F structures of all paramyxoviruses. The prefusion F structure contains a globular head attached to a trimeric coiled-coil stalk formed by the C-terminal heptad repeat B (HRB) region. The globular head contains three domains (DI–DIII). The fusion peptides at the N terminus of the heptad repeat A (HRA) region are sequestered between adjacent subunits, with a cleavage/activation site exposed at the protein surface.

The postfusion F forms a trimer, which reveals a globular, predominantly β-sheet-containing head domain, a neck region formed by both β sheet and α helices, and a stalk region that is predominantly α helical. The structure contains the 6HB expected of the postfusion conformation of the protein.

The PIV5 prefusion F and hPIV3 postfusion F structures are in strikingly different conformations, consistent with a transition from pre- to postfusion forms. We have observed related forms of the F protein in electron micrographs of F. None of the intersubunit contacts are conserved in the pre- and postfusion forms. The two F structures are related by flipping the stalk and transmembrane domains relative to the F head.

The F-refolding process requires the opening and translocation of the HRB stalk. In the prefusion form, HRB is located at the base of the head region. During the conversion to the postfusion conformation, HRB segments must separate and swing around the base of the head, to pack against the HRA coiled coil. In the prefusion conformation, HRA is broken up into four helices, two β strands, and five loop, kink, or turn segments. Thus, the conformational changes in HRA involve the refolding of 11 distinct segments into a single, extended α-helical conformation.

The prefusion F structure provides a model for the stepwise induction of membrane fusion by paramyxoviruses and reveals how multiple sequence elements play distinct structural roles in the pre- and postfusion conformations.

We also solved (in collaboration with the Jardetzky lab) the atomic structure of the head domain of the tetrameric PIV5 HN protein. More recently we solved the structures of the PIV5 and NDV ectodomains (head + stalk). In addition to revealing the structure of the stalk, the NDV and PIV5 HN crystal structures revealed interactions between the receptor-binding domain (RBD) and stalk. We propose a simple model for paramyxovirus fusion activation, in which exposure of the F-activating stalk region in HN is triggered by receptor binding. In this model, the attachment glycoprotein RBD adopts a prefusion "4-heads-down" state and protects the F-activating stalk region. On binding receptor, the heads move to attain "up" positions, fully exposing the stalk, allowing F to interact and triggering fusion.

The NDV and PIV5 HN atomic structures suggest that HN exists in an autoinhibited prefusion state through RBD-stalk interactions, suggesting that a truncated, "headless" stalk lacking the RBDs might be constitutively activating. Consistent with this hypothesis, we showed that PIV5 HN stalk domain residues 1–117 are sufficient to activate F for fusion and that the HN globular head domain is completely dispensable for PIV5 F triggering.

Enveloped Virus Assembly
We are investigating the nature of the molecular interactions that are necessary to form a virus particle. The application of reverse genetics—i.e., the ability to rescue infectious influenza virus and paramyxoviruses from cloned DNA—facilitates these studies. We are using an in vitro budding assay that enables us to determine the molecular requirements for virus assembly. We showed that influenza viruses bud from specialized regions of the plasma membrane that are enriched in cholesterol and sphingomyelin. These patches of membrane (related to rafts) were visualized by immunogold labeling and three-dimensional electron microscopy reconstructions.

Some aspects of the research on influenza virus and paramyxoviruses are supported by grants from the National Institutes of Health.