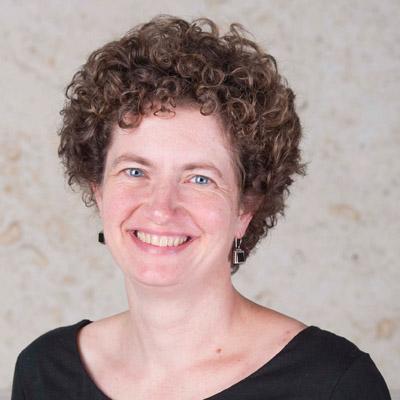 Dr. Wilson is a professor of neurobiology at Harvard Medical School. She was an HHMI early career scientist from 2009 to 2013.

Rachel Wilson studies how neural circuits extract information about sensory stimuli and translate these signals into actions. Her work focuses on the fruit fly Drosophila, with a special emphasis on the olfactory and mechanosensory processing systems. Many of the basic building blocks of neural circuit connectivity and neural computation are likely to be conserved throughout evolutionary history; therefore, understanding how these elemental units function and work together is fundamental to understanding all neural circuit function.

Sensory transduction begins with electrical signals in primary sensory cells. Before these signals can be used to direct behavioral choices, they must be reformatted, or transformed. This is the job of the brain's sensory-processing circuits. Sensory transformations occur progressively, as information moves from primary sense organs toward motor-planning regions. The work of the Wilson lab is aimed at understanding the fundamental principles governing these transformations, their mechanisms, and their functions.

Drosophila as a Model for Sensory Processing
The brain is generally studied either at the level of individual neurons and synapses or at the level of neural systems. We want to bridge the gap between these levels of explanation. This is most feasible in a brain that contains a small number of neurons, where each neuron (or type of neuron) is easily identifiable, where it is possible to make both intra- and extracellular recordings from identified neurons in an awake organism, and where genetic tools permit very specific in vivo manipulations of cellular and circuit properties. We use the fruit fly Drosophila melanogaster as a model organism because it meets all these criteria.

Olfactory Processing
One of the most experimentally tractable sensory systems in the Drosophila brain is the olfactory system, and thus much of our research has focused on this system. The antennal lobe is the first brain relay in the fly olfactory system, analogous to the mammalian olfactory bulb. It receives input from a well-characterized population of olfactory receptor neurons (ORNs), and its anatomy is highly organized: all the ORNs that express the same odorant receptor gene project their axons to the same compartment (or glomerulus). In total, the antennal lobe has about 50 glomeruli, each corresponding to a unique odorant receptor gene. ORNs make excitatory synapses with second-order neurons called projection neurons (PNs). Each PN receives direct ORN input from just a single glomerulus and lateral input from other glomeruli via local interneurons. The orderly anatomy of this circuit make it a particularly useful model.

We have described several computations that occur in this circuit. First, each glomerulus pools independent signals from ~40 ORNs, each of which represents an independent snapshot of a particular region of olfactory space. We showed that this pooling step improves the signal-to-noise ratio of olfactory signals, although we have also shown that this pooling is far from optimal. Second, within each glomerulus, we showed that weak ORN firing rates are strongly and preferentially amplified. This amplification is likely to be useful because weak ORN firing rates are more common than strong ORN firing rates; therefore, they should logically occupy most of the system's dynamic range. Boosting weak signals in this way should tend to protect them from noise added at later processing stages. Third, lateral inhibitory interactions between glomeruli perform an important gain control function. We showed that this form of gain control decreases redundancy among glomeruli, improves odor discrimination, and allows odor identity to be encoded in a manner that is robust to concentration.

We know little about higher olfactory brain areas in any organism. Each natural odor stimulus typically activates multiple glomeruli, and so it has long been thought that higher olfactory neurons must integrate inputs from multiple glomeruli. My laboratory is currently in the midst of a major effort to understand how signals from different glomeruli are integrated in the lateral horn, the higher olfactory brain region that receives the majority of the projections from the antennal lobe. We have discovered that many individual lateral horn neurons do indeed receive input from multiple glomeruli. Moreover, the connectivity from glomeruli to lateral horn neurons is relatively stereotyped from fly to fly. We are mapping these patterns of connectivity in order to learn what underlying principles might govern this map. We are also examining how lateral horn neurons "filter" their glomerular inputs so as to rapidly detect behaviorally-salient patterns of glomerular co-activation. Finally, we are examining the relationship between the fly's behavior and neural activity in specific glomeruli and specific populations of higher-order neurons.

We have described several computations that occur in the mechanosensory processing circuits of the fly. First, we have mapped the connections formed by specific touch receptor neurons associated with hairs on the body. We have shown that a single touch receptor axon can diverge to innervate multiple central neuron classes, each of which can perform a distinct computation on that incoming signal. This sort of parallel processing scheme may be an adaptation for speed and temporal precision.

Second, we have recently begun to characterize neurons downstream from the largest mechanosensory organ in the fly -- the organ that senses the movement of the antennae. Antennal movement can be elicited by a range of behaviorally-relevant sensory stimuli, including sound and wind. We have shown that some neurons downstream from this organ are selective for specific frequencies of antennal movement. This selectivity emerges from an interaction between synaptic currents and ion channel biophysics within these cells. Meanwhile, other neurons downstream from antennal mechanosensors encode not the movement of the antenna per se, but rather the amplitude of antennal movement. In essence, these two cell classes encode the frequency-modulated (FM) and amplitude-modulated (AM) components of antennal movement. Just as radio transmission uses both AM and FM signals in different contexts, we hypothesize that these two components can be useful in different circumstances, and can cue different behavioral choices. More broadly, we are now investigating a variety of computations that are performed by mechanosensory circuits, as well as the biophysical implementation of these computations, and also the behavioral tasks that they support.

Partial support for these projects was provided by grants from the National Institutes of Health.