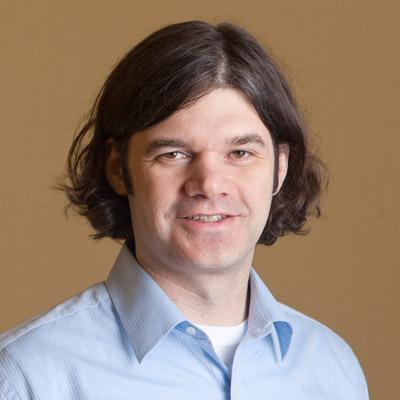 Dr. Reddien is associate professor and associate department head of biology at the Massachusetts Institute of Technology and member of the Whitehead Institute for Biomedical Research. He was an HHMI early career scientist from 2009 to 2014.

The ability of organisms to regenerate missing body parts is one of the great mysteries of biology. Planarians are freshwater flatworms that have been a classic regeneration model for more than a century. The regenerative abilities of planarians astound: following decapitation, a new head can be regenerated in under a week, and an entire animal can be regenerated from a body fragment approximately 1/300th the size of the original animal. Regeneration involves formation of a tissue outgrowth at wound sites (a blastema). Planarian regeneration requires a population of adult pluripotent stem cells, enabling in vivo study of how stem cells can be regulated to replace aged, damaged, and missing tissues. Because greater than 50 percent of examined planarian genes have counterparts throughout the animal kingdom, including in humans, genetic study of planarian regeneration stands to broadly increase our understanding of stem cell and regenerative biology.

Planarians as a Model System for Metazoan Biology
Planarians provide a new experimental platform for uncovering functions for conserved metazoan genes. We have developed RNA interference (RNAi) screening methods for investigation of genes controlling regeneration in planarians. The RNAi screening approach, coupled with amputation and observation of regeneration steps, enables investigation of essentially any gene in regeneration. Prominent features of planarian biology—abundant stem cells, robust regeneration, restoration of missing tissue patterns and cell types, and homeostatic replacement of aged cells—can thus be studied using a molecular genetic approach. Planarians therefore present the opportunity for the discovery of roles for genes in fundamental and understudied biological processes that are critical to the life of metazoans. 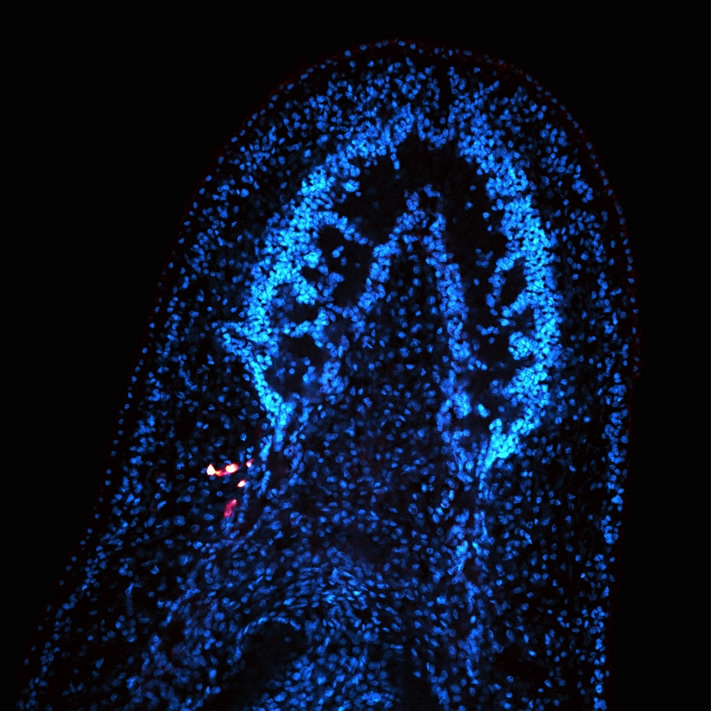 The Source of New Cells: Adult Pluripotent Stem Cells Promote Regeneration
A cellular explanation for planarian regeneration has been sought since the late 1800s, when a population of proliferative cells (neoblasts) was identified. A key unanswered question has been whether planarian regeneration is explained by a cell type displaying pluripotency (capacity to produce all cell types of the soma) at the single-cell level or by the collective action of multiple dividing cell types that each has limited and different potential. To address this question, we developed single-cell assays and determined that certain individual cells from the neoblast population could divide to clonally generate many similar dividing cells and displayed broad differentiation potential. These cells could restore regenerative capacity to lethally irradiated hosts lacking all other cell division. We named such cells "clonogenic neoblasts" (cNeoblasts). These experiments indicated that pluripotent stem cells persist in planarian adulthood, providing a cellular basis for the remarkable regenerative abilities of planarians.

The hallmark attributes of stem cells are the capacity for self-renewal and the ability to produce one or more differentiated cell types. We aim to understand these stem cell features, as well as the regulation of stem cell behavior by wounding, through molecular genetic study of planarian neoblasts. Neoblasts are regulated by contextual cues (wounding, growth, homeostatic replacement of aged cells) and are capable of replacing essentially every cell type in the animal. This rich stem cell biology can now be studied with emerging tools: Any gene desired can be inhibited and the effects on neoblasts in vivo assessed, we can isolate greater than 500,000 neoblasts in a day with flow cytometry, and assays exist for assessing neoblast renewal, differentiation, and response to wounds. Together, these attributes and tools present a powerful new approach to stem cell biology.

The Initiation of Regeneration
How does regeneration start? We developed efficient and quantitative assays for measuring the responses of neoblasts to wounds. Two peaks exist in mitotic neoblast numbers after wounding: The first peak occurs after many injury types. We therefore proposed that the initial step in regeneration involves a generic sensation of wounding. In contrast, the second mitotic peak occurs locally and only after injuries that involve missing tissue, requiring blastema formation for repair. In response to tissue absence, neoblasts migrate to wounds and are induced to differentiate. We have identified dozens of genes that are activated at wound sites, and we aim to understand regeneration initiation by genetic investigation of these genes.

Specification of Missing Tissue Type
How do animals specify missing tissue identity for initiation of correct regeneration programs? We have studied the head-versus-tail regeneration choice made at transverse wounds (regeneration polarity) as a paradigm for addressing this question. We discovered that RNAi of β-catenin-1 causes the striking phenotype of head regeneration in place of tails. β-catenin proteins mediate Wnt signaling, and we determined that a wound-induced Wnt expression program is required for regeneration polarity. We next determined that the regeneration polarity choice is mediated by selective feedback inhibition of Wnt signaling at anterior-facing wounds by the action of the gene notum (encoding a secreted hydrolase), such that wound-induced WNT1 is selectively active at posterior-facing wounds. We have also characterized roles of dorsal-ventral patterning factors in guiding regeneration decisions.

This work on regeneration polarity, taken together with comparison of our data to that from embryos in other species, suggests that posterior Wnt activation is a unifying principle in the formation of the primary body axis of animals. Furthermore, regeneration could in principle have involved rescaling of tissue gradients involving autonomous attributes of the signaling circuitry involved. By contrast, our data suggest that wounds have active input into the initiation of appropriate regeneration programs by induction of signaling proteins that specify regional tissue identity. By studying genes important for the maintenance and regeneration of regional tissue identities, we aim to decode the instructions that tailor regenerative responses to the identity of missing tissues.

This work is also supported by a grant from the National Institutes of Health.