Dr. Koyama is a group leader at the Janelia Research Campus.

Minoru Koyama uses zebrafish to explore the link between the developmental patterns and functional architecture of neuronal circuits to find the general principles that govern the organization of the nervous system. 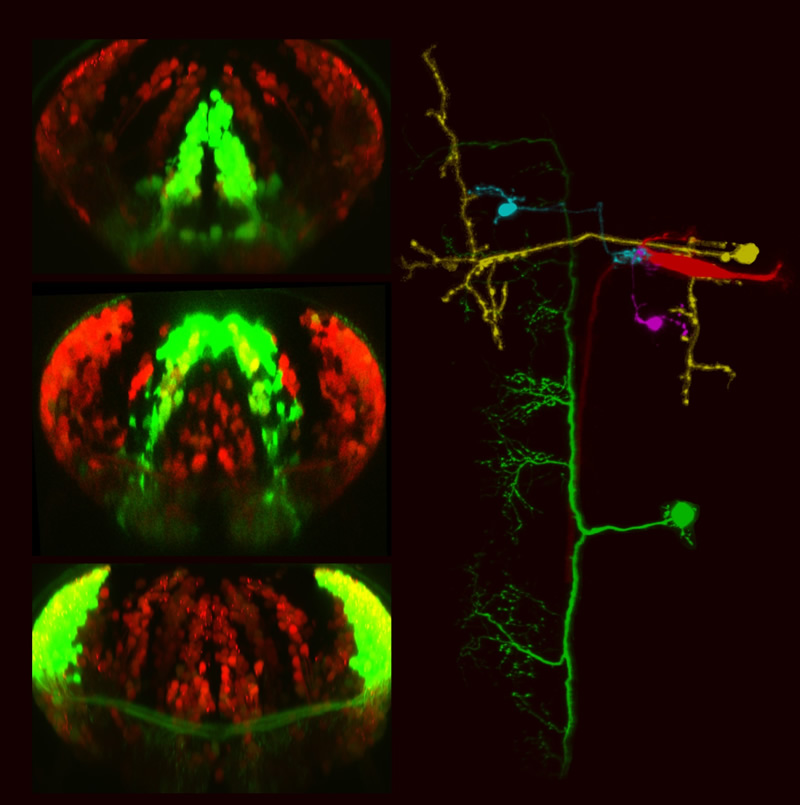 My research goal is to find simple sets of rules that can explain the organization of neuronal circuits in a broad range of systems. To this end, I focus on the general developmental programs that have persisted across evolution and explore their link to the functional organization of the brain by examining the computations of developmentally specified neuron types in working circuits.

I study neuronal development in larval zebrafish, whose small size and optical transparency provide a unique opportunity to observe how neuronal circuits are assembled and how they function in live animals throughout the entire vertebrate brain. To understand how neurons’ developmental histories predict their functional roles in behavior, I monitor their activity to see how neurons talk to each other and what kinds of computations they perform at the cellular, synaptic, and circuit levels. To listen in on neurons in the brain, I record their electrical activity intracellularly in living transgenic fish with specific cell types labeled with fluorescent proteins.

In my previous work, I found evidence in locomotor circuits in the hindbrain and spinal cord that what neurons do in the circuit can be predicted from when and where they are born. For example, early-born neurons are involved in coarse motor control such as escape behavior, while later-born neurons are involved in finer motor control such as slow swimming. In addition, neurons’ birth places correlate with which other neurons they talk to, which chemicals (or neurotransmitters) they use to do the talking, and ultimately with their function in the system. I have started to explore whether similar developmentally driven functional organization may be present in other brain regions by looking at other behaviors such as adaptive motor control, which involves many areas of the nervous system, including the cerebellum and inferior olive.  In collaboration with other researchers, I am also developing new techniques that will allow us to see how neurons talk to each other on a much larger scale, giving us the opportunity to relate the development and function of neural circuits across the entire brain. By studying these circuits, we aim not only to understand how they work but also to explore whether simple global rules govern their construction and functional organization.