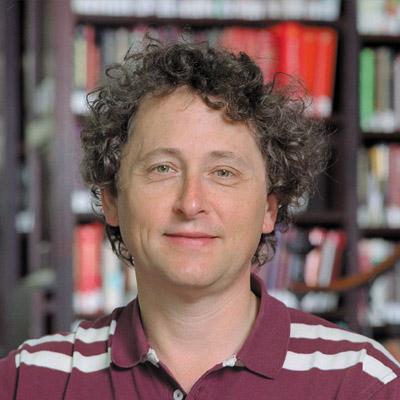 Dr. Nussenzweig is Zanvil A. Cohn and Ralph M. Steinman Professor and a senior physician at the Rockefeller University.

The focus of the Nussenzweig laboratory is to understand the development of effective antibody responses with the ultimate goal of learning how to elicit vaccine responses against complex pathogens such as HIV-1. These responses require production of a diverse collection of B-lymphocytes expressing non-self reactive antibodies and their activation by T cells, which are in turn activated by antigen presenting dendritic cells (DCs).

Antibody diversity initially arises by random Ig gene assembly. However, the affinity of primary IgM antibodies is usually low. In addition, IgM lacks many essential attributes found in secondary antibodies such as IgGs that connect humoral and innate immunity. The Nussenzweig laboratory studies the mechanisms by which high affinity IgG antibodies develop during immune responses in specialized structures called germinal centers (GCs). In addition, they try to understand how DCs activate these responses in vivo. These general areas of study are complementary with basic understanding of DC biology providing insights into GC development.

Half a century ago Eisen and his colleagues found that antibody affinity increases during the immune response. This phenomenon is essential to the development of high affinity antibodies including those that neutralize viruses such as Influenza and HIV-1. Affinity maturation occurs in germinal centers, which are specialized microanatomical structures found in lymph nodes and the spleen. When stimulated by antigen, B cells undergo clonal expansion in germinal centers where they also diversify their antigen receptor genes by somatic mutation and class switch recombination. Both of these processes are initiated by Activation Induced Cytidine Deaminase (AID) which deaminates cytidine residues in ssDNA.

Selection for high affinity antibody variants occurs in GCs but there is little understanding of how selection is mediated. To develop a further understanding of this process Nussenzweig and his colleagues imaged the GC and found that it is a highly dynamic environment in which B cells cycle between antigen and containing light zone and a dark zone where they divide.

To examine the mechanisms that mediate selection Nussenzweig produced mice that carry a photoactivatable tracer that allows precise labeling of B cells in one of the two GC zones in situ. Two-photon imaging revealed that there is a net vector of migration from the dark zone to the light zone suggesting that selection occurs in the light zone. By targeting antigen specifically to B cells they were able to show that the selection and the decision to return to the dark zone is regulated by T follicular helper cells (TFH). Nussenzweig used flow cytometry to purify B cells from the two zones and next generation sequencing to define their phenotypes. These experiments showed that B cells in the two zones represent distinct states of differentiation. Similar results were also obtained in humans where transcriptional profiling revealed that, with the exception of "molecular" Burkitt lymphomas, nearly all human B-cell malignancies closely resemble light zone cells.

To examine whether the extent of clonal expansion and hypermutation are regulated during interzonal GC cycles the Nussenzweig laboratory combined a transgenic strategy to measure cell division and our photoactivatable fluorescent reporter. They found that both cell division and hypermutation are directly proportional to the amount of antigen captured and presented by GC B cells to follicular helper T cells in the light zone. The data revealed a mechanism that in part explains how GC B cells with the highest affinity for antigen are selectively expanded and diversified.

Ongoing experiments focus on whether additional mechanisms contribute to selection. The transcriptional profiles of selected light zone B cells in the G1 phase of the cell cycle indicate that the strength of the T cell help directly regulates nucleotide metabolism and E2F expression, both of which are associated with control of the cell cycle. Consistent with these observations our preliminary experiments show that the speed of the B cell division cycle in the GC is highly dynamic, and directly regulated by T cell help. Ongoing experiments seek a mechanistic explanation for dynamic nature of the cell cycle in GC B cells and its role in affinity maturation.

Two-photon imaging and photoactivation were also used to examine TFH cells in GCs. Selection was found to be mediated by transient contacts between TFH and GC B cells that were proportional to the level of cognate peptide bound to major histocompatibility complex II on the B cell. These interactions elicited transient and sustained increases in TFH intracellular free calcium (Ca2+) that were associated with TFH co-expression of the cytokines interleukin-4 and -21.

AID initiates antibody gene diversification in GC B cells by creating U:G mismatches in single stranded DNA (ssDNA). However, AID is not specific for antibody genes; off-target lesions can activate oncogenes or cause chromosome translocations. To examine the origins of chromosomal rearrangements Nussenzweig developed Translocation Capture Sequencing (TC-Seq), a method to document chromosomal rearrangements genome-wide, in primary cells. Ongoing experiments investigate the relationship between chronic infections that induce expression of AID and lymphoma in vivo using malaria (Plasmodium chabaudi (Pc)) as a model. GCs elicited during Pc infection, like human malaria, are long lasting. The B cells in these GCs suffer widespread DNA damage leading to chromosome translocations and lymphoma. Preliminary genetic experiments, and genome sequencing indicate that AID expression alters the nature of the lymphomas.

Although Nussenzweig and others have made significant progress in understanding the molecular basis of AID targeting, this problem remains unresolved in that there is still no explanation for why antibody genes are targeted at a 100 fold higher rate than the off target sites. Ongoing experiments focus on trying to define the nuclear and molecular features that specify differential Ig locus targeting by AID.The laboratory has recently focused increasing attention on the HIV-1 problem. Although there is no vaccine against HIV-1, a fraction of infected individuals develop serologic activity that can neutralize most circulating strains of the virus in vitro. Nussenzweig was initially drawn to this problem to try to understand the nature of this activity because reproducing it by immunization should result in an effective vaccine. To do so they developed methods to clone HIV-1 specific antibodies from single memory B cells isolated from these individuals. These cloning methods have been widely adapted leading to the isolation of a large number of potent bNAbs against HIV-1 by Nussenzweig and by others.

An unexpected finding was that all bNAbs carry an unusual number of somatic hypermutations: up to 1/3rd of the nucleotides in the variable region. Moreover, mutation is essential for antigen binding and neutralizing activity. Nussenzweig showed that in contrast to most antibodies, bNAbs require somatic mutations in their framework regions. Structural and functional analyses revealed that somatic mutations in framework residues enhance breadth and potency by providing increased flexibility and/or direct antigen contact. Thus, unlike most other antibodies, bNAb framework regions play an essential role beyond scaffolding the complementarity determining loops.Since a single round of affinity maturation in the GC cannot achieve the level of hypermutation associated with bNAbs, Nussenzweig proposed that they arise as a result of iterative rounds of co-evolution of HIV-1 and anti-HIV-1 antibodies. This mechanism would account for the prolonged interval that is usually required for the development of bNAbs. Several different laboratories have confirmed this idea by characterizing the co-evolution of HIV-1 and antibodies in patients that develop bNAbs.

The large number of mutations and natural co-evolution of HIV-1 and anti-HIV-1 antibodies suggest that vaccination against HIV-1 may require a new form of vaccine approach involving a series of related antigens that shepherd the immune response. The laboratory will test this hypothesis by producing strains of knock in mice that carry the un-mutated bNAb precursors, which they will immunize with a series of related antigens.

Although vaccination is the ultimate goal for HIV-1, Nussenzweig has also explored the possibility of using the bNAbs in passive protection and therapy approaches.

Previous work in humanized mice (hu-mice) and humans showed that antibodies have very limited or no effect on the virus. Nussenzweig and his colleagues re-examined passive therapy using the newly discovered antibodies and found that although HIV-1 can escape from antibody monotherapy, combinations of broadly neutralizing antibodies can effectively control HIV-1 infection in hu-mice and macaques.

To evaluate the new bNAbs in humans Nussenzweig performed a phase 1 clinical trial of 3BNC117, a potent human CD4 binding site antibody. 3BNC117 infusion was well tolerated and demonstrated favorable pharmacokinetics. A single 30 mg/kg infusion of 3BNC117 reduced the viral load in HIV-1-infected individuals by 0.8–2.5 log10 and viremia remained significantly reduced for 28 days. Emergence of resistant viral strains was variable, with some individuals remaining sensitive to 3BNC117 for a period of at least 28 days. Thus, as a single agent, 3BNC117 is safe and effective in reducing HIV-1 viremia. These experiments established that immunotherapy should be further explored as a new modality for HIV-1 prevention, therapy and cure.

Ongoing work focuses on longer follow up and on characterizing and understanding the changes in host immune response to HIV-1 induced by immunotherapy. In addition, a second antibody that targets a different site on the envelope (10-1074) will be tested in humans as a prelude to combining it with 3BNC117.