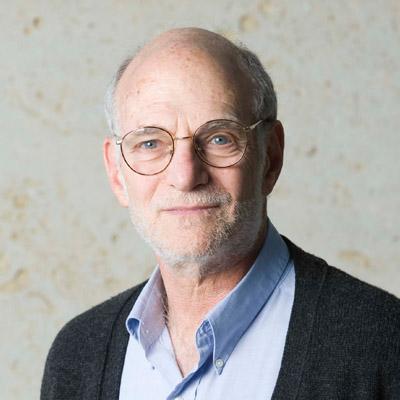 Dr. Rosbash is the Peter Gruber Professor of Neuroscience at Brandeis University.

Michael Rosbash is interested in circadian rhythms, which reflect a circa 24-hour pacemaker that is nearly ubiquitous among higher organisms. The same mechanism and proteins function in mammals and flies, indicating deep conservation and making Drosophila an important model system. A myriad of tissues and systems—including much of animal biochemistry, endocrinology, and physiology—are under clock control. Circadian clocks also function within the brain to influence sleep.

Fly Brain Circadian Circuitry and Its Relationship to Locomotor Activity Rhythms, Phase Shifting, Neuronal Firing, and the Molecular Clock
With respect to activity rhythms, many insect species, including Drosophila, manifest a crepuscular pattern: two distinct locomotor activity peaks that are centered roughly on dawn and dusk. This activity pattern is governed by approximately 75 pairs of circadian neurons arranged in about 5 or 6 groups. Some years ago we established a relationship between two groups of these neurons, so-called morning and evening cells, with the morning and evening peaks of activity. We subsequently profiled gene expression at different times of day on Affymetrix arrays, concentrating on the two subgroups of morning neurons. Our current work is focused on extending these observations in several directions. First, we have substantially refined the key evening cell population. Four key evening cells in combination with four morning cells are sufficient to recapitulate all known features of circadian locomotor behavior. Second, we have identified a third group of important neurons, which are sleep-promoting. This group is critical for defining the textbook behavioral profile of Drosophila, as it determines the siesta that separates morning and evening locomotor activity. Third, we have profiled gene expression from these three behaviorally defined groups of circadian neurons by around-the-clock RNA-Seq. The comparisons identify molecules potentially important for the different functions of the neuron groups. Fourth, we are developing methods to assess calcium levels as a surrogate for neuronal firing in discrete neurons of wake-behaving flies. The goal is to match firing rates with behavioral function: Do morning cells fire in the morning and evening cells in the evening? What about the sleep-promoting cells?

The study of Drosophila phase shifting by light has been dominated for 15 years by a cell-autonomous model: light causes the photoreceptor Cryptochrome (CRY) to undergo a conformational change, which causes timeless protein (TIM) degradation. Our recent work indicates, however, that the firing of specific circadian neurons mimics light and causes proper phase shifting, including TIM degradation. These results and others indicate that Drosophila phase shifting, like in mammals, relies on a neuronal circuit. We are interested in how firing more generally intersects with the clock transcription-translation program. Please note that immediate early genes (IEGs), transcriptional events that are downstream of neuronal firing, are poorly defined in Drosophila. We are working to rectify this deficiency.

The Why and How of Sleep and Its Relationship to Circadian Rhythms
Although sleep is still an enigma, fly sleep appears to mimic mammalian sleep in most of its key features. They include regulation by the circadian clock as well as regulation by a poorly understood homeostatic mechanism. The latter keeps track of sleep so that we, and flies, can make up lost sleep; this recovery sleep is also known as rebound sleep. Although circadian and homeostatic regulation are believed to be distinct, we have recent evidence that some circadian neurons are important for doing both, including regulating total sleep levels. We are also engaged in genetic as well as molecular studies to identify molecules important for sleep regulation, especially for sleep deprivation and for recovery sleep. Lastly, we are studying sleep regulation in the context of aging. Old flies sleep less than young flies and importantly are less able to make up for lost sleep, i.e. they are deficient in recovery sleep. This resembles the effect of aging on human sleep. We would like to understand why, which might provide insight into an important aspect of aging, into sleep regulation, or both.

The Contribution of Posttranscriptional Regulation to Circadian Biology, Sleep, and Neuronal Function 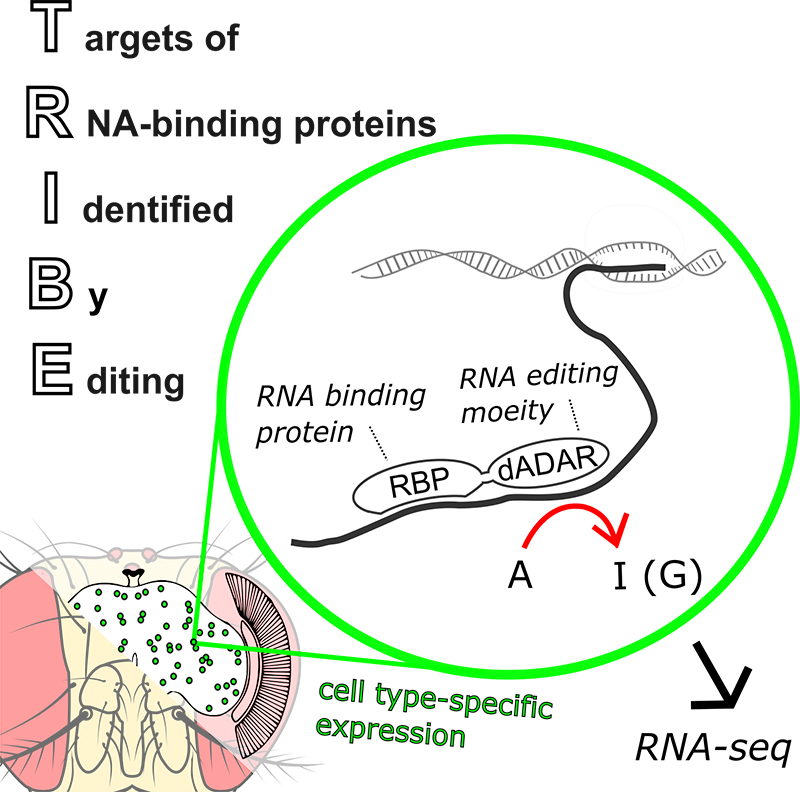 Our recent studies analyzing nascent RNA (Nascent-Seq) from fly heads as well as mouse liver indicate considerable posttranscriptional regulation, i.e. mRNA circadian oscillations that are not strictly due to transcriptional regulation. One aspect of this regulation involves RNA binding proteins and their roles in circadian biology, and we are especially interested in this phenomenon in the context of circadian neurons. To address the targets of selected proteins of interest, we have recently developed a method called TRIBE. It uses a genetic approach to identify target mRNAs within small numbers of neurons, a circumstance that precludes the ability to do biochemisty. We have also approached this general topic of post-transcriptioinal regulation from another direction, by finding microRNAs (miRNAs) that undergo circadian oscillations in level. To pursue this problem from a circadian neuron point of view, we recently sequenced miRNAs from isolated circadian neurons around-the-clock and validated several of them that undergo circadian cycling. One of these circadian miRNAs regulates the clock gene timeless. Others are being studied, i.e., their mechanisms of cycling, molecular targets, and functions.

Circadian Transcriptional Regulation, Circadian Timing, and Temperature Compensation
There are several DNA binding features of the circadian transcription factor CLOCK:CYCLE (CLOCK:BMAL1 in mammals) that continue to hold our interest: 1) The enormous number of target sites and genes. 2) The possibility that they reflect at least in part tissue-specific binding. With this notion in mind, we are keen to compare binding sites and target genes between different categories of circadian neurons. 3) Why is there a disconnect between the uniform phase of DNA binding and the heterogeneous phases of cycling transcription at many of these target genes. Indeed, many of them show no circadian regulation of transcription. 4) What is the relationship between these target sites and the open chromatin signatures at these locations? One relevant piece of recent work from our lab suggests that CLOCK:BMAL1 might have "pioneer-like" activity and can open chromatin. We continue to be interested in the possibility that the transcription factor opens chromatin to allow the binding of additional transcription factors. 5) We are also keen to track detailed clock gene transcription within different circadian neurons in real time.

A grant from the National Institutes of Health provided support for ongoing projects.