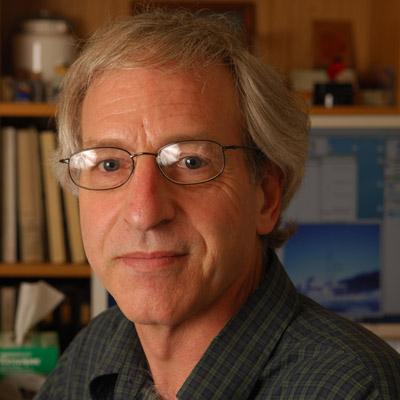 Dr. O'Donnell is Anthony and Judith Evnin Professor at the Rockefeller University.

Michael O'Donnell's laboratory studies the molecular architecture and mechanisms by which chromosomal DNA is replicated.

Duplication of DNA, the information repository for life, is a vital process for all cellular organisms. Therefore the replication process must be faithfully performed at the passing of each generation to maintain the species. Duplication of DNA requires that the two strands of the double helix be separated; each strand is then used as a template to produce two new daughter strands from the original parental duplex DNA. Presently, these daughter chromosomes will segregate into two newly formed cells.

Numerous proteins cooperate to perform this delicate and vital task. Initially, several proteins conspire to pry apart the two strands at a position in the chromosome called an origin. A helicase then enters the opening and unzips, or unwinds, the DNA strands, acting with topoisomerases that remove the spiral turns. A multiprotein replicase machinery then coordinates the synthesis of two new strands at the same time.

Movie 1: Architecture and dynamic action of the replisome at a replication fork. The clamp loader (green) is at the center of the E. coli replicating machinery. Protein arms extend out from the clamp loader to bind the two DNA polymerases (yellow). These arms also bind to the ring-shaped DnaB helicase. The leading-strand polymerase moves with its clamp (red) in the direction of helicase-driven DNA unwinding (light purple). Because of the antiparallel structure of duplex DNA, the lagging-strand polymerase must extend DNA opposite the direction of unwinding, resulting in a DNA loop. This strand is therefore made as a series of DNA fragments; each fragment generates a loop that is dismantled when the polymerase bumps into the fragment it made last. Loops are started every 1–2 seconds by primase (dark purple), which synthesizes a short RNA primer to get the polymerase started. The clamp loader repeatedly loads b clamps onto the RNA start sites for use by the lagging-strand polymerase.

One of our goals is to understand the function of each of the numerous proteins involved in the replication process. Our earlier work focused on a representative of the bacterial branch of life, Escherichia coli. These studies revealed fundamental aspects of the replication process that generalize to all cell types. This work is now textbook material and we have recently centered our attention on Saccharomyces cerevisiae, Bakers yeast, a representative cell of the eukaryotic branch of life. Eukaryotic cells include those of which humans are composed. Our studies of bacteria revealed fundamental processes of replication that also occur in eukaryotes. Study of eukaryotic cells may reveal specific processes that regulate replication and prevent uncontrolled cell growth that occurs in cancers.

The E. coli replicase, DNA polymerase III (Pol III) holoenzyme, consists of 10 different protein "gears"; some are present in multiple copies, for a total of 17 proteins. Within this machine are multiple copies of the DNA polymerase that synthesizes DNA enabling them to copy both strands of the parental duplex at the same time. Another subunit, called ε, is a nuclease that can degrade DNA. Therefore, when a polymerase makes a mistake, the exonuclease removes the mistake, allowing the polymerase to try again.

Pol III holoenzyme also contains a subunit called β that is shaped like a doughnut and completely encircles DNA, acting as a mobile sliding tether to hold the polymerase to DNA. The strategy of using a ring-shaped clamp is conserved in eukaryotes, where the sliding clamp is called proliferating cell nuclear antigen (PCNA). The ring shaped structure of the β and PCNA clamps are nearly superimposable, as determined by crystal structure studies in collaboration with John Kuriyan's laboratory (HHMI, University of California, Berkeley).

Sliding clamps do not get onto DNA by themselves. For this, a group of five subunits harness the energy of ATP to open the clamp, position it onto DNA, and then close it. In our collaboration with the Kuriyan lab, the crystal structures of clamp loaders from both bacteria and eukaryotic cells have been solved, and their mechanisms of action have been determined.

The overall architecture of proteins at the bacterial replication fork, called a replisome, has emerged from these studies (see the movie). At the center is the clamp loader; it has protein arms that bind the Pol III cores for simultaneous synthesis of both strands of duplex DNA. The clamp loader arms also bind the DnaB helicase, a hexamer that encircles one DNA strand. The leading-strand Pol III continuously travels with the helicase during DNA unwinding, but due to the antiparallel structure of DNA, the lagging strand is synthesized in the opposite direction of DNA unwinding. Thus the lagging strand is made as a series of small fragments, each started by an RNA primer (e.g., by primase). RNA primers are extended by Pol III, resulting in a DNA loop. When the polymerase finishes, it bumps into a fragment made previously and disengages from its β ring, allowing it to recycle to the next upstream RNA primer onto which the clamp loader has loaded a new clamp.

Eukaryotic cells have more complicated replisomes with many more proteins than the bacterial replisome. Currently, the extra proteins have unknown functions. To name a few of the extra proteins, the eukaryotic Cdc45/Mcm2-7/GINS complex (the CMG helicase) contains 11 subunits within which is a ring shaped hexamer like the bacterial hexameric helicase. The actions of these extra proteins are largely unknown. Eukaryotes also contain two different polymerases for the leading and lagging strands, but why this should be the case is not understood. Many eukaryotic replisome proteins appear to be modified by cell cycle control or other control proteins.

It has long been a goal of the laboratory to reconstitute eukaryotic replisomes and to determine how it works. We have now purified ample stocks of all the necessary eukaryotic proteins. The most difficult to obtain, and the most recent addition to the lab, is the 11 subunit CMG helicase. In our initial studies to assemble the eukaryotic replisome we are already finding answers to perplexing questions. We now understand how the two polymerases are specified to their respective strand. Specifically, we find that the CMG helicase ejects Pol δ from PCNA on the leading strand, while the CMG helicase directly binds to and stabilizes Pol ε for activity on the leading strand. We also have a tentative answer to the question: "Why do eukaryotes use two different polymerases for the leading and lagging strands?" We find Pol ε cannot strand displace, or "push ahead." The CMG helicase may be functioning exclusively with Pol ε in order to harness this property and thereby protect itself from displacement by other proteins. Going forward, we have set a foundation to address numerous questions in the future about how the replisome works and how it interfaces with cellular pathways of repair and control of cell growth.

These studies are supported by grants from the National Institutes of Health.