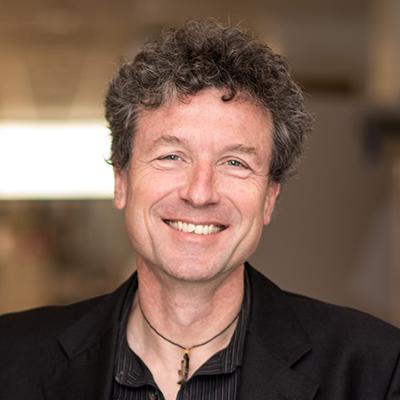 Dr. Scanziani is a professor of biology at the University of California, San Francisco.

Massimo Scanziani uses animal models to study the brain circuits that control our sensations. He focuses on the wiring of the mammalian cortex, the part of the brain most closely associated with higher brain functions such as reasoning, speech, emotions, and memory.

Sensations and thoughts result from the coordinated activity of neuronal populations in space and time. I want to understand the mechanisms controlling the spatial and temporal organization of cortical activity. Our efforts are centered on the visual cortex of the mouse since a large palette of genetic experimental tools are specifically tailored for this animal model system.

The work in my lab focuses on the interaction between synaptic excitation and synaptic inhibition and how these two opposing forces shape the activity and the dynamics of cortical circuits in response to sensory stimuli. The relationship between excitation and inhibition is highly dynamic. Through this constantly changing relationship, distinct cortical neurons are active at distinct times, either in response to sensory stimuli or during spontaneous activity. In other words, the relationship between excitation and inhibitions shapes the activity of our brain in space and time. The work of my lab is demonstrating the mechanisms through which these two forces enable cortical circuits to perform simple or complex computations in order to extract specific features of the sensory world.

In the cortex, excitation and inhibition are generated by two distinct classes of neurons namely excitatory, glutamatergic and inhibitory, GABAergic neurons. Both excitatory and inhibitory neurons can be further subdivided into many distinct types according to morphological, physiological, and molecular properties. Excitatory and inhibitory neurons interact through stereotypical connectivity patterns or canonical circuits. These circuits represent basic functional units, or modules, occurring throughout the cortex. Elucidating the connectivity pattern of these modules and reveal how they contribute to the most fundamental cortical computations is paramount for a mechanistic understanding of cortical function. Recently we have discovered basic mechanisms through which the activity of cortical neurons is modulated by the context within which a visual stimulus is presented. We have revealed some of the circuits that control the gain of visual responses. We have demonstrated how precise spatial and temporal synaptic activity pattern enable neurons to detect moving edges.

Our experimental approaches span multiple levels, from tissue explants to intact animals, from electrophysiology to imaging, from morphological to transcriptional analysis of neurons, from pharmacological to optogenetic perturbations, from innate to learned behaviors. We use tissue explants to reveal connectivity pattern between specific neurons and intact animals to study the responses of those same neurons to sensory stimuli. We reveal the identity of neurons using morphological reconstructions and transcriptional analysis. We use electrophysiology and imaging to monitor the activity of neurons and pharmacology and optogenetic to perturb their activity. Finally we use innate and learned behaviors to determine how perturbation of neuronal activity in visual cortex affects reflexive motor actions and perceptions.

Revealing the neuronal circuits that underlie cortical responses to sensory activity is fundamental for our understanding of cortical function. The work in our lab is thus contributing to bridging the gap between system and cellular neuroscience.

This work is also supported by grants from the National Institutes of Health and the Gatsby Charitable Foundation.