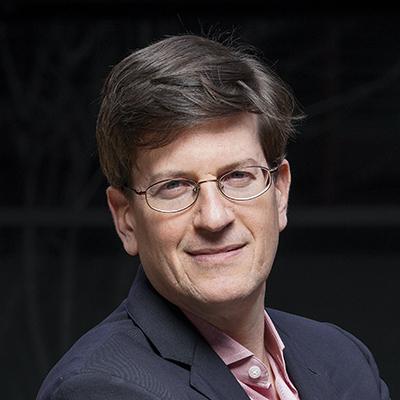 Dr. Schnitzer is a professor of biology and applied physics at Stanford University.

Mark Schnitzer is developing novel ways of imaging the nervous system in behaving animals, with the goal of watching neurons at work and understanding neural circuit dynamics in healthy and diseased brains.

I have a long-standing interest in neural circuit dynamics and optical imaging, and my laboratory has three major research efforts: (1) in vivo fluorescence imaging and behavioral studies of cerebellar-dependent motor control and motor learning; (2) development and application of fiber-optic fluorescence microendoscopy imaging techniques for studies of learning and memory in behaving mice and for clinical uses in humans; (3) development of high-throughput, massively parallel imaging techniques for studying brain function in large numbers of Drosophila concurrently.

My long-term goal is to advance experimental paradigms for understanding normal cognitive and disease processes at the level of neural circuits, with emphasis on learning and memory processes. By contrast, much current research on learning and memory concentrates on levels of organization in the nervous system that are either more macroscopic (e.g., in cognitive psychology) or more microscopic (e.g., in synaptic physiology).

We seek explanations that span different levels of organization, from cells to entire circuits. We work with genetic model organisms (mice and fruit flies) and human subjects. Although much of our research emphasizes understanding the control and learning of motor behaviors, we are also pursuing potential clinical applications of our newly developed imaging techniques.

In Vivo Two-Photon Fluorescence Imaging Studies of Cerebellar-Dependent Learning and Memory
Classical or Pavlovian conditioning is one of the simplest and earliest known forms of associative memory. A modern version of such conditioning that is suitable for use in mice and that depends critically on cerebellar function is classical eyeblink conditioning, in which a subject is trained to blink in response to a conditioning stimulus, such as an audible tone. Many theories of how this cerebellar-dependent form of learning occurs focus on cerebellar Purkinje neurons, which exhibit highly regular anatomical patterns of neural connections. Using in vivo two-photon fluorescence imaging, we can image up to ~50 Purkinje cells simultaneously in live mice. By combining in vivo imaging and electrophysiological techniques with behavioral, computational, and trans-synaptic circuit-tracing approaches, we seek to understand the neural circuit dynamics in the cerebellar cortex that underlie learning, memory, and forgetting.

Fiber-Optic Fluorescence Microendoscopy
We invented two forms of fiber-optic fluorescence imaging, termed one- and two-photon fluorescence microendoscopy, that enable minimally invasive in vivo imaging of cells in deep (brain) areas that have been inaccessible to conventional microscopy. Tissues that my group has studied include the hippocampus, thalamus, striated muscles, and inner ear. We have developed the ability to use a chronic mouse preparation for repeated microendoscopy imaging of hippocampal neurons and dendrites over the long term. This preparation has proved highly applicable for extended imaging studies over the progression of brain disease in animal model systems. The ability to image cells deep within the live mammalian brain also promises to permit studies of how cellular properties are affected by environment, training, or life experience. Moreover, we have created portable, miniaturized microendoscopy devices based on flexible fiber optics that allow us to study cellular dynamics within surface or deep tissues in freely behaving mice. By inserting microendoscopes into striated muscles, we have provided the first images of individual muscle sarcomeres in motion in live humans, which opens up new possibilities for basic studies and clinical diagnostics of neuromuscular function.

Massively Parallel Brain Imaging in Live Fruit Flies
Because the study of neural circuits remains deeply limited by a paucity of data, we need massively parallel approaches to brain imaging that will raise data acquisition rates by more than two orders of magnitude. High-throughput technologies have already revolutionized certain areas of biology, such as genomics and proteomics, but neuroscience has yet to experience a growth spurt of comparable magnitude. We are constructing instrumentation that will allow the brain volumes of ~100 alert flies to be imaged simultaneously by two-photon fluorescence microscopy. We have chosen the fruit fly, Drosophila melanogaster, because of its small brain, its sophisticated behavioral repertoire, the large number of strains with genetically targeted alterations to brain circuitry, the utility of fluorescence imaging of neural activity in this species, and the importance of the fly as a model for the study of many brain diseases.

Massively parallel brain imaging will open new research avenues: (1) The ability to track neural dynamics across the brains of large numbers of normal flies and those with genetically induced neural circuit perturbations will transform our understanding of how neural circuits produce animal behavior. (2) The now prominent role of the fruit fly as a model system for the study of developmental disorders, neurodegenerative diseases, and addiction implies we will gain significant medical insights into devastating conditions. (3) Our technology will have important applications to drug screening, allowing the cellular effects of new compounds to be assessed rapidly in vivo. (4) The ability to perform high-throughput time-lapse imaging of cellular events during the maturation of fly embryos will greatly benefit developmental neurobiology. Applications of our technology will also be plentiful in other model organisms, such as nematodes and zebrafish, impacting multiple areas of biomedicine.