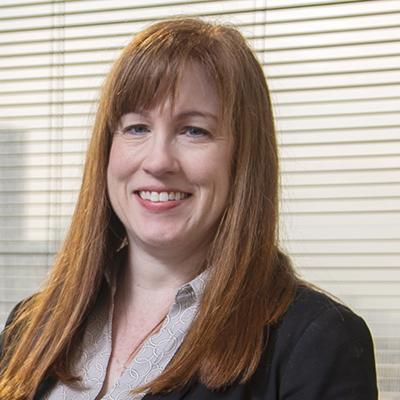 Dr. Hooper is the Jonathan W. Uhr, MD Distinguished Chair in Immunology at the University of Texas Southwestern Medical Center.

Lora Hooper is investigating how the intestinal immune system defends against the vast microbial communities that inhabit the mammalian gut.

The human intestine is inhabited by nearly 100 trillion intestinal bacteria that are essential for health. Millions of years of coevolution have molded this human-microbe interaction into a symbiotic relationship in which gut bacteria make essential contributions to human nutrient metabolism and in return occupy a nutrient-rich environment. The goal of my laboratory is to understand the mechanisms that regulate host-microbial interactions at the epithelial surfaces of the intestine and how these mechanisms promote symbiotic relationships with resident intestinal bacteria. Much of our work has focused on secreted epithelial cell–derived antimicrobial proteins, which directly lyse bacteria and promote host-microbial relationships by restricting bacterial interactions with host tissues. Our approach has been multidisciplinary, ranging from the creation of new animal models with altered epithelial innate immune function to detailed biochemical and structural analyses of epithelial antibacterial proteins. We are continuing to explore the molecular consequences of bacterial-host interactions in the intestine through biochemistry, structural biology, and mouse genetics.

Germ-Free Mice as a Tool for Analyzing Intestinal Host-Bacterial Interactions
One of the key experimental tools for our studies is gnotobiotics (known life), a technology involving the use of microbiologically sterile (germ-free) animals. Germ-free mice allow us to manipulate the intestinal ecosystem by introducing a single bacterial species or defined species mixtures. In my laboratory, we routinely combine gnotobiotics with a battery of tools for molecular analysis to study bacterial-epithelial crosstalk in the gut.

Antimicrobial Lectins of the Intestinal Epithelium
Intestinal epithelial cells secrete a diverse arsenal of antimicrobial proteins that play an essential role in maintaining homeostasis with the diverse bacterial communities of the intestine. In our early work, my lab used gnotobiotics, laser capture microdissection, and DNA microarrays to search for new antibacterial proteins of intestinal epithelia. These efforts led to the discovery of RegIIIgamma, a secreted member of the C-type lectin family of carbohydrate-binding proteins. We found that RegIIIgamma is discharged into the gut lumen and mediates direct killing of Gram-positive intestinal bacteria.

We are using a variety of biochemical and biophysical approaches to unravel the detailed mechanism by which RegIIIgamma kills bacteria. We have used nuclear magnetic resonance spectroscopy to show how RegIIIgamma recognizes its bacterial targets by binding to cell wall peptidoglycan. In ongoing studies, we are using structural approaches, such as cryoelectron microscopy, to further dissect the mechanistic basis for RegIIIgamma bactericidal activity.

We have also studied RegIIIgamma-deficient mice to understand how secreted epithelial antimicrobial proteins promote host-bacterial homeostasis in vivo. We found that bacteria are physically separated from the small intestinal epithelial surface by a distance of about 50 microns. The physical separation of microbiota and host is critical for limiting bacterial contact with the intestinal surface and subsequent activation of host adaptive immune responses. RegIIIgamma promotes this spatial segregation and is thus essential for host-bacterial mutualism. We are currently studying the role of other immune effectors in regulating spatial relationships between microbiota and host at the intestinal surface.

Bacteriophages and the Intestinal Microbiota
The past decade produced a wealth of insight into the bacteria that colonize the mammalian intestine. More recently, it has become apparent that the intestinal microbiota is also rich in viruses. Many of these viruses infect bacteria and are known as bacteriophages (phages). A large proportion of intestinal phages exist as lysogenic prophages that are stably integrated into bacterial chromosomes and can undergo lytic induction to produce infectious phage particles under the influence of key environmental signals. We have found that Enterococcus faecalis, a component of the human intestinal microbiota, produces phage when colonizing the mouse intestine. Production of E. faecalis phage is influenced by nutrient availability and provides an advantage to the host bacterium during competition with other E. faecalis strains. These findings indicate that bacteriophages can affect the dynamics of bacterial colonization in the mammalian intestine, contributing initial insight into the role of phages in the gastrointestinal ecosystem. Among our research goals are to unravel the genetic mechanisms underlying phage production in the intestine, further explore the impact of phage production on bacterial-host interactions, and determine how intestinal phages affect host immunity.

Intestinal Immunity and the Circadian Clock
Environmental factors can profoundly affect the development and function of the mucosal immune system. Light is an environmental signal that regulates many aspects of mammalian physiology, such as metabolism, through the actions of the molecular circadian clock. Immune challenges to the mammalian intestine increase during waking hours, especially during feeding, and we predict that key intestinal immune functions are under circadian control in anticipation of these environmental challenges. In ongoing work, we have begun to unravel how the development of certain intestinal immune cells is regulated by the circadian clock transcriptional network and are exploring how immune cell development is influenced by light cues. Exploring the links between the circadian clock and intestinal immunity will be an important focus of our future work.

This work is also supported by the National Institutes of Health, the Crohn's and Colitis Foundation of America, the Burroughs Wellcome Fund, and the Welch Foundation.