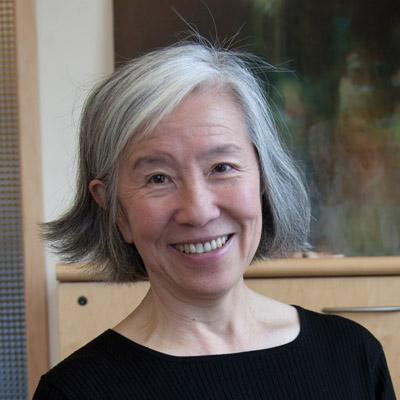 Dr. Jan is Jack and DeLoris Lange Professor of Physiology and Biophysics at the University of California, San Francisco.

Lily Jan's lab started their ion channel studies with molecular identification of the founding members of voltage-gated potassium channels (1987) and inwardly rectifying potassium channels (1993) and identification of TMEM16A and TMEM16B as calcium-activated chloride channels (2008). They now ask how these ion channels work, how the channel activity may be regulated at the level of channel property as well as channel density and localization, and how these channels contribute to cellular functions such as neuronal signaling.

Most cell types express a variety of ion channels that serve important physiological functions, such as neuronal signaling, regulation of heartbeat and vascular tone, control of ion flow across epithelia, regulation of secretion from exocrine glands, and control of hormone release from endocrine tissues. Molecular identification of these ion channels makes it possible to study one channel type at a time. It enables functional studies of heterologously expressed channels that can be subjected to mutagenesis in order to identify structural elements important for specific aspects of the channel function. It allows the generation of specific probes to examine the localization of channel protein and the mRNA encoding the channel and to elucidate mechanisms for channel regulation in vivo. It also makes it possible to modify the channel gene genetically to test for its physiological roles.

Given the heterogeneity and broad expression of potassium channels and calcium-activated chloride channels, we resorted to performing Drosophila chromosome walk or expression cloning using frog or axolotl oocytes as the expression system, for the initial molecular identification of these ion channels. Once these ion channels were molecularly identified, we asked how these channels work, how transmitter actions and second messengers may regulate channel activity, and how these channels fulfill their physiological functions.

One advantage in channel studies is the possibility of examining one channel at a time, with submillisecond resolution, for many seconds, in experimentally determined intracellular and extracellular environments. In addition to conducting biophysical, biochemical, and cell biological studies of channel assembly, trafficking, regulation, and function, we need to learn how these channels are targeted to specific subcellular compartments of a neuron, how they respond dynamically to neuronal activity, and how these channels in turn modulate neuronal signaling.

Potassium Channels
Conserved among eukaryotes and prokaryotes, potassium channels modulate neuronal signaling in the brain and the peripheral nervous system, regulate cell volume and the flow of salt across epithelia, and control heart rate, vascular tone, and the release of hormones such as insulin. Furthermore, they protect neurons and muscles under metabolic stress. 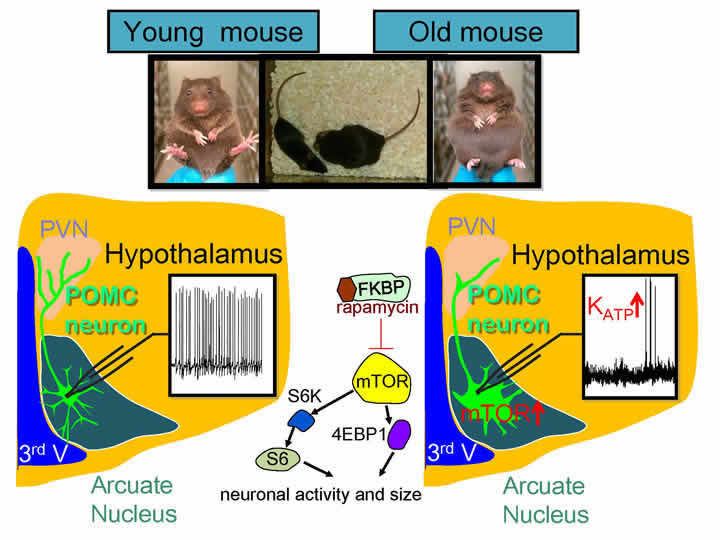 Calcium-Activated Chloride Channels
Calcium-activated chloride channels (CaCCs) also serve a broad range of physiological functions by regulating the electrical potential across the cell membrane and the flow of salt and water across epithelia. In the nervous system, these chloride channels may regulate neuronal excitability and synaptic efficacy. In the exocrine gland, CaCCs regulate secretion. In the smooth muscle, calcium release from the internal store will activate CaCCs, leading to membrane potential changes that open calcium channels to sustain smooth muscle contraction. In the digestive system, TMEM16A in the interstitial cells of Cajal regulates rhythmic contraction of the stomach and intestines. In the airway, TMEM16A is highly expressed in the airway smooth muscle (ASM), and the TMEM16A protein level on the luminal surface of airway epithelia is elevated in asthma models. In such asthma models, newly identified CaCC channel blockers reduce mucin secretion and ASM contraction, suggesting that CaCC blockers may be of therapeutic value. In green algae and plants that lack voltage-gated sodium channels, electric signal generation may depend on CaCCs.

While in most cell types the internal chloride concentration is fairly high, so that, for example, CaCCs could generate action potentials in green algae and provide positive feedback regulation to sustain smooth muscle contraction, most central neurons in the adult brain have lower internal chloride concentration, so that chloride channel activation causes inhibition. The internal chloride level may rise, however, in central neurons that have experienced heightened neuronal activity or have been subjected to pathological conditions such as epilepsy or brain trauma. Hence, not only is CaCC activity regulated by calcium entry through NMDA receptors or voltage-gated calcium channels, but also the nature of the CaCC modulation may vary qualitatively because of alterations of the chloride concentration gradient by excessive neuronal activity.

Having shown that TMEM16A and TMEM16AB give rise to CaCCs in frogs and mammals, we found that a member of the Drosophila TMEM16 family forms CaCCs that are important for host defense. Identifying an evolutionarily distant TMEM16 homolog as a CaCC will aid our structure-function studies of this ion channel, which bears no structural similarity to other channel families.

Other Types of Ion Channels in the TMEM16 Family
It is remarkable that the TMEM16 family of transmembrane proteins with unknown function includes not only channels that permeate negatively charged ions but also closely related channels that permeate positively charged ions. While TMEM16A and TMEM16B give rise to CaCCs that allow chloride ions to go through, TMEM16F forms a small-conductance calcium-activated nonselective cation channel (SCAN) that permeates calcium. TMEM16F is linked to the Scott syndrome, a bleeding disorder arising from a deficiency in calcium-activated lipid scrambling that exposes phosphatidylserine on the surface of blood cells to trigger blood coagulation. We found that mice lacking TMEM16F recapitulate this deficiency in blood coagulation.