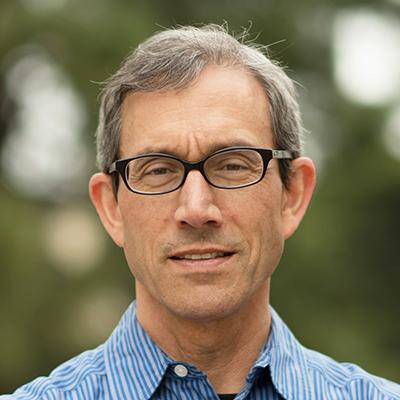 Dr. Niyogi is a professor in the plant and microbial biology department at the University of California, Berkeley, and a faculty scientist in the molecular biophysics and integrated bioimaging division of Lawrence Berkeley National Laboratory.

Kris Niyogi studies photosynthetic energy conversion and its regulation in algae and plants.

Photosynthesis is the biological process that converts solar energy into chemical energy, providing the raw materials for growth, development, and reproduction of plants, algae, and photosynthetic bacteria. These diverse photoautotrophs are the major primary producers of organic matter and the ultimate source of food for nearly all life on Earth. My long-term research goals are to understand how photosynthetic energy conversion works, how it is regulated, and how it might be improved to help meet the world's needs for food and fuel.

My lab uses a wide array of experimental organisms and interdisciplinary approaches to investigate fundamental questions about assembly, regulation, and dynamics of photosynthesis. In particular, we have focused on a pair of model organisms that diverged from each other around the time that fungi diverged from animals: the unicellular green alga, Chlamydomonas reinhardtii, and the laboratory weed, Arabidopsis thaliana. By comparing how photosynthesis works in diverse organisms, we hope to uncover general design principles of natural photosynthesis as well as unique adaptations to different environments.

Regulation of Photosynthetic Light Harvesting
The actual efficiency of photosynthetic light utilization in nature is relatively low, mainly because algae and plants are unable to use most of the light energy that they absorb. The rate of photosynthesis typically reaches a maximum (Pmax) at a light intensity well below that of full sunlight (Figure 1). Therefore, most of the photons that are absorbed by an algal cell or plant leaf end up being wasted. Photoprotective mechanisms that regulate light harvesting by dissipating excess light energy as heat have evolved to minimize generation of oxidizing molecules that would otherwise inhibit photosynthesis and growth.

We have made major contributions to understanding the regulation of photosynthesis by identifying and characterizing mutants of both Chlamydomonas and Arabidopsis that are defective in nonphotochemical quenching (NPQ), which regulates light harvesting in nearly all photosynthetic eukaryotes (Figure 2). The mutant analysis helped to define the carotenoid pigments (zeaxanthin and lutein) that are involved in NPQ and showed that a photosystem II protein of previously unknown function, PsbS, is necessary for the main component of NPQ in Arabidopsis. We  discovered that the stress-related antenna protein called LHCSR is essential for NPQ in the green alga Chlamydomonas, instead of PsbS. In collaboration with Graham Fleming (University of California, Berkeley [UC Berkeley] and Lawrence Berkeley National Laboratory [Berkeley Lab]) and Roberto Bassi (University of Verona), we are using reconstitution and ultrafast spectroscopy to elucidate the pigment architecture and underlying biophysical mechanism of NPQ in different organisms. We are also investigating the possibility of improving photosynthesis by altering NPQ.

Singlet Oxygen Signaling
Aerobic organisms, from bacteria to plants and animals, have evolved sensing, signaling, and protective mechanisms to cope with various reactive oxygen species that are inevitably generated as products of intracellular and extracellular reactions. Singlet oxygen is a short-lived, highly reactive oxygen species that is generated under excess light in the photosystem II reaction center, where it can inhibit photosynthesis. We discovered that Chlamydomonas exhibits an acclimation response to singlet oxygen stress that enables cells to survive singlet oxygen levels that would otherwise be lethal. This response involves retrograde signaling from the chloroplast that regulates nuclear gene expression. To dissect the signal transduction pathway involved in sensing and responding to singlet oxygen, my lab has studied mutants that are unable to acclimate to singlet oxygen, as well as mutants that are constitutively more resistant to singlet oxygen. Analysis of these mutants has led to the identification of putative transcription factors that control the acclimation response, and we are using genome-wide approaches to define their targets.

Dynamics of Photosynthetic Membranes and Protein Complexes
The light-dependent reactions of oxygenic photosynthesis in algae and plants are catalyzed by a series of membrane protein complexes in chloroplasts. Although high-resolution structures are now available for the major complexes, a thorough understanding of the dynamic processes of photosynthetic membrane biogenesis, regulation, and repair is lacking. To gain insight into how specific pigments, proteins, lipids, and cofactors are assembled into a functional photosynthetic membrane, my lab has isolated hundreds of new Chlamydomonas mutants that affect photosynthesis. We have found mutants affecting key reactions in chlorophyll biosynthesis and nearly every step of carotenoid biosynthesis, in addition to mutants that affect specific photosynthetic complexes. For example, mutants that are defective in photosystem II activity were identified by imaging of chlorophyll fluorescence based on their lack of variable fluorescence (Figure 3). Through genetic and biochemical analysis of these mutants, we are uncovering novel factors that are necessary for photosystem II assembly.

Grants from (1) the Division of Chemical Sciences, Geosciences, and Biosciences, Office of Basic Energy Sciences, Office of Science, U.S. Department of Energy and (2) the Bill & Melinda Gates Foundation RIPE Project under a subaward from the University of Illinois provided partial support for these projects.