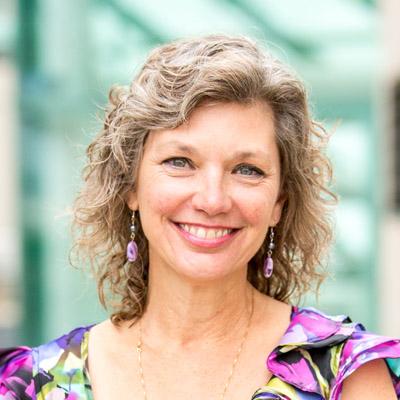 Dr. Orth is a professor of molecular biology and biochemistry and the Earl A. Forsythe Chair in Biomedical Science at the University of Texas Southwestern Medical Center.

Bacteria will do whatever it takes to outwit their hosts. Kim Orth's lab studies their crafty ways, figuring out exactly how pathogens manipulate host cells for their own benefit and survival.

Her team's work has uncovered unexpected strategies that bacteria use to survive and spread. Her research group has also helped discern normal signaling processes in host cells, including mechanisms that can be exploited to treat disease. They have found that Yersinia, the bacteria that causes plague, silences cells' attempts to summon immune cells by chemically modifying a key signaling protein so that it can no longer be switched on.

Their studies of Vibrio parahaemolyticus, a bacterium that causes food-borne illness, showed that the microbe injects a toxin into host cells that remodels the cell's structure, causing it to engulf the bacteria. Once inside, bacteria grow and divide until the host cell ruptures.

Studies of another Vibrio toxin by Orth and her colleagues revealed a previously unrecognized way in which cells chemically modify their proteins to alter their function. The bacteria use the modification, which Orth named AMPylation, to cause host cells to collapse and die.

Her team has also discovered a protein that many bacteria use to adhere to cells during the early stages of infection, and is testing whether they can interfere with that attachment to prevent or weaken infections in patients.