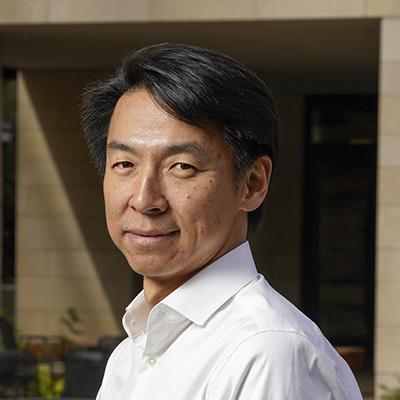 Kang Shen studies fundamental cell biology questions in the nervous system. These questions include how neurons form their synaptic connections by choosing specific synaptic partners, at particular subcellular locations, with appropriate size and density; how dendrites aquire their shape; and how neurons achieve polarized microtubule organization. His lab takes advantage of the simple neural circuits and genetic tools of C. elegans to study these questions in vivo.

My laboratory is interested in understanding the molecular mechanisms of neural circuit assembly. The general wiring of the nervous system is achieved through a sequence of developmental events that include neuronal migration, axon guidance, axonal layer specificity, synaptic specificity, and activity-dependent modification of nascent synaptic circuits. We are focusing on three questions involving synapse formation and dendrite morphogenesis.

Synapse Formation
We are interested in the molecular mechanisms that specify synaptic connectivity. We are also studying how the presynaptic structures form by studying the trafficking and aggregation of synaptic vesicle precursors and active zone (AZ) proteins. We have labeled the synapses of six different classes of Caenorhabditis elegans neurons with single-cell resolution in vivo and performed forward genetic analysis on them. This work has identified extrinsic cues that specify the location and partnership of synapses as well as intracellular trafficking and aggregation mechanisms that are essential for correct synapse formation in vivo.

Figure 1: Extrinsic cues pattern synapse by inhibiting synapse formation. The schematic diagram of DA9 and DA8 neurons in C. elegans shows the importance of inhibitory cues in patterning the synapses. LIN-44/Wnt functions through LIN-17/Frizzled to inhibit synapse formation in the posterior segment of the axon (blue bracket), and UNC-6/netrin and UNC-5 exclude presynaptic material from dendrites where the UNC-6 concentration is high. DA8 and DA9 synaptic domains exhibit a tiled arrangement in the axon. Transmembrane semaphorins (SMP-1 and SMP-2) and Plexin/PLX-1 are required to achieve the tiled synaptic domains between these two cells. Kota Mizumoto, Vivian Poon, Matthew Klassen, and Kang Shen
Figure 2: Molecular mechanisms of dendritic branching. A: wild-type PVD neurons exhibit elaborate and stereotyped dendritic branches. B: we isolated a mutant,  dma-1, which shows dramatically reduced dendritic branches. C, D: sax-7 and mnr-1 are also mutants that exhibit disorganized branches and lack high-order branches. E: genetic mapping and molecular cloning of these mutants led to the identification of the molecular lesions. DMA-1 encodes a novel transmembrane leucine-rich repeat molecule. MNR-1 encodes a novel transmembrane protein with no cytoplasmic domain. SAX-7 is the ortholog of L1CAM, which is an immunoglobulin superfamily protein. F: our preliminary data show that SAX-7 and MNR-1 function in the hypodermal skin cells and that DMA-1 functions in the PVD dendrites to pattern dendritic morphogenesis. DMA-1 binds directly to SAX-7 and MNR-1, forming a tripartite complex of adhesion molecules. Adapted from Dong, X.T. et al. 2013 Cell 155:296-307.
Figure 3: RAB-10 regulates dendritic branching by balancing dendritic transport. Tremendous cellular growth is required to construct a complex dendritic arbor, and it remains unclear how membrane and protein components are transported to support a rapidly growing, polarized dendrite. Shown here is the elaborate dendritic arbor of a PVD sensory neuron in Caenorhabditis elegans. In the PVD neuron, we demonstrate that the regulation of dendritic trafficking by the small GTPase RAB-10 is necessary to pattern a complex dendritic arbor. Credit: Caitlin Taylor ©PlosGenetics

Synaptic adhesion molecules induce synapse formation in vivo. Our investigation of synapse formation in the HSN neurons found that a pair of Ig superfamily proteins, SYG-1 and SYG-2, are critical for specification of synapses. SYG-2, expressed by the surrounding guidepost cells, binds directly to SYG-1 on the HSN neuron and concentrates it to the short stretch of the axon where synapses form. SYG-1 binds directly to the WAVE regulatory complex (WRC) through a conserved sequence motif in its cytoplasmic domain. The WRC is required to build a local F-actin patch, which in turn recruits an adaptor protein, NAB-1/neurabin. NAB-1 binds to both F-actin and AZ scaffolding proteins SYD-1, SYD-2, and ELKS-1. SYD-1, SYD-2, and ELKS-1 form a cytomatrix meshwork that recruits functional AZ proteins and synaptic vesicles. These studies showed that synaptic adhesion molecules trigger synapse formation by organizing major cytoskeleton components and recruiting presynaptic components.

Inhibitory cues shape synaptic connections in vivo. Although multiple other cell-adhesion and secreted molecules have been found to stimulate the assembly of synapses, the contribution of signals that negatively regulate synaptic development is not well understood. We examined synapse formation in the C. elegans cholinergic motor neuron DA9, whose en passant presynapses are restricted to a specific segment of its axon. We report that a signaling pathway composed of the Wnts lin-44 and egl-20, the Wnt receptor lin-17/Frizzled, and the cytoplasmic effector dsh-1/Dishevelled defines the subcellular location of DA9 presynapses by inhibiting their assembly in regions of the axon proximal to the sources of Wnt. LIN-44/Wnt is secreted from the tail hypodermis and localizes LIN-17/Frizzled to a subdomain of the DA9 axon that is devoid of presynaptic specializations (Figure 1). Conversely, the ectopic overexpression of LIN-44 in cells adjacent to DA9 is sufficient to expand LIN-17 localization in the DA9 axon and concomitantly displace the assembly of presynaptic terminals. These results demonstrate a novel role for Wnt signaling in inhibiting synapse formation and suggest that morphogenetic signals can spatially regulate the patterning of synaptic connections by subdividing regions of the axon into discrete domains.

The long axonal projection of DA9 far exceeds the anterior border of the synaptic domain, suggesting that inhibitory mechanisms might restrict the synaptic formation along the distal axon. We found that the fasciculating sister axon DA8 tiles its synaptic domain with DA9 by inhibiting synaptogenesis in the DA9 distal axon. This inhibition is mediated by two transmembrane semaphorins and their plexin receptor, PLX-1. PLX-1 forms a concentrated patch at the distal synapse-free axon, delineating the distal synaptic border. Together with the results on Wnts and another project that shows that UNC-6/netrin can also inhibit synapse formation, these findings argue strongly that inhibitory cues from the environment shape synaptic connections in vivo (Figure 1).

The balance between axonal trafficking and synaptic vesicle aggregation dictates the number and size of synapses. Once the extrinsic cues determine the regions of synapse formation on axons, AZ proteins and synaptic vesicles (SVs) aggregate into presynaptic specifications with defined size. We found that AZ proteins and SVs are co-trafficked by the UNC-104/KIF1A motors from the cell body to the synaptic domain. Along the axon shaft, the trafficking organelles make numerous stops en route to the synapses. At these stop sites, mobile trafficking organelles frequently join the stationary packets (capture); the packets also split into mobile puncta (dissociation). The balance between capture and dissociation rates dictates the size of the puncta. The conserved small G protein ARL-8 is localized on synaptic vesicles and is critical for the number, size, and location of synapses because it regulates the capture and dissociation rates. ARL-8 directly interacts with the kinesin motor UNC-104/KIF1A. ARL-8 also antagonizes the synapse assembly activity of the AZ proteins. By tuning the motor protein and the aggregation activity of the AZ proteins, ARL-8 promotes axonal transport and reduces the size of presynaptic specializations.

Dendrite Morphogenesis
Robust dendrite morphogenesis is a critical step in the development of reproducible neural circuits. Although extensive anatomical evidence supports the notion that the shape of dendrites is determined by extrinsic cues, the molecular nature of these cues remains elusive.

A tripartite transmembrane protein complex directs dendrite branching. In C. elegans, the sensory neuron PVD establishes stereotypical, highly branched dendrite morphology. We used genetic approaches to identify a tripartite ligand-receptor complex of membrane adhesion molecules, which is both necessary and sufficient to effect spatially restricted growth and branching of PVD dendrites. SAX-7/L1CAM and MNR-1 function as a ligand complex at defined locations in the surrounding hypodermal tissue, and DMA-1 acts as the cognate receptor on PVD. Mutations in this complex lead to dramatic defects in the formation, stabilization, and organization of the dendritic arbor. Ectopic expression of SAX-7 and MNR-1 generates a predictable, unnaturally patterned dendritic tree in a DMA-1–dependent manner. Both in vivo and in vitro experiments indicate that all three molecules are needed for interaction and that binding requires the FnIII domains of SAX-7, leucine-rich repeats of DMA-1, and an unknown domain of MNR-1.

This work was also supported by the National Institutes of Health, the W.M. Keck Foundation, and the McKnight Endowment Fund.