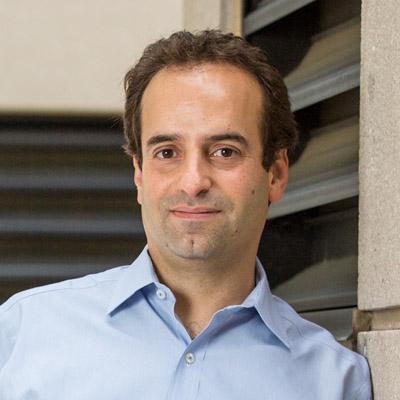 Dr. Mendell is a professor of molecular biology, a member of the Simmons Cancer Center, and a member of the Center for Regenerative Science and Medicine at the University of Texas Southwestern Medical Center, Dallas.

When Joshua Mendell set up his research lab in 2004, the study of microRNAs was an emerging field. Hundreds of these small bits of RNA had been found in plants and animals, and scientists knew they affected a variety of biological processes by regulating gene activity. Mendell dove in and quickly established himself as a leader in determining how microRNAs influence development and disease.

His first big discovery came in 2005, when he showed that a well-known cancer-promoting protein, MYC, directly stimulates production of a specific cluster of six microRNAs. He and others have since demonstrated that these microRNAs contribute to MYC's ability to drive tumor formation. Work from Mendell's team has revealed involvement of microRNAs in several other critical cancer pathways as well, and recently the lab showed that certain microRNAs are important for wound healing. Mendell's group has also uncovered new mechanisms through which the abundance of microRNAs is controlled in normal tissues and in tumors.

Ultimately, Mendell is interested in developing new therapies for human disease, and his work in animal models has provided persuasive evidence of the therapeutic potential of microRNAs. His team slowed the growth of liver tumors in mice dramatically by giving the animals a specific microRNA that was present at lower levels in cancer cells than in healthy liver cells. The treatment killed tumor cells but preserved healthy cells, suggesting that such therapies might be well tolerated and effective.

Most recently, Mendell's group has applied similar approaches to study the functions of other types of noncoding RNAs, uncovering surprising new roles for these transcripts in normal physiology and in cancer.