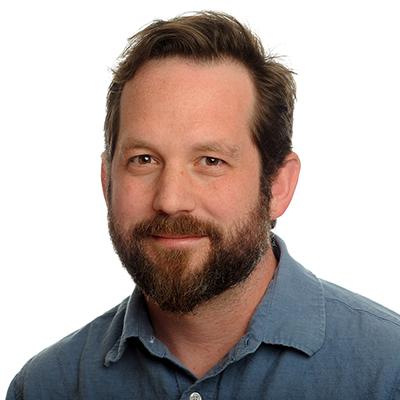 Dr. Dudman is a senior group leader at the Janelia Research Campus.

Joshua Dudman is interested in understanding how the brain associates sensory input and motor output during the selection and performance of reinforced actions. His lab uses electrophysiological, imaging, and computational techniques to explore sensorimotor integration in the striatum both in vitro and in awake, behaving rodents. His long-term goal is to link computations in these circuits to the acquisition of reinforced behaviors.

A function of the nervous system is to produce adaptive behaviors. The selection of a particular behavior results from attaching value to actions, events, and stimuli based on their associated outcomes. Our goal is to shed light on the contribution of small neural circuits, as well as the individual neurons that compose them, to this critical process of selecting context-appropriate volitional actions. We hope to provide insights into underlying biological dysfunctions, such as those found in pathological disruptions of volitional action in Parkinson's disease and addiction.

We begin with the hypothesis that the unique biophysical properties of individual neurons endow circuits in the brain with distinct computational properties. To understand the function of a defined neural circuit it is essential to understand not only the synaptic input and output arrangements but also the integrative properties of neurons at each point in the circuit. As a graduate student in Steven Siegelbaum's lab (HHMI, Columbia University College of Physicians and Surgeons), I used electrophysiological, computational, and imaging techniques to study the role of compartmentalized dendritic integration in the induction of synaptic plasticity in the hippocampus. These studies, as well as many others, have revealed a vast repertoire of mechanisms employed by individual neurons to regulate the strength of synaptic inputs and thus determine the properties of the circuits in which they are embedded. We found, for example, that the deletion of a specific subtype of ion channel removed a constraint on synaptic plasticity and enhanced spatial learning. These data provided evidence that the integrative properties of neurons can determine the function of neural circuits and, ultimately, behavior.

In related work, I also characterized a form of synaptic plasticity in which induction is closely matched to the temporal dynamics imposed by the anatomy of the hippocampal circuit. The mechanism of induction for this form of plasticity revealed that distinct dendritic compartments interact via the coordination of biochemical and electrical signaling with precise timing dependence. These results suggest that cellular mechanisms of plasticity may be tuned to the functional properties of neural circuits, and thus may allow for the coordination of cellular-level plasticity and circuit-level computations. Although we characterized this form of plasticity in a single cell type, circuits throughout the brain have defined anatomical arrangements that impose temporal constraints on the propagation of activity. This suggests that the tuning of cellular plasticity to circuit dynamics may be a general organizing principle in the nervous system.

At Janelia we will continue this work by studying how individual striatal neurons influence the corticostriatal circuits in which they are embedded. This aspect of our work focuses on two main questions. What is the precise anatomical convergence of sensory and motor input to principal neurons in the striatum? How do the unique biophysical properties of striatal neurons determine the integration of convergent cortical input?

To address these questions, we use our previous electrophysiological, imaging, and computational methods as well as molecular tools and imaging techniques developed in collaboration with other labs at Janelia.

Ultimately, our interest is to understand the contribution of cellular and circuit properties to reinforcement learning. To that end, our in vitro studies will be closely connected with the development of an instrumental conditioning paradigm that is amenable to cellular experiments using electrophysiology and imaging in vivo.

While postdoctoral fellows in Eric Kandel's lab (HHMI, Columbia University College of Physicians and Surgeons), Clifford Kentros and Isabel Muzzio developed techniques for performing stable extracellular recordings from freely moving mice during spatial learning tasks. As a postdoctoral fellow I extended this technique to carry out simultaneous recordings from multiple brain areas. At Janelia, we will use these techniques to study the temporal dynamics of individual neurons in corticostriatal circuits during the acquisition and performance of reinforced behavior. These techniques will allow us to observe the coordinated changes in corticostriatal circuits that accompany learning. Combining these measurements of dynamic activity in the network during learning with a characterization of the integrative properties of neurons in the network, we will continue to refine our understanding of how corticostriatal circuits support the selection and performance of adaptive behaviors.

This work was supported in part by a National Science Foundation graduate research fellowship and funding from the National Institutes of Health.