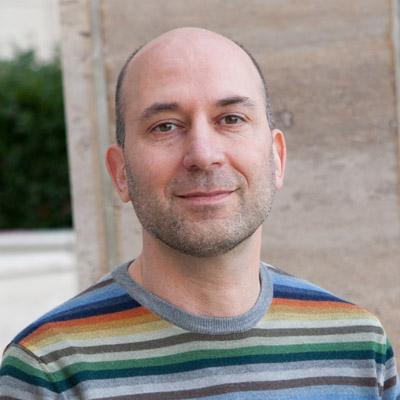 Dr. Weissman is the Landon T. Clay Professor of Biology at the Whitehead Institute for Biomedical Research.

Jonathan Weissman is looking at how cells ensure that proteins fold into their correct shape, as well as the role of protein misfolding in disease and normal physiology. He is also developing experimental and analytical approaches for exploring the organizational principles of biological systems and globally monitoring protein translation through ribosome profiling. A broad goal of his work is to bridge large-scale approaches and in depth mechanistic investigations to reveal the information encoded within genomes.

To ensure proper folding, cells have evolved a sophisticated and essential machinery of proteins called molecular chaperones that assist the folding of newly made polypeptides. The importance of proper protein folding is underscored by the fact that a number of diseases, including Alzheimer's and those involving infectious proteins (prions), result from protein-misfolding events. My research focuses on identifying and understanding the machinery necessary for efficient folding, as well as studying the mechanism and consequences of protein misfolding. We are also developing experimental and analytical approaches for exploring the organizational principles of complex biological systems and for monitoring protein translation in vivo with unprecedented precision and depth.The ability to bridge large-scale approaches and mechanistic investigations is a key focus of our lab. Beyond the immediate payoff of these efforts, I hope our work will contribute to the broader goal of developing more principled, less ad hoc approaches for defining gene functions.

Below are descriptions of three broad project areas of the lab.

Ribosome Profiling
The advent of microarray technology, and more recently RNA-seq, has made it possible to monitor the internal state of a cell with unprecedented precision. However, these approaches monitor messenger RNA (mRNA) levels, whereas for the large majority of cases it is proteins that are directly responsible for mediating a gene's cellular functions. We know that mRNA levels are often a highly imperfect proxy for protein production due to the extensive use of translational control. Our understanding of the strategies used to regulate translation have lagged far behind that of transcription, largely due to the difficulty in monitoring protein synthesis rates.

We have developed a ribosome profiling approach based on deep-sequencing of ribosome-protected fragments that makes it possible to determine the rate of translation with a depth, speed and accuracy that rivals or exceeds existing approaches for following mRNA levels. Ribosome profiling also provides a powerful tool for dissecting the molecular mechanism of translation in vivo. 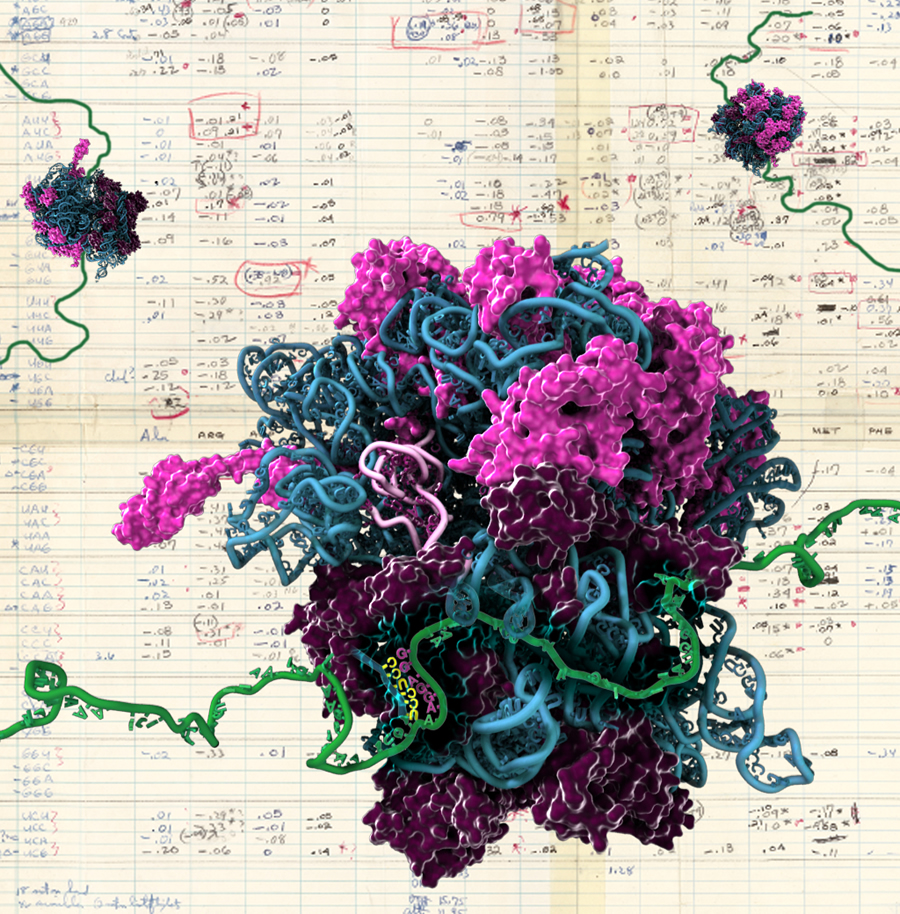 Protein Folding in the Endoplasmic Reticulum
As a rule, proteins that enter the secretory pathway fold within the ER. The ER establishes and maintains a highly specialized environment optimized for folding. Understanding how this is accomplished is a major focus of our research. But of course the ER is much more than just the entry point to the secretory pathway. This organelle integrates lipid biosynthesis, protein folding, glycosylation, quality control, and degradation and plays a key role in cellular homeostasis, infection, and immune defense. Accordingly, our efforts have taken a more holistic approach, encompassing all aspects of ER function.

Major recent findings include the following:

Understanding the Organizational Principles of Cellular Systems
Construction and analysis of high-density genetic interaction maps. A major challenge of the post genomic era is to understand how genes function together in normal and disease states. In addition to a description of the molecular activity of individual proteins, a comprehensive description of a cell requires an understanding of how groups of proteins act together to carry out specific biological processes, and how those different processes communicate among themselves. Theoretical considerations suggest that information regarding each of these organizational levels can be obtained from the analysis of genetic interaction maps (pairwise descriptions of the extent to which the loss of one gene will aggravate or buffer the effect of the loss of a second one). The spectrum of genetic interactions is also crucial for guiding efforts to tailor drug treatments to an individual's genetic makeup, and for developing rational strategies for drug-combination therapies.

We have used an integrated set of experimental and computational strategies that now make it possible to measure and analyze high-density genetic interaction maps in a variety of microorganisms including Saccharomyces cerevisiae, Schizosaccharomyces pombe, and Escherichia coli.  The application of this strategy to several fundamental processes, including the yeast early secretory pathway, has fueled a string of discoveries opening up new research directions and providing molecular insights into long-standing questions, including our advances listed above, in the understanding of the ER.

Mammalian genetic interaction maps. A convergence of technologies now makes it possible to construct similar genetic interaction maps in mammalian cells. These technologies include: (1) efficient lentiviral vectors allowing stable knock-down of one or more genes either using shRNAs or, more recently, CRISPR technology; (2) highly parallel microarray-based oligosynthesis enabling production of massive lentiviral RNA libraries; and (3) deep sequencing technology that makes it possible to monitor simultaneously the phenotypic consequences of each of the individual elements in such highly complex libraries. We have developed an integrated strategy for generating and quantitatively monitoring complex pooled lentiviral libraries. We have constructed an ultracomplex (25 small hairpin (sh)RNAs/gene and 500,000 total shRNAs) whole genome shRNA library. These ultracomplex libraries let us overcome the two common problems that have plagued shRNA screens: high false-negative rates (due to low efficacy of many shRNAs) and high false-positive rates (due to off-target effects). Our high-coverage library maximizes the chances of effectively targeting each gene with multiple independent shRNAs, and thus allows rigorous evaluation of the probability that shRNAs act through the intended target gene.

Using these ultracomplex libraries, we have developed an integrated methodology for genome-wide identification of genes with relevant phenotypes and systematic mapping of all genetic interactions (GIs) between them. We have demonstrated the potential of this approach in an application to pathways controlling the susceptibility of human cells to the toxin ricin. We have also developed a quantitative framework for our strategy, including experimental design, derivation of quantitative phenotypes from pooled screens, robust identification of hit genes using ultra-complex shRNA libraries, parallel measurement of hundreds of thousands of GIs from a single double-shRNA experiment, and construction of GI maps. Our pooled approach enables rapid screening of the same shRNA library in different cell lines and under different conditions to determine a range of different phenotypes.

We are particularly interested in using the above approach to map out how chaperones and stress networks contribute to the ability of transformed cancer cells to thrive despite being in highly stressed states.

CRISPRi: A general tool for programmed control of gene expression. Together with my colleagues Stanley Qi and HHMI investigator Wendell Lim (University of California, San Francisco) and HHMI investigator Jennifer Doudna and Adam Arkin (University of California, Berkeley), we have developed the CRISPR-associated catalytically inactive dCas9 protein as a general platform for RNA-guided DNA targeting. We have shown that fusion of dCas9 to effector domains with distinct regulatory functions enables stable and efficient transcriptional repression or activation in human and yeast cells with the site of delivery determined solely by a co-expressed short guide (sg)RNA. Coupling of dCas9 to a transcriptional repressor domain can robustly silence expression of multiple endogenous genes. Our results established that the CRISPR system can be used as a modular and flexible DNA-binding platform for the recruitment of proteins to a target DNA sequence and reveal the potential of CRISPRi as a general tool for the precise regulation of gene expression in eukaryotic cells.

This work is supported by grants from the National Institutes of Health.