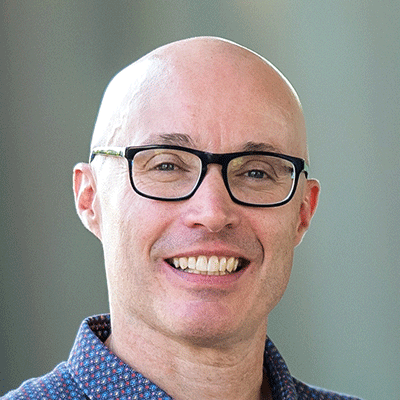 Dr. McCutcheon is a professor in the School of Life Sciences at Arizona State University and is associate director of the Biodesign Center for Mechanisms of Evolution at ASU’s Biodesign Institute.

John McCutcheon investigates endosymbiont-to-organelle transitions and associated processes in evolution. McCutcheon and his team are investigating the establishment of long-term bacterial infections in host cells, the structure of transitional forms along the bacterium-to-organelle progression, and changes in interactions between host endomembrane systems and intracellular bacteria over time and their role in modern eukaryotic cell biology. They use techniques from cell biology, genetics, and biochemistry to examine bacterial endosymbionts of insects. The team has revealed striking genomic parallels of these bacterial endosymbionts and organelles and have demonstrated that some of the mechanisms used by eukaryotes to allow extreme genome reductions in organelles have strong functional analogs in insect systems.