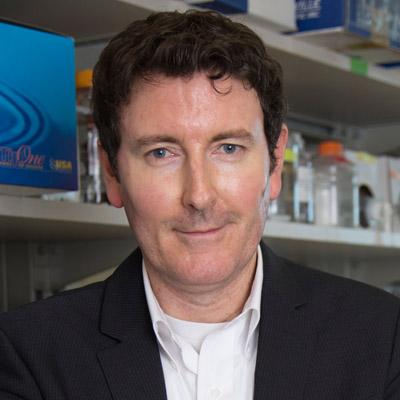 Dr. MacMicking is an associate professor (with tenure) of Microbial Pathogenesis and of Immunobiology at the Yale University School of Medicine.

The human body has an army of dedicated immune cells evolved to fight infection. But recent work suggests that skin cells, heart cells, neurons, and even single-celled bacteria – most cells, in fact – have antimicrobial defenses of their own.

John MacMicking studies these newly emergent self-defense systems, which have been collectively termed cell-autonomous immunity. His discoveries about how individual cells protect themselves against viruses, bacteria, and other pathogens is forcing scientists to reconsider what constitutes the boundaries and breadth of the traditional immune system.

His lab's focus is on how we control and eliminate intracellular microbes once they are recognized by the body's immune sensors. In humans and other mammals, hundreds of genes participate in these elaborate defense systems, switching on the production of antimicrobial proteins in response to either a cell's alarm signals or direct detection of a pathogen.

As a graduate student, MacMicking generated some of the first genetic mutants to reveal a role for these cell-intrinsic pathways, including ubiquitous gases such as nitric oxide that are critical for resistance to infection. In his own lab, his team identified a new family of enzymes, called GTPases, expressed in both immune and non-immune cells, that help tailor their defense strategies in accordance with where the pathogen replicates. Some of these GTPases, for example, target microbe-killing proteins to intracellular compartments harboring sequestered pathogens, whereas others direct protective responses within the host cell cytosol or the nucleus.

His lab is currently assembling a biogeographical map of these host defense networks to decipher the language of intracellular immunity in higher species such as mammals.