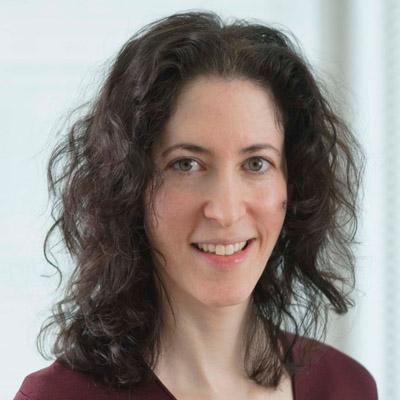 Dr. Zallen is a member in the Developmental Biology Program at Sloan Kettering Institute in the Memorial Sloan Kettering Cancer Center. She was an HHMI early career scientist from 2009 to 2015.

As an embryo grows and transforms, its cells divide, shift, and take on new identities. Jennifer Zallen is studying the coordinated cell movements that shape the emerging animal form. She studies how large populations of young cells reorganize to become the elongated beginnings of a body, a transition that requires hundreds of cells to align their movements along a common axis.

Working on the fruit fly, her research team discovered that cells at this early stage form pinwheel-shaped rosettes, in which groups of cells line up and then rapidly reorganize themselves to create distance between the fly's future head and tail. This process involves coordinated contractile structures that extend across multiple cells, contracting and pulling the cluster into a rosette. This rosette mechanism has now been shown to be a fundamental strategy for tissue elongation that is conserved from flies to mammals.

In addition, Zallen's team has identified a molecular code that systematically orients cell movements throughout the embryo and orchestrates this dramatic shape change. This work, unraveling the molecular signals and biophysical forces that shape developing embryos, is an important foundation for understanding how errors in these processes lead to birth defects, kidney disease, and cancer.

Figure 1: Axis elongation in Drosophila. The Drosophila embryo before (A) and after (B) axis elongation. The embryonic germband doubles in length along the anterior-posterior axis (left to right) and narrows in width along the dorsal-ventral axis (top to bottom). This process is mediated by cell intercalation between cells from neighboring dorsal and ventral rows. Ori Weitz and Jennifer Zallen
Figure 2: Multicellular rosette formation in the Drosophila embryo. During rosette formation (A), two columns of cells constrict their shared interfaces in tandem, bringing multiple cells into contact at a single point (B). This apparently symmetric structure resolves in a strictly directional fashion, elongating the multicellular array (C). Actomyosin cables (myosin II, red) align across multiple cells (D) and contract to form rosettes (E). Rosettes resolve in a perpendicular direction (F) through the establishment of new contacts between dorsal and ventral cells (Par3, green). Anterior, left; ventral, down. From Blankenship, J.T. et al. 2006 Developmental Cell 11:459–470. © 2006, with permission from Elsevier.

Movie: Intercalating cells in the Drosophila embryo form multicellular rosettes that assemble and resolve in a directional fashion, promoting body axis elongation. A subset of rosettes is highlighted. Anterior, left; ventral, down.