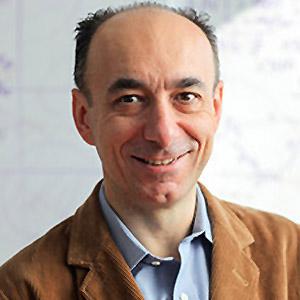 Dr. Casanova is a professor, head of the St. Giles Laboratory of Human Genetics of Infectious Diseases, and senior attending physician at the Rockefeller University, and a visiting professor at the Necker Hospital for Sick Children, Paris Descartes University. He was an HHMI international research scholar from 2005 to 2008.

Jean-Laurent Casanova studies the human genetic determinism of pediatric infectious diseases. He has identified inborn errors of immunity conferring increased susceptibility to a variety of pathogens. Examples include the discovery of the molecular genetic basis of predisposition to mycobacterial diseases (mutations of IFN-γ immunity), invasive pneumococcal disease (mutations of the NF-kB pathway), herpes simplex encephalitis (mutations of the TLR3 pathway), and chronic mucocutaneous candidiasis (mutations of IL-17 immunity). Pursuing both biological and medical goals, he attempts to establish a genetic theory of childhood infectious diseases.

Historically, childhood infections have been the greatest killers of mankind. Until the late 19th century, half of the population died from infection before the age of 15 years, and life expectancy at birth was only about 20 years. The global burden of pediatric infections has since diminished, with the establishment of the germ theory of disease, improvements in hygiene and the development of vaccines, antibiotics and surgery. However, throughout history, for any given pathogen, severe illness has occurred in only a small proportion of infected children, and this remains true today. Adult infectious diseases occurring in the course of secondary infection or reactivation from latency often result from impaired acquired immunity. However, this “somatic”, immunological theory of infectious diseases cannot easily be applied to primary infections. The fundamental question in the field of pediatric infectious diseases is therefore that of interindividual clinical heterogeneity in the course of primary infection. Geneticists, including Archibald Garrod and Karl Pearson, proposed a “germline”, genetic theory of pediatric infectious diseases in the 1920s. Their proposal that severe infections of childhood might result from inborn errors of immunity did not immediately catch on with microbiologists and immunologists. 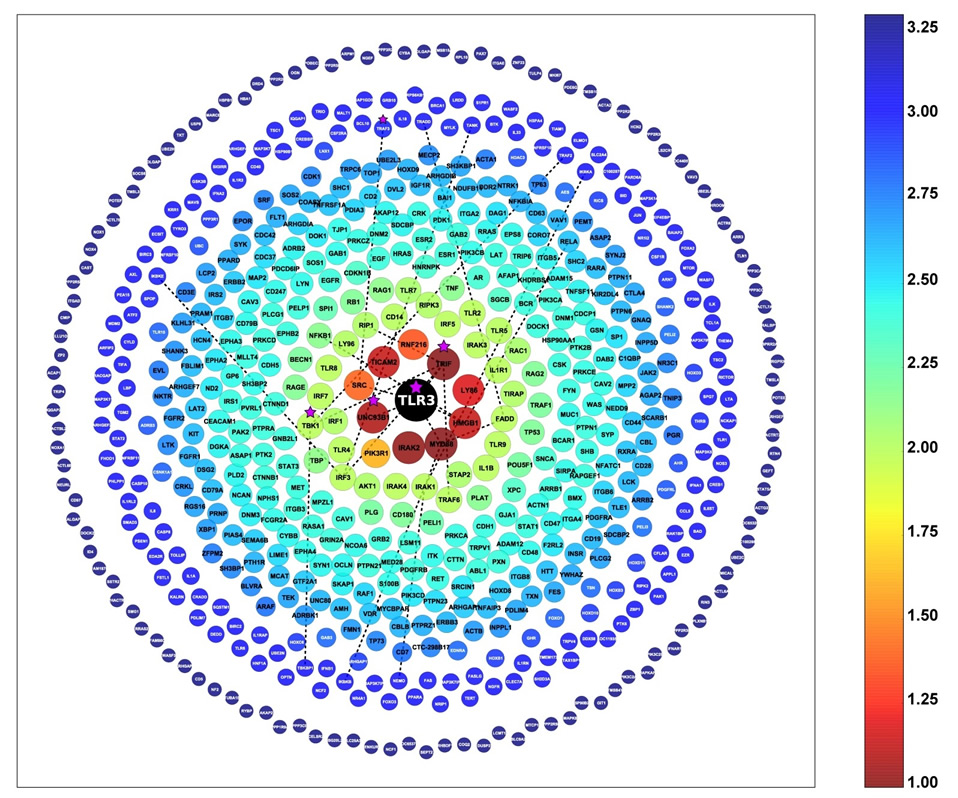 Since the work of Ogden Bruton in the 1950s, inborn errors of immunity (primary immunodeficiencies) have been seen as rare, fully penetrant, Mendelian traits associated with multiple, recurrent, opportunistic infections in early childhood (one gene, multiple infections and familial cases). Since the mid-1990s, we have been testing an alternative hypothesis that life-threatening isolated infectious diseases in otherwise healthy children often result from single-gene inborn errors of immunity, not necessarily displaying complete penetrance (one gene, one infection and sporadic cases). In doing so, we have discovered the first known genetic etiologies of a variety of chronic and acute isolated childhood infections.

Mendelian Susceptibility to Mycobacterial Diseases (MSMD) and tuberculosis (TB)
MSMD is characterized by a narrow susceptibility to weakly virulent mycobacteria. Allelic heterogeneity at nine MSMD-causing loci defines 18 different disorders, all of which feature impaired IFN-γ immunity. Our most recent and surprising discovery is that of autosomal recessive (AR) ROR-gt deficiency, revealing that this transcription factor controls IFN-γ. These studies have proved clinically useful by improving the care provided to MSMD patients. They have also provided valuable immunobiological insight, by revealing that human IFN-γ immunity is more redundant than mouse Th1 immunity in host defense and by contributing to the elucidation of the basic mechanisms governing IFN-γ immunity. We began the genetic dissection of MSMD as a first step towards that of childhood TB. We discovered that AR IL-12Rb1 deficiency displayed incomplete clinical penetrance for MSMD but could underlie severe TB in a small, non-negligible fraction of otherwise healthy children without MSMD. We have thus provided the first evidence that childhood TB may result from single-gene inborn errors of IFN-γ immunity.

Chronic Mucocutaneous Candidiasis (CMC)
CMC is characterized by epithelial lesions caused by Candida albicans in otherwise healthy patients. We identified AD IL-17F, AR IL-17RA, AR IL-17RC, and AR ACT1 deficiencies as the first genetic etiologies of CMC. Patients with AR ROR-gt deficiency also suffer from CMC. Finally, we found that most CMC patients were heterozygous for gain-of-function mutations of STAT1, which impaired the development of IL-17 T cells. These patients also often display autoimmune features. We had previously shown that loss-of-function alleles of STAT1 underlie mycobacterial and/or viral disease. STAT1 is the first human gene for which allelic heterogeneity has been shown to govern such different and specific infections. Thus, CMC can result from inborn errors of IL-17, which, unlike Th17 cells in mice, is essential for mucocutaneous immunity against C. albicans, but otherwise largely redundant. These studies have revolutionized the understanding and treatment of patients with genetic and other forms of CMC.

Invasive Pneumococcal Disease (IPD)
In our search for genetic etiologies of acute infections of childhood, we discovered the first genetic etiology of X-linked recessive anhidrotic ectodermal dysplasia with immunodeficiency (EDA-ID): hypomorphic mutations in NEMO that impair NF-kB activation. Affected children display developmental features and various infections, including IPD caused by Streptococcus pneumoniae, a common commensal organism. We then discovered hypermorphic mutations of the IkBa gene in patients with AD EDA-ID. We also discovered AR IRAK4 and MyD88 deficiencies in IPD patients without developmental defects. Human TLR- and IL-1R-dependent immunity is thus largely redundant in host defense. More recently, we discovered the first inborn errors of the LUBAC complex, with mutations in HOIL-1 and HOIP in patients with IPD and auto-inflammation. We also discovered the first genetic etiology of isolated congenital asplenia, which underlies IPD (mutations in RPSA). These studies have both clinical and immunological implications.

Kaposi Sarcoma (KS)
KS is an inflammatory neoplasm of endothelial cell origin. Human herpes virus-8 (HHV-8), also designated as KS-associated herpes virus (KSHV), is the causative agent for all forms of KS. Despite the high seroprevalence of HHV-8 infection in the Mediterranean Basin and evidence for strong familial aggregation between mother-child and sibling-sibling relationships, classic KS is exceedingly rare in children, with less than 40 reported cases in the last 50 years. The observation that most individuals infected with HHV-8 remain asymptomatic indicates that infection alone is not sufficient to develop KS and that other cofactors, such as impaired immunity are required. Following this notion, we identified inherited immunodeficiencies in children with classic KS and other severe infections, either preceding or concurrent with KS, AR IFN-γR1 deficiency and X-linked recessive Wiskott-Aldrich syndrome (WAS). We then discovered the first two genetic etiologies of isolated KS, with AR STIM1 deficiency and AR OX40 deficiency. Both defects impair T cell immunity. These findings provided proof-of-principle that single-gene inborn errors of immunity can underlie aggressive forms of classic KS in childhood – KS is not only a viral malignancy; it can also be genetic.

Herpes Simplex Virus Encephalitis (HSE)
Some children develop HSE during primary infection with HSV-1 — an almost ubiquitous and typically innocuous virus — despite having normal resistance to other infections. HSE is the most frequent sporadic viral encephalitis in the Western world and it is not an opportunistic infection, as it is not more common in children with known inherited and acquired immunodeficiencies. e first discovered patients with HSE and an AR UNC-93B deficiency abolishing TLR3- and TLR7-9-dependent IFN-α/β responses. Consistent with the lack of HSE in children with MyD88 and IRAK-4 deficiencies, we found other children with HSE and AD and AR TLR3 deficiencies, AD and AR TRIF deficiencies, AD TRAF3 deficiency, and AD TBK1 deficiency. Using induced pluripotent stem (iPS) cells, we showed that these patients’ central nervous system (CNS) cells (neurons and oligodendrocytes) fail to control HSV-1. HSE therefore results from a collection of single-gene inborn errors of CNS-specific intrinsic immunity, which do not display complete clinical penetrance. HSE is the first isolated infectious disease of childhood shown to be caused by single-gene inborn errors of immunity. Treatment of HSE children with IFN-α is now being tested.

Severe Influenza Disease
Life-threatening influenza disease in otherwise healthy children and its absence in children with known inborn or acquired errors of immunity both remain unexplained. Recently, we identified compound heterozygous mutations for two loss-of-function alleles of IRF7 in a child with life-threatening influenza during primary infection at age 2 years. She is now 7 years of age and healthy with annual influenza vaccinations. Neither the patient’s leukocytes nor her plasmacytoid dendritic cells, which are normally characterized by their high levels of constitutive IRF7 expression, produced any detectable amounts of the 19 anti-viral IFNs other than IFN-β ex vivo in response to a variety of agonists and viruses, including influenza virus. Moreover, the patient’s dermal fibroblasts and iPSC-derived pulmonary epithelial cells display increased intracellular replication of influenza virus in vitro. This cellular phenotype is rescued by wild-type IRF7 and by exogenous IFN-α2b. These findings indicate that human IRF7-dependent IFN-α/β amplification is required for protection against influenza virus, via plasmacytoid dendritic cells (innate immunity), or pulmonary epithelial cells (intrinsic immunity), or both, but is otherwise apparently redundant in host defense. They also provide proof-of-principle that severe influenza in otherwise healthy children may result from single-gene inborn errors of immunity. The clinical and immunological implications of this pioneering work are important.

Our discovery of such novel, surprising causal relationships have modified the long-standing paradigm in this field. They have provided proof-of-principle that severe infectious diseases of childhood may actually result from monogenic inborn errors of immunity. These studies have important clinical implications, providing a rationale for the prevention and treatment of pediatric infectious diseases with recombinant cytokines, as exemplified by IFN-γ therapy for children with mycobacterial diseases; there is now hope to treat children with HSE or severe influenza with IFN-α. These studies have also major immunological implications. The narrow range of childhood infections associated with single-gene inborn errors of immunity reflects the considerable, but not complete redundancy of the corresponding human genes for survival in the course of primary infection in natural, as opposed to experimental conditions. Our results provide compelling evidence for a genetic theory of childhood infectious diseases and further highlight the clinical and immunological impact of a genetic dissection of childhood infectious diseases.

Grants from the National Institutes of Health provided partial support for some of these projects.