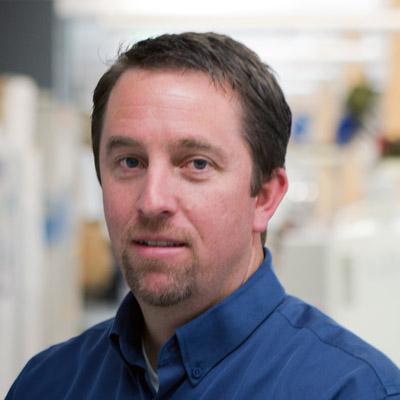 Dr. Rutter is a professor of biochemistry at the University of Utah.

Jared Rutter is drawn to biology's least explored areas. His penchant for confronting the unknown has paid off: since launching his research program in 2003, Rutter has turned up answers to mysteries scientists have been trying to solve for decades.

His lab group is focused on better understanding mitochondria, organelles that are key to cellular metabolism, signaling, and cell death, and whose dysfunction has been implicated in a variety of diseases. Yet surprisingly, hundreds of known mitochondrial proteins remain uncharacterized. Rutter and his team have identified 30 unstudied families of mitochondrial proteins found in almost all organisms and have begun teasing out their functions one by one.

This strategy led to the identification of a long-sought protein complex that transports pyruvate molecules into mitochondria, an important step in the conversion of carbohydrates into usable energy. The discovery has enabled Rutter and other scientists to explore the transporter's role in cancer and other diseases. His team has similarly identified the function of a number of other mitochondrial protein families, empowering the scientific community to explore a range of questions about physiology and disease – and Rutter says that's just the beginning.