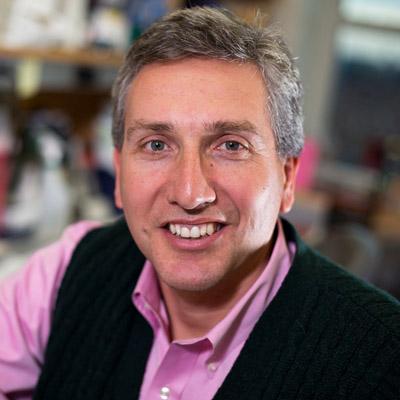 Dr. Fikrig is the Waldemar von Zedtwitz Professor of Medicine, and professor of microbial pathogenesis, epidemiology, and public health at Yale University. He serves as chief of the Section of Infectious Diseases in the Department of Internal Medicine at the Yale University School of Medicine.

Erol Fikrig is studying the relationship between pathogens, the vectors that carry them, and the hosts they infect, and looking for ways to interrupt those relationships to prevent or treat disease.

Arthropod-borne infectious diseases are an international public health concern. My laboratory studies the relationship between pathogens, the vectors that carry them, and the hosts they infect, to identify new ways to prevent disease. We are particularly interested in the initial events following transmission from the vector, and how arthropod saliva, the pathogen, and the host, interact at the bite site. We examine selected extracellular and intracellular bacteria, viruses and protozoa, to explore the similarities and differences of vector/pathogen/host interactions among groups of microorganisms.

For example, much of our initial effort focused on Borrelia burgdorferi – the causative agent of Lyme disease, and a common tick-borne illness in many parts of the world. We now also study Anaplasma phagocytophilum, an obligate intracellular bacterium that persists within neutrophils, and is also transmitted by ticks. More recent efforts have focused on West Nile virus, which emerged in North America in 2000. West Nile virus also serves as a model for related flaviviruses, including Dengue and Zika viruses. Finally, we study Plasmodium protozoa, which cause malaria.

We showed that immunization with B. burgdorferi outer surface protein (Osp) A is protective against Lyme disease in mice. This led to an FDA-approved human Lyme disease vaccine. Surprisingly, antibodies elicited by the vaccine enter the tick when the arthropod feeds, and destroy OspA-producing B. burgdorferi in the vector. As OspA is normally down-regulated by spirochetes during transmission from ticks to humans, this demonstrates an unusual mechanism of vaccine action – the targeting of an antigen expressed by a microbe within the vector to protect humans from infection.

My laboratory is interested in how pathogens may use arthropod products to facilitate infection of the mammalian host. As B. burgdorferi migrate from ticks to humans, the spirochetes influence the expression of tick salivary gland genes. B. burgdorferi then bind to some of the induced salivary proteins, such as Salp15, and use the tick proteins to evade mammalian immune responses. These discoveries led to the paradigm that microbes might use specific arthropod molecules to enable successful infection of the host: a triangular interaction at the ephemeral pathogen-vector-host interface that occurs while an arthropod is feeding on a vertebrate.

We are also determining whether, to be successfully acquired by the vector, pathogens within mammals use arthropod proteins that are secreted into the host. For example, ticks engorging on vertebrates induce recruitment of inflammatory cells to the bite site. For efficient migration to the vector, pathogens must traffic through this complex environment while avoiding the deleterious effects of immune cells. The tick salivary protein Salp25D plays a critical role in the mammalian host for acquisition of Borrelia burgdorferi by the arthropod. Salp25D detoxifies reactive oxygen species at the vector-pathogen-host interface, providing a survival advantage to B. burgdorferi at the tick-feeding site in mice. Silencing salp25D impairs spirochete acquisition by ticks engorging on B. burgdorferi-infected mice. These data demonstrate that pathogens can exploit arthropod molecules to defuse mammalian responses in order to enter the vector.

My group is studying whether these paradigms – initially established with B. burgdorferi – are applicable to other arthropod-borne infectious agents, including A. phagocytophilum, West Nile virus and Plasmodium. We are developing techniques to identify the entire panel of vector genes that are induced or repressed by pathogens, and assays to delineate the complete profile of arthropod proteins that microbes adhere to, or otherwise interact with. We are also assessing whether colonization of arthropods by specific infectious agents is a mutualistic, rather than parasitic, relationship. Understanding these interactions may lead to new ways to interrupt the life cycle of arthropod-borne pathogens and new vaccine strategies against these diseases.

This work is also supported by the National Institutes of Health.