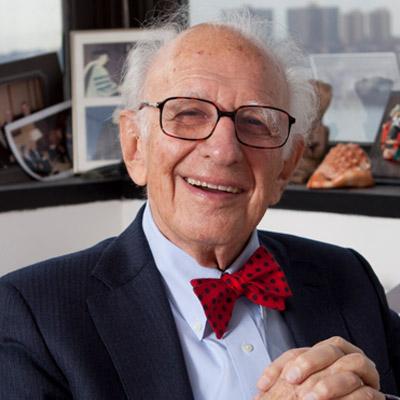 Dr. Kandel is director and Kavli Professor of the Kavli Institute for Brain Science, codirector of the Mortimer B. Zuckerman Mind Brain Behavior Institute, and a University Professor at Columbia University College of Physicians and Surgeons.

Eric Kandel is interested in the neurological changes that underlie learning and memory. Kandel and his team employ behavioral, electrophysiological, cellular, and molecular biological approaches to investigate these processes in invertebrates and vertebrates. Working in the snail Aplysia, they used the neural circuit of a simple reflex to study the cellular basis of three forms of learning: habituation, sensitization, and classical conditioning. First in Aplysia and then in mice, they have identified the existence of functional prion proteins that are critical for the maintenance of long-term memory. The team has increasingly focused their efforts on modeling the molecular basis of psychiatric disease, such as PTSD and addiction, and age-related memory loss in mice.