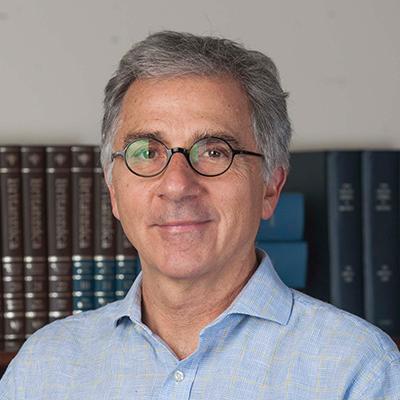 Dr. Melton is the Xander University Professor at Harvard University and co-director of the Harvard Stem Cell Institute.

Doug Melton's laboratory is interested in the genes and stem cells that give rise to the pancreas and insulin-producing beta cells, with possible therapeutic implications for diabetes.

Type 1 or juvenile diabetes is a genetically complex disease caused by an autoimmune destruction of insulin-producing beta (β) cells. Thus, the challenge finding new treatments or a cure can be divided into two problems: blocking or reversing the autoimmune attack and providing new β cells. We have focused on the latter, pursuing three complementary approaches aimed at making new β cells for diabetics.

Directed Differentiation of Stem Cells
We analyze the genes and cells that form the pancreas and use that information to direct differentiation of multipotent stem cells toward the β-cell fate. Genetic marking in mice has allowed us to map the lineage of progenitor cells that give rise to the exocrine, endocrine, and ductal components of the pancreas. In parallel, using biological and chemical screens, we investigate the regulatory genes that specify pancreatic cell fates. These studies have identified a set of transcription factors and intercellular signaling molecules (growth factors) that are responsible for the stepwise differentiation of normal pancreatic development. This genetic and cellular knowledge of pancreatic developmental biology guides our approach to the directed differentiation of stem cells. Using both embryonic and induced pluripotent stem cells (ES and iPS, respectively, from mice and humans), we aim to create functional β cells, using a stepwise differentiation protocol wherein specific signals are used to tell the cells which fate to adopt. 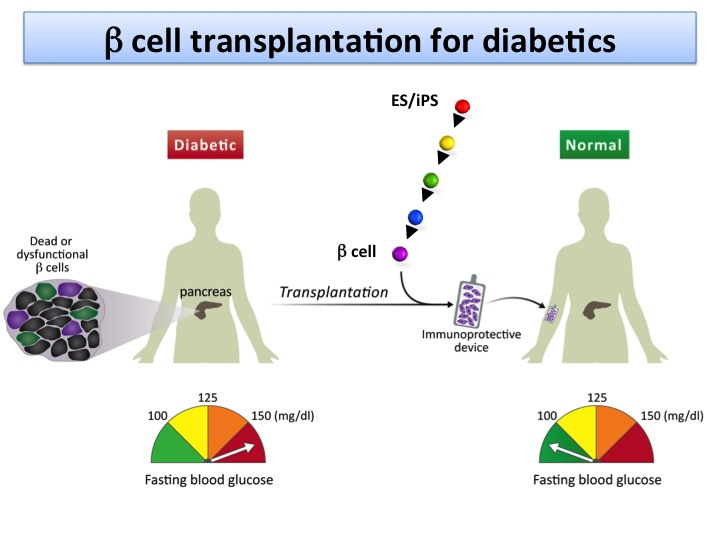 Protecting Transplanted Cells from Immune Destruction
We are extending our work now, with collaborators, to explore ways to protect stem cell-derived beta cells from immune destruction folllowing transplantation.  Our approch includes testing mechanical or structural protection by some sort of encapsulation method.  In addition, we are beginning to explore the use of genetic modification of the stem cells to make the derived beta cells "opaque" to immune attack.

We use a wide variety of techniques, including functional genomics, chemical screening, tissue explants and grafting for analyzing inductive signals, and developmental genetics for direct assays of gene function. Most of our work is done with human cells, using mice as a guide.

Should we be successful in directing the differentiation of human cells into functional β cells, or find signals that cause β cell replication and regeneration in vivo, we will extend our findings to clinical applications for the treatment of diabetes.

Some of these projects were also supported by grants from the National Institutes of Health, the Beta Cell Biology Consortium, the Juvenile Diabetes Research Foundation, and the Harvard Stem Cell Institute.