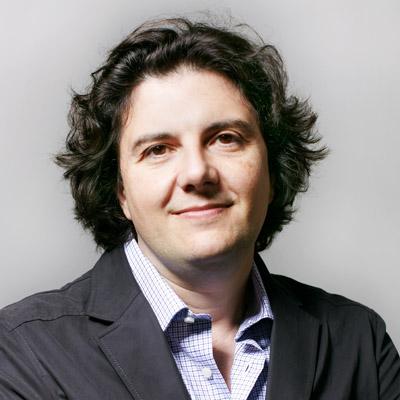 David Sabatini’s lab studies the mechanisms that regulate physiological and pathological growth and metabolism in mammals and also develops new technologies that can be applied to diverse biological problems.

A longtime interest of the lab is the signaling pathway anchored by the mTOR kinase, which David discovered when he was an M.D./Ph.D. student with Dr. Solomon Snyder at Johns Hopkins Medical School. The mTOR signaling network is a central regulator of growth, metabolism, and aging; the target of the well-known drug rapamycin; and is deregulated in common diseases, including cancer and diabetes. Work in David’s lab has led to the identification of most of the established components of the pathway, including the mTORC1 and mTORC2 complexes, and to an understanding of their cellular and organismal functions. In recent years the lab has discovered the amino acid sensors and signaling molecules that convey amino acid sufficiency to mTORC1. The discovery of the Rag-Ragulator complex as a lysosome-associated machine that signals amino acid levels to mTORC1 revealed a key role for the lysosome in nutrient-sensing. His identification of rapamycin-resistant functions of mTORC1 and mTORC2 prompted the development of a new class of compounds that inhibit both and are now in clinical trials as anti-cancer agents.

In work in vivo, David’s lab uncovered molecular mechanisms through which fasting/feeding regulate organ physiology, including hepatic ketogenesis and intestinal stem cell self-renewal, as well as tumor growth. David is also interested in how small molecule metabolism affects growth control and has studied the role of the serine synthesis pathway in cancer and used genetic screens to find that aspartate synthesis is an essential function of mitochondria in cell proliferation.

Another major interest of David’s is technology development. His lab has pioneered methods for purifying unstable protein complexes, cell-based microarrays for high throughput screening of cDNAs, and genome-scale RNAi and CRISPR/Cas9 libraries that are widely used.

David is an Investigator of the Howard Hughes Medical Institute, Member of the Whitehead Institute for Biomedical Research, Professor of Biology at the Massachusetts Institute of Technology, and a Senior Associate Member at The Broad Institute and Member of the Koch Institute for Integrative Cancer Research at MIT. His distinctions include being named a W. M. Keck Foundation Distinguished Young Scholar, a Pew Scholar and a TR100 Innovator. In addition, he has received numerous awards including the 2009 Paul Marks Prize for Cancer Research, 2012 The Earl and Thressa Stadtman Scholar Award from ASBMB, 2013 Feodor Lynen Award from Nature, the 2014 NAS Award in Molecular Biology, and the 2014 Colin Thomson Memorial Medal.