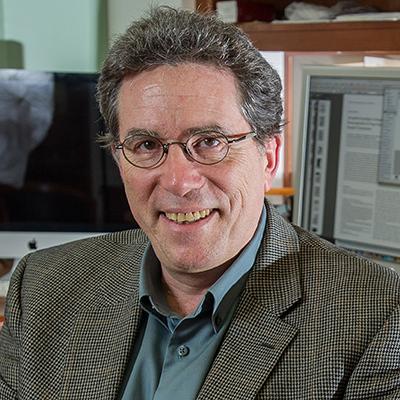 Dr. Anderson is Seymour Benzer Professor of Biology at the California Institute of Technology.

David Anderson is using molecular genetically based techniques to map and functionally dissect neural circuits that underlie emotional behaviors, such as aggression and defensive behaviors, in both mice and fruit flies. These innate behavioral responses and associated internal states form the evolutionary underpinnings of emotional behavior in higher organisms. These studies may ultimately aid in a better understanding of human psychiatric disorders. 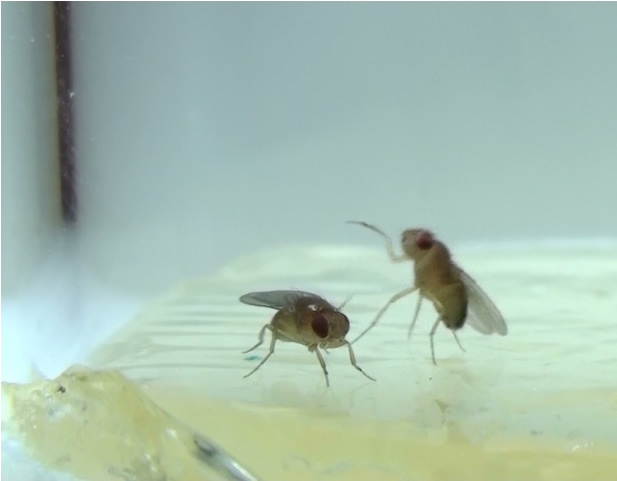 Research in this laboratory is aimed at understanding the neurobiology of emotion. We seek to elucidate how fundamental properties common to emotion states, such as scalability (the graded nature of emotional intensity), persistence, valence, and generalizability, are encoded in the circuitry and chemistry of the brain, and how these internal states combine with sensory stimuli to elicit specific emotional behaviors, such as fear or aggression. Our work employs molecular genetic tools to mark, map, and manipulate specific circuits to determine how identifiable populations of neurons contribute in a causal manner to behavior. These studies are complemented by the use of electrophysiology and functional imaging to measure activity in neural circuits. We use mice and the fruit fly Drosophila melanogaster as model organisms, because these experimental systems offer complementary advantages and disadvantages. A comparative approach may also highlight conserved features of neural circuit organization relevant to the encoding of emotion states and associated behaviors.

Emotion Circuits in the Mouse Brain
Research using the laboratory mouse Mus musculus focuses on understanding the neural circuitry of fear/anxiety and aggression.

The amygdala and hypothalamus are two evolutionarily ancient brain regions that have been implicated in the control of emotion states and emotional behaviors. Our current studies focus on the functional role of two genetically and anatomically distinct subpopulations of hypothalamic neurons that control defensive responses to predators, and social behaviors such as mating and inter-male aggression, respectively. In both cases, these neurons receive sensory cues from other animals they encounter, and create an internal representation based on these cues. These representations in turn control internal states and associated behavioral decisions. We are endeavoring to understand how this process is carried out mechanistically, using techniques such as optogenetics, pharmacogenetics, calcium imaging and electrophysiology. Our work seeks to integrate this understanding across different scales of biological organization, from the level of different classes of neurons and the signaling molecules they employ, to microcircuits up to the level of meso-scale interactions between neurons in different neuroanatomical structures distributed across different brain regions.

Interestingly, in the case of both defensive and social behaviors, we have discovered populations of neurons that control different aspects of these behaviors in a graded, threshold-dependent manner. For example, weak activation of fear-related neurons cause freezing behavior, while stronger activation causes jumping and undirected vigorous escape. Similarly, weak activation of the neurons that control social behavior promotes close social investigation and attempted mounting, while strong activation promotes attack. These findings suggest a common mechanism for translating different levels of activity within a population of related neurons, into different behaviors at different thresholds. How this transformation is carried out is an important topic for future studies.

Emotion Circuits in Drosophila
We are using similar tools as in the mouse to understand how the fly brain encodes internal states that govern behaviors such as aggression, or defensive responses to threats. However, unlike the mouse, where brain regions are selected for study based on historical evidence or intuition, in Drosophila it is possible to perform unbiased, large-scale screens for neurons that control a particular behavior, without making any assumptions about where in the brain those neurons are located.

Using this approach, we have discovered several new classes of neurons that control different aspects of inter-male aggression. For example, we identified a class of male-specific neurons that control aggressive arousal. These neurons signal this state by releasing a neuropeptide called Drosophila tachykinin (DTK). Interestingly, vertebrate homologs of DTK including Substance P have been implicated in aggression in rats, mice and cats. They have also been correlated with levels of aggressiveness in some human psychiatric disorders. The findings identify, to our knowledge, the first example of a gene that controls aggression in insects and vertebrates.

In another, larger-scale screen, we identified another population of male-specific neurons that control both aggression and courtship. Interestingly, our studies in mice have uncovered similar "dual-function" neuronal populations controlling mating and fighting. Whether the same or different neurons within each population controls these two behaviors is not yet clear. However, the results reveal interesting parallels at the circuit level between the control of these closely related social behaviors in vertebrates and invertebrates.

Automated Measurement of Social Behaviors
An important aspect of our research program is the development of automated methods for measuring complex social behaviors such as mating and aggression. In collaboration with Professor Pietro Perona at Caltech, we are using techniques from machine vision and machine learning to train computers to recognize when a pair of interacting animals – either flies or mice – engages in particular social actions, such as sniffing, lunging or mounting. The development of these tools greatly increases the throughput, accuracy and consistency of behavioral analysis, in comparison to human observers. This technology may someday prove useful in facilitating high throughput screens for drugs to treat psychiatric disorders affecting social interactions, such as autism.