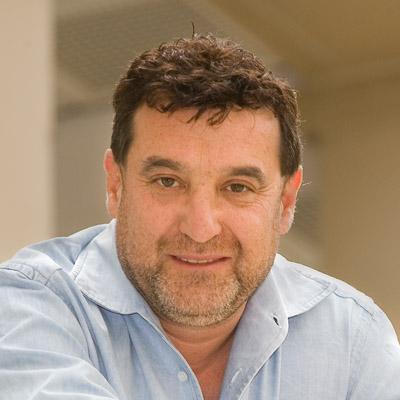 The intricate processes establishing the regulated expression of genes in mammalian cells are both astounding, and challenging to investigate. These processes give rise to the distinctive patterns of proteins produced and the distinguishing traits and functions of the various tissues. This specific patterning of gene expression must then be conveyed to daughter cells upon cell division to ensure their identical properties. My laboratory is geared towards understanding the fundamental mechanisms operating to turn genes on and off, extending from the pluripotent embryonic stem cells (ESC) to the fully differentiated committed cell lineage. Our strategy involves intensive mechanistic analyses performed in vitro and with this information, exploring the integration and functioning of these mechanisms in vivo. Our findings have been invigorating and gratifying, at times redirecting us towards unexpected, new areas of research.

Polycomb Group (PcG) of Epigenetic Regulators
The expression or repression of genes at the transcriptional level boils down to the structural state of chromatin and whether it is made accessible or inaccessible to the transcriptional machinery. The inherited features that dictate the structure of the nucleosome-packaged DNA (chromatin), without affecting the DNA sequence, are “epi”genetic. Some of the covalent modifications (acetylation, methylation, ubiquitination, amongst others) of the histone components of the nucleosomes may be epigenetic features as factors that catalyze and/or recognize these modified histones participate in generating appropriate chromatin structures.

ESC exhibit their pluripotency through the repression of master regulatory genes. These genes encode functions that when expressed, ultimately give rise to a committed cell lineage. We, and others have found that the Polycomb group (PcG) of proteins is key to maintaining the master regulator genes in a repressed state in ESC by directly impacting the chromatin state. When ESC differentiate, PcG proteins are removed from some of these master regulator genes dependent upon the particular cell lineage evolving. Importantly, PcG proteins retain repression of those master regulatory genes whose expression is contraindicated to a particular lineage. PcG proteins exist in two major multi-subunit Polycomb Repressive Complexes (PRC) in the cell: PRC1 and PRC2. Our isolation and characterization of PRC2 revealed that its Ezh2 component catalyses di- and tri-methylation of histone H3 at lysine 27 (H3K27me2/3). H3K27me2/3 is associated with repressed chromatin. Remarkably, PRC2 can efficiently propagate H3K27me3 to nearby nucleosomes through its Eed component that binds H3K27me2/3, resulting in a conformational change in PRC2 that stimulates its Ezh2 activity towards naive nucleosomes.

Recruitment to Chromatin
An open question in the field is exactly how PcG proteins latch onto their target genes in the first place. PRC2 recruitment appears to be multi-faceted. In some cases, PRC2 interaction with long non-coding RNAs appears to be important, and this feature is an active line of study in my laboratory. As well and unexpectedly, we found that repressive PRC2 is present at the vast majority of active promoters in ESC. Consistent with their active transcription, these promoters are devoid of H3K27me2/3 in spite of PRC2 being present. Remarkably, the catalytic subunit of PRC2, Ezh2, binds to the 5’ terminus of these nascent transcripts. Such interaction inhibits PRC2-mediated H3K27me2/3 catalysis until transcript production is silenced.  PRC2 is then in position to catalyze de novo H3K27me2/3 and maintain this initial state of repression. Signal transduction pathways also impact PRC2 recruitment. We found that activated Erk, known to foster commitment of ESC to a differentiated state, actually binds to DNA sequences within the promoter regions of master regulatory genes in ESC. Erk binding directly promotes the formation of novel chromatin features associated with pluripotency, including PRC2 recruitment.

Patterning and Inheriting Chromatin Domains
Some promoter regions of master regulatory genes in ESC contain bivalent domains comprising both the repressive H3K27me3 modification catalyzed by PRC2 and the H3K4me3 modification associated with active transcription. This ambivalence is generally envisioned as a flexible platform from which complete repression or activation of transcription resolves, dependent upon the developmental pathway. By canvassing cellular mononucleosomes, we assessed the natural occurrence of histone modifications: whether specific histone modifications arise on only one (asymmetrical) or as generally believed, both (symmetrical) sister histones within the same nucleosome. Surprisingly, both asymmetrical and symmetrical versions of modified nucleosomes were represented in the case of H3K27me3 and other modifications from ESC, fibroblasts, and cancer cells. Whether H3K27me3 and H3K4me3 comprising the bivalent domain signature occur on separate but nearby nucleosomes, or on the same nucleosome was also settled. Both modifications reside within a single nucleosome, but only asymmetrically. The biological rationale for this asymmetry became evident when we found that PRC2 is incapable of catalyzing H3K27me3 when H3K4me3 exists on both of the sister H3 histone tails. These findings set the stage for an elaborate investigation of how histone modifications are patterned to generate the resultant transcriptional programs.  These patterns are accurately propagated to daughter cells upon cell division. To tackle how such chromatin states are accurately propagated, we must learn precisely how nucleosomes and thus, their histone modifications, segregate during DNA replication. We are currently investigating this still uncharacterized process that is key to understanding inheritance of the proper transcriptional profile.

A prime example of how unexpected findings can be especially gratifying, guiding us into an unexpected territory, involves our biochemical studies of the other mammalian Polycomb Repressive Complex, PRC1. PRC1 actually exists in six major species, having common and exclusive proteins. Intriguingly, one such group contains AUTS2, whose specific function is unknown, although mutations within its gene are associated with Autism Spectral Disorders (ASD). Surprisingly, unlike typical PRC1, PRC1-AUTS2 actually activates transcription in vitro and in vivo.  PRC1 normally catalyzes H2AK119ub1 (monoubiquitination of histone H2A at lysine 119) that confers transcriptional repression. Yet, as part of PRC1, AUTS2 directly interacts with and recruits a factor (CK2) that subverts H2AK119ub1 production and another (p300) that activates transcription. Thus, the natural incorporation of the hitherto uncharacterized AUTS2 into a PRC1 complex has profound affects on the outcome to gene expression. Our mouse model has a conditional knockout of AUTS2 in the CNS and exhibits several of the phenotypes associated with AUTS2 disruption in humans.

Epigenetics in a Model Organism
To fully grasp the epigenetic basis of gene programming in the context of a whole organism, we are exploring the blueprinting of epigenetic features in experimentally approachable, social creatures: ants.  Having sequenced the genomes of two ant species, we are now tackling the alterations in epigenetic features that accompany changes in ant morphology and behavior with an eye towards clues to unraveling the epigenetic programming of human behavior and the aging process.

This research was supported in part by grants from the National Institute of General Medical Sciences.